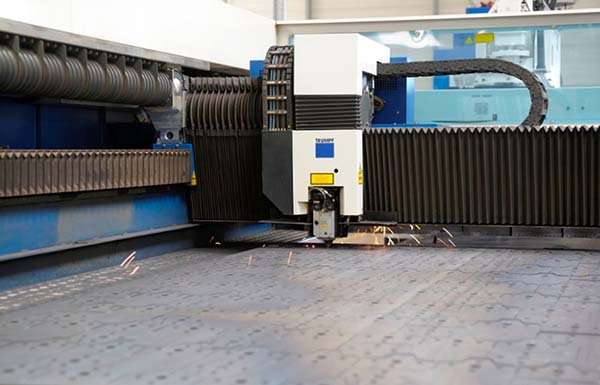 A contract to supply metal bread baskets for the Eiffel Tower’s restaurant was the catalyst for a laser-cutting company to invest in Radan sheet-metal CADCAM software. 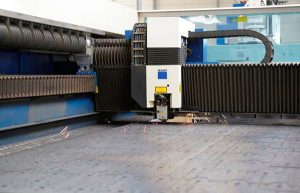 Vincent Glatre, plant manager at Métal Industrie, says: “The proprietary software with our laser cutter couldn’t solve the complex programming required for these components, and generated more knockouts than parts on the sheet.” The company urgently looked at several software systems, and the first tests with Radan’s nesting module enabled Métal Industrie to meet the order’s deadline.
“Beyond the immediate resolution of our nesting issue, we immediately saw a 10% reduction in cutting times, thanks to program optimisation,” says Mr Glatre.
He says that since then, Métal Industrie has strengthened its software step-by-step to make it a productivity tool every bit as valuable as a new machine.
“In the early days we used the software that came with our machines, which was fine for simple cutting and common issues, but as we took on increasingly complex work we needed Radan’s automation features, which were capable of optimising the nests, to save costs on raw material and increase productivity.”
Like many companies, Métal Industrie originally prepared its quotes on internally-developed spreadsheets. However, the company simplified procedures by integrating Radan’s Radquote software, which mastered all the required technologies while also supporting other data necessary for accurate and functional costing, such as analysis and transport.
“Its full flexibility means we can adapt it to the specific needs of each customer,” says Glatre.
For further information www.radan.com 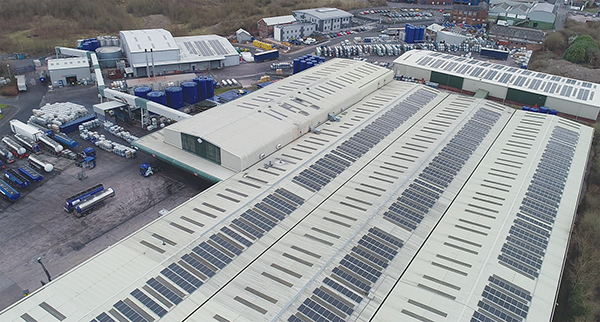 Fuchs, a specialist in cutting fluids and coolants, has signalled its commitment to climate protection by making plans for complete CO2 neutrality as early as next year. 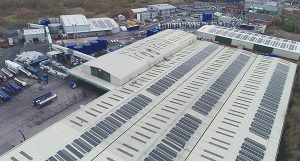 The company, which has its UK headquarters in Stoke, will be CO2 neutral globally by 1 January 2020, from energy consumption in production, to consumables in administration. In order to achieve this outcome in just two months’ time, Fuchs will offset any CO2 emissions which have not yet been avoided, with compensation measures. The company will therefore invest in high-quality climate protection projects aimed primarily at promoting renewable energies.
For further information www.fuchs.com

The family of software products from Prima Power has been expanded with the introduction of the company’s FastSuite Prima Power Edition, which has been developed by Cenit AG for Prima Power. The agreement with Cenit provides for the new 3D laser CAM software to be dedicated to 3D Prima Power laser cutting machines and distributed globally by the Italian company.

“Our latest product enables customers to set up their production processes as quickly and efficiently as possible, as the software is tailored to their requirements,” states Marco Pivanti, Prima Power 3D laser product manager.
The FastSuite Prima Power Edition manages the entire offline programming process, from importing CAD data to optimising the NC program. Among the main strengths of the software are the user-friendly interface, the integrated Prima Power cycle time simulator, and greater simplicity of configuration and management of licences.
In order to further increase the flexibility of the offer, FastSuite Prima Power Edition is available in two packages: Prima Power 3D Laser CAM Sharp, which includes the complete CAM system at a competitive price; and Prima Power 3D Laser CAM Genius, which also includes the fixture builder functions and the Prima Power cycle time simulator. The latter is described as the solution with the best price-to-performance ratio.
For more specific needs, Prima Power also offers Cenit-standard products like FastSuite E2 OLP, for customers that need to use the software on non-Prima Power machines, and FastTrim, the offline programming solution integrated with CATIA V5.
Prima Power will continue the distribution of Tebis software packages.
For further information www.primapower.com 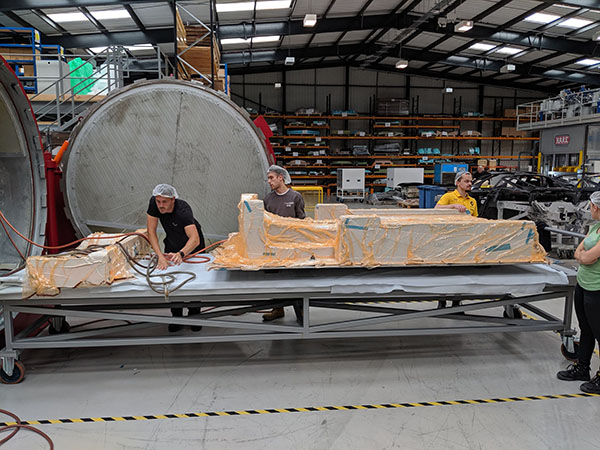 Formaplex has developed an ultra-light chassis for a solar powered electric car project managed by a team of undergraduate students from Cambridge University. 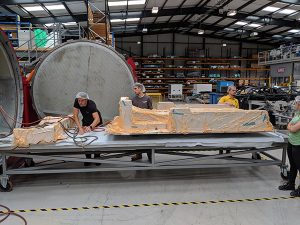 The car, which can travel from London to the Scottish Highlands at a speed of 50 mph on the same power it takes to boil a kettle, recently returned from an 1864 mile race across Australia. Formaplex, which counts major Formula One teams among its clients, tooled the carbon fibre chassis and body panels, significantly reducing the car’s weight. The team created a mould tool and helped the students to laminate layers of carbon fibre.
For further information www.formaplex.com 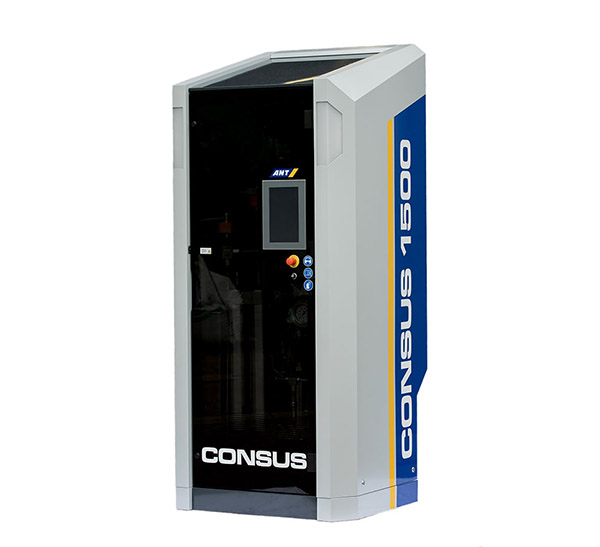 Under the banner ‘Suspension jet cutting – the most efficient way of waterjet cutting’, a specialist in mobile waterjet cutting, ANT Applied New Technologies AG, presented a trade fair highlight at the recent EMO 2019 exhibition in Hanover. ANT’s ConSus system is said to represent the next generation of portable waterjet cutting. 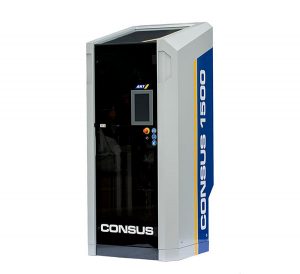 The novel waterjet cutting system claims to achieve double to triple the cutting speeds of conventional systems by eliminating air, and all this at a pressure of only 1500 bar. Where traditional injection processes reach their efficiency limits, systems by ANT have been designed to convince with high process accuracy and speed, as well as savings of 50% in running costs.
ANT also scores when it comes to material thicknesses of up to 1000 mm with good surface structure. The company invited EMO visitors to convince themselves of the quality of the machines by calling on the company’s stand to inspect its cutting exhibits, such as the combustion chamber of the Ariane 5 rocket and a cut piece from the dismantling of an offshore structure. The ConSus machine was awarded the Best of Industry Award 2018 in the category ‘Forming Technology’.
ANT Applied New Technologies AG, a specialist for water abrasive suspension (WAS) and special-purpose machinery, used EMO 2019 to present live demonstrations on its stand.
For further information https://ant-ag.com/en