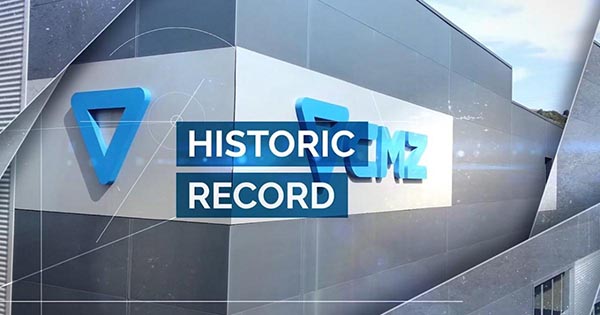 Lathe builder CMZ achieved a turnover of €85m in 2021, the largest figure in the company’s history. Sales of the company’s digital control lathes were up 53% compared with 2019, with 660 machines sold. The consolidated turnover figures, including those corresponding to services, spare parts and the e-commerce department (CMZ Store), recorded a total of €85 million with 515 machines delivered, 6% more than in 2019. CMZ is using 2019 as the benchmark year as it was the last ‘normal’ financial year before the pandemic. The company continues to be an eminent exporter, with 80% of sales leaving Spain. 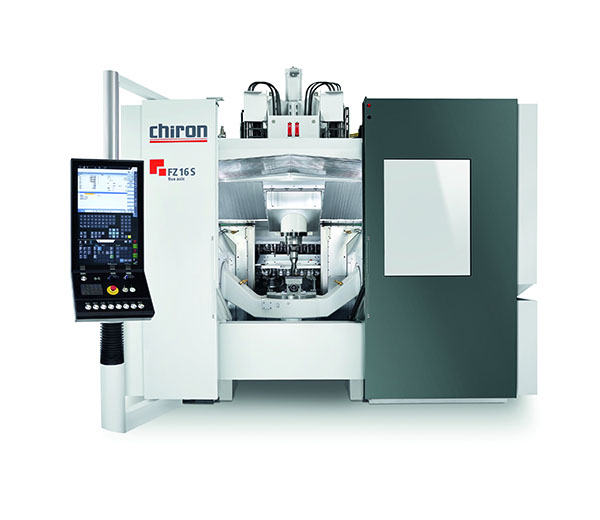 NSK says that its ball screws with nut cooling are setting new standards in the precision of machine tools with mechanical drive components. Confirmation comes not only from NSK’s own testing, but from machine tests conducted with machining centre manufacturer Chiron Group.

As a result of axial forces, acceleration and speed, the ball screw in a machine tool generates frictional heat that can cause the length of the screw to increase and lead to very slight but often critical positioning inaccuracies that may impair machining quality. To help avert this outcome, many machining centres use ball screws with hollow shafts. Coolant passes through the shaft to remove heat from the system. This method is quite costly however, because rotating screws require a rotary union in addition to the hollow bore.

A new approach is to cool the nut, which means there is no need for an expensive hollow bore and rotary union as cooling takes place directly at the point where heat generates. Another key benefit is that the heat generated in the ball screw no longer dissipates directly in the machine. This thermal decoupling between the machine and ball screw is important because any heat can impair dimensional stability.

NSK engineers designed the nut body so that changes to the ball screw caused by cooling have no negative influence on its performance profile, as confirmed by endurance tests at NSK’s Technology Centre.
Many years of co-operation with Chiron Group have also confirmed these results in practice. The use of NSK ball screws with cooled nuts means that machining centres of the Chiron 16 and 22 series operate with high precision, which not only applies to ease of positioning, but to machining accuracy and surface quality. 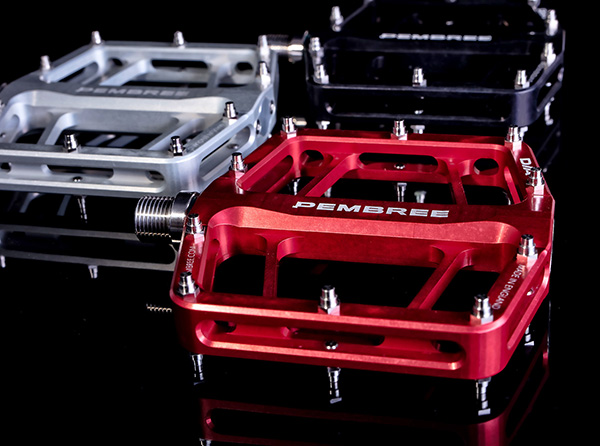 Established 48 years ago, turned parts contract machining specialist Precision Products, based in Rustington, West Sussex, has weathered the recent turbulent times remarkably well. Although it had to downgrade its turnover target in April 2020 at the start of the last financial year due to a collapse in aerospace contracts, which traditionally account for 10% of turnover, the loss was largely offset by winning Covid-related medical contracts for the production of components for ventilators, hospital beds and testing kits. Some new medical work is ongoing, such as the manufacture of parts for micro-pumps used in disinfectant spraying equipment.

Consequently, the firm met its planned turnover for the period to April 2021 and is ahead of target for the year to April 2022. Profitability has increased following a detailed analysis of cost structures and working practices by managing director Sally Thorley, enabling the company to quote more competitive prices. Around-the-clock running five days a week has continued and there have been few staff changes, except for a couple of retirements and the appointment of two additional personnel. One is finance manager Charlotte Turner and the other is sales and estimating engineer Sean Keet, who has a wealth of experience in a similar role. They bring the total number of staff to 32. Following on from all personnel trained to Level 2 in NVQ Business Improvement Techniques, four managers are currently undergoing training with the Institute of Leadership & Management, two at level 5 and the others at level 3.

Extra business received from UK sources that have helped the company to achieve a positive result during such a difficult period includes machining families of stainless steel spindles, studs and end caps to tight tolerances for top-end mountain bike pedals manufactured by Pembree in Heathfield, East Sussex. 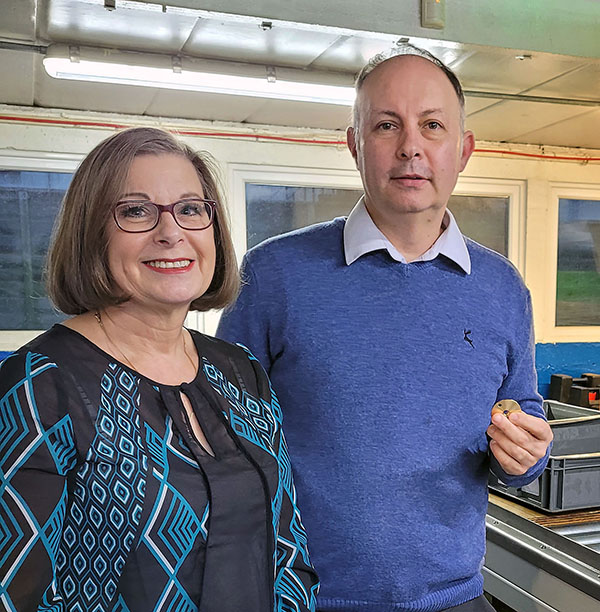 Together with other new UK contracts, some gained as a result of Precision Products taking a stand at the Southern Manufacturing 2020 show in Farnborough, the subcontractor’s tally of active customers is 136. The company also exhibited at the 2022 show earlier this month.

Helping to boost turnover further has been an increase in direct exports, which now accounts for 12% of turnover due in part to a major new contract for the supply of brass air caps to the Chinese factory of a multinational air humidifier manufacturer. Other overseas markets that are regular recipients of the subcontractor’s components include Hungary, Mexico and the US.

The subcontractor’s first Citizen Cincom slider with LFV (low-frequency vibration) software for automatically chip breaking difficult materials arrived in early 2020. The 20 mm bar capacity L20-VIIILFV with B and Y axes, which can be operated with or without a guide bush, allows technically challenging components to be produced more efficiently from normally long-chipping plastics and stainless steels.

Thorley says that customers are increasingly asking for components produced from both materials, with plastics being used more and more for medical work, while stainless steel accounts for as much as 40% of throughput. 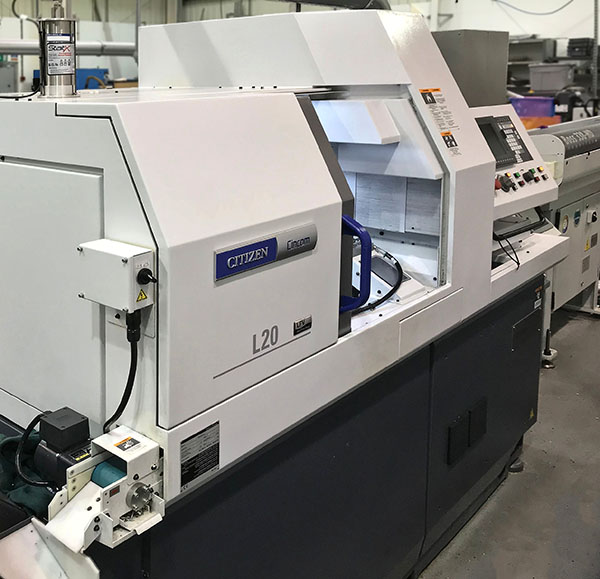 Citizen trained five of Precision Products’ operators in the use of LFV and feedback from the shop floor on the software’s effectiveness has been positive. It is proving particularly useful in view of the current trend towards industry increasingly asking for miniature parts machined from these and other problematic materials to tolerances measured in microns.

Environmentally, it is significant that, as with all modern Citizen turn-milling centres, the L20 is an eco-friendly machine that has undergone comprehensive assessment in respect of emissions during operation, the use of recyclable materials in its construction and the minimisation of ecologically hazardous substances during machine build.

Regenerative technology saves energy for reuse by storing decelerating axis movements as electrical power. Additionally, when the spindles and feed axes are stopped, for example during program editing, the servo drives turn off automatically so that the amount of power consumed during standby is reduced.

This was the first sliding-head lathe in Rustington to be fitted with a Wogaard Oil Saver system for recycling neat oil, although four of the Miyanos on-site are already equipped with a similar coolant saver unit. The maintenance-free device sits at the bottom of the swarf bin, continuously sucking up cutting fluid that has been transported there on the swarf, automatically returning it to the machine’s coolant tank for reuse. It not only saves oil or coolant but also reduces subsequent energy expenditure required for spinning the swarf prior to recycling. 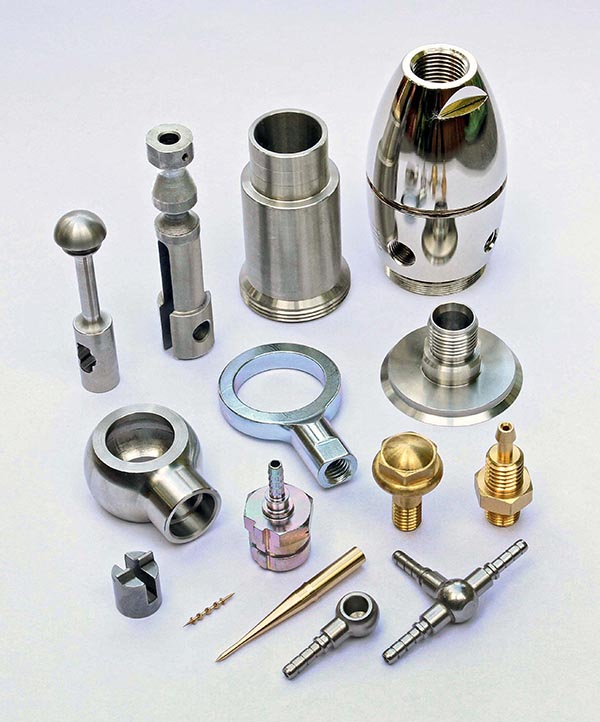 Again with ecology in mind, the subcontractor’s MecWash aqueous cleaning machine has been replaced by a more efficient, environmentally friendly Duo 400 model that combines flood and spray washing, followed by heated spray rinsing and hot air drying. The rinse stage can be used to apply a corrosion inhibitor to ferrous components. The machine incorporates the Aqua-Save system for treating and recycling up to 90% of the wastewater, minimising expensive off-site treatment and disposal.

Other energy-intensive areas addressed by Precision Products include the replacement of an old air compressor with a new model that consumes considerably less power, producing savings in carbon dioxide emissions of more than 12 tonnes; and the replacement of tungsten and fluorescent lighting throughout the factory with LEDs, saving the release of a further 4.8 tonnes of carbon dioxide annually.

On a final note, Thorley says that Precision Products is proud to have been able to keep going virtually unaffected during the difficult trading conditions created by the pandemic. She adds that the company manufactures high-quality CNC turned parts backed by CBS EN ISO 9001:2015 approval and AS 9100 Rev D accreditation in the case of aerospace components. Shortly before the end of last year, the subcontractor had its former approval recertified. The company that carried out the online reassessment is on record as saying that it was one of the best audits it has ever completed and that Precision Products was the only company it dealt with during the pandemic that achieved or exceeded all of its key performance indicators. 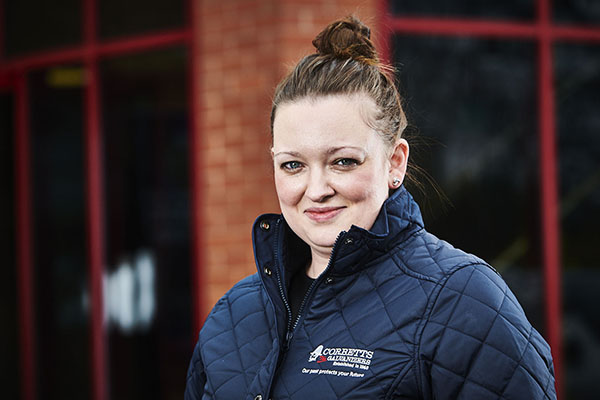 One of Shropshire’s oldest manufacturers is targeting over £2.5m of new opportunities in 2022, as more companies tap into the firm’s short lead times and high quality. Corbetts the Galvanizers, which celebrated its 160th birthday in 2020, has seen significant growth from the transport, street furniture, agriculture and construction sectors during the past 12 months, with orders expected to jump a further 20% going forward. Despite taking on 30 new staff, the Telford-based firm is still looking to bolster its workforce with a further 39 employees and is embarking on another recruitment campaign. 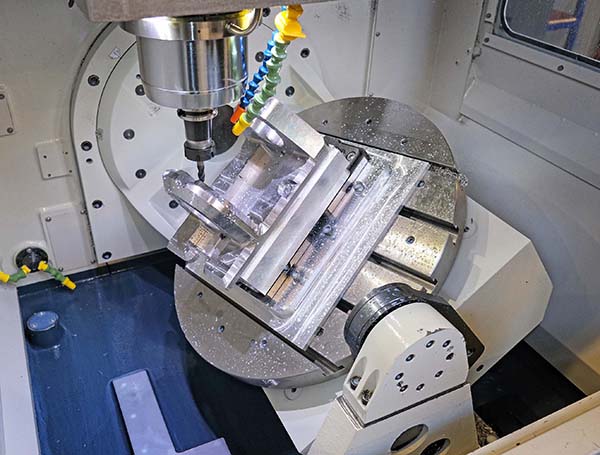 For the ongoing production of a particular component for a defence industry customer, Pontypool-based subcontractor PRV Engineering has invested in a Spinner U5-630 trunnion-type, five-axis vertical machining centre from sole UK sales and service agent Whitehouse Machine Tools.

The U5-630 is devoted to producing a fabricated steel hatch measuring approximately 300 x 200 x 200 mm for an armoured tank in a cycle time of 5.5 hours, more than 20% faster than when the machine first arrived on the shop floor. The subcontractor confidently expects to reduce the single set-up metal-cutting cycle by a further 20 minutes as it becomes more familiar with programming the new VMC.

The previous production route was to mill and bore the three-part fabrication on either of two much larger five-axis machining centres having a 3000 x 800 x 800 mm working envelope, a travelling column and a swivelling B-axis spindle head. Three set-ups were required and the total production time was 10 hours, which meant that it was not feasible to produce one hatch per day during a single shift.

Apart from raising the efficiency of production by nearly halving the cycle time, another reason for investing in a VMC dedicated to the job was the need to free-up the larger capacity plant and meet demand for an increasing amount of plate work.

PRV Engineering’s managing director Simon Jones and works director Alun Cox researched the market for a five-axis, trunnion-type VMC that was appropriately sized for this defence industry contract. The Spinner option was chosen partly due to its generous 630 x 530 x 465 mm working envelope in a footprint of just 2.75 x 2.53 m. Other machines on the shortlist were far less compact.