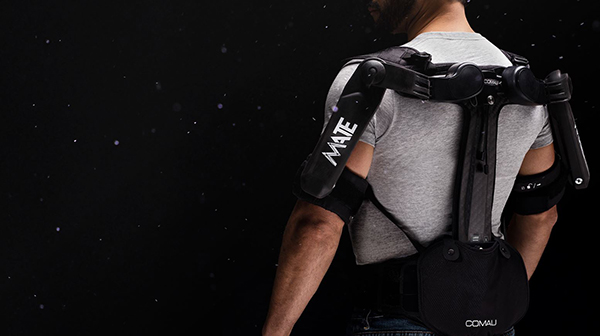 With the aim of strengthening the use of wearable robotics to facilitate human-machine collaboration, Comau and IUVO are partnering with Heidelberg University, a leading research institution. The joint project aims to further quantify the degree to which the MATE-XT exoskeleton can reduce physical stress during strenuous tasks involving repetitive shoulder flexion movements. Notably, the scientific study will analyse the biomechanics of using MATE-XT for new applications, under new conditions and within new industries and outdoor environments, while verifying user learning and motor adaptation speeds. 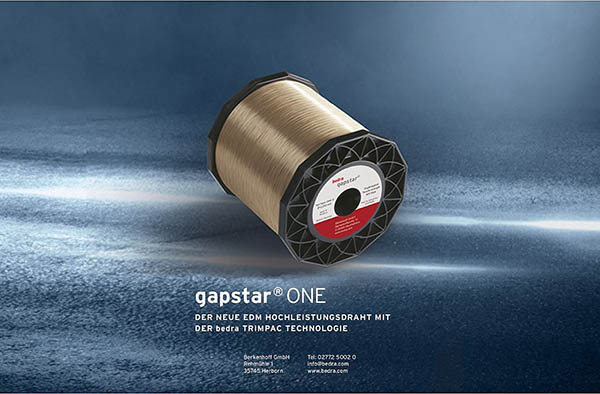 Even though Bedra (a Berkenhoff brand) launched its new-generation TRIMPAC EDM wire in 2019, relatively few are aware that this novel coating technology carries a patent.

From the strengths of its classic wire generations, which include Cobracut, Broncocut and Topas, Bedra developed the new coating technology TRIMPAC, which stands for ‘triple impact sheath. Ultimately, the coating combines three effects. Firstly, the wire has a thin oxide layer that acts like a semiconductor and prevents faulty discharges, which improves cutting quality. Secondly, the increased zinc content of the sheath increases abrasion, while at the same time improving wear resistance. And last but not least, the surface features a special structure that has a positive effect on cutting performance and quality.

Through field tests and laboratory results, Bedra has shown that the use of Gapstar ONE in comparison with bare brass wire will result in cost savings of more than 37% for the same application. When using Gapstar ONE, considerably higher productivity is possible than with conventional EDM wire, thereby improving the capacity utilisation of EDM machines, says the company.

Factoring in wire costs, machine costs, wire consumption and cutting performance, the adoption of Gapstar ONE will prove that considerably higher productivity is possible compared with conventional EDM wire.

Thanks to a number of breakthroughs, FANUC says that its new ROBOCUT α-CiC series of wire EDM machines offers even higher levels of reliability, cutting speed, surface finish and dimensional precision. The many customer-centric enhancements include an entirely new mechanical structure, pitch error compensation across the complete work surface, a simplification in taper cutting adjustment and a hardened table as standard.

FANUC’s new ROBOCUT α-CiC provides users with a major accuracy boost thanks to the introduction of a high-precision pitch error compensation function. A special factory-calibrated compensation grid ensures pitch error correction over the entire X-Y table area – rather than a single central point – delivering a significant advantage in workpiece accuracy. It no longer matters where the workpiece is located on the work surface, the same level of optimum precision will result.

Improvements in taper cutting performance and ease of adjustment represent another notable advance. The traditionally complex operation of setting and adjusting the wire taper is now straightforward thanks to the use of a basic jig guided by on-screen instructions.

FANUC appreciates that process control is paramount to success in wire EDM operations. ROBOCUT control enhancements via the latest feature-rich FANUC iH Pro user interface focus on leveraging the advantages of the new mechanical structure to cut more efficiently. The new and improved user interface with its 15’’ widescreen, multi-touch LCD means that more intuitive operation is a further advancement, even for those relatively new to wire EDM. 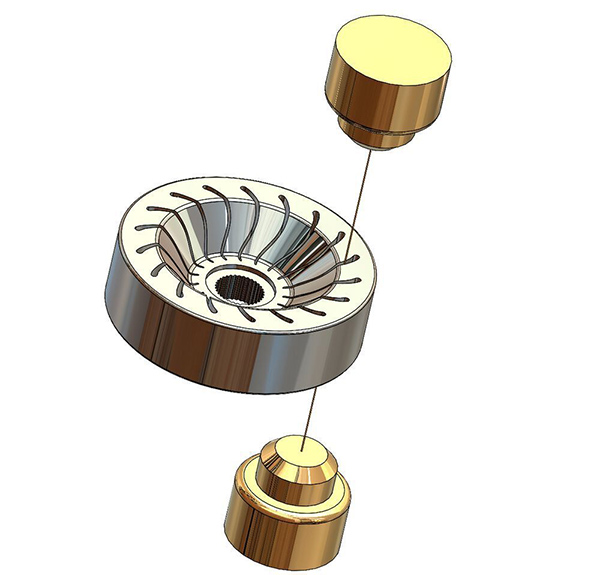 HCL Technologies has launched a wire EDM module for its CAMWorks suite of CADCAM software. The wire EDM module includes new functionality that takes the design model to G-code in one click. Once the user clicks the ‘Solid to G-code’ button, the system automatically searches the part for machineable features, identifies them, generates all the operations with the user’s preferences and settings (including tool offsets, cutting conditions and start holes), creates the toolpaths, and posts the G-code. Using the new wire EDM module, even complex two-axis parts, two-axis parts with tapers, and full four-axis wire EDM parts are now programmable in a single click.

The new CAMWorks wire EDM module also includes enhanced feature recognition for non-planar geometry. Instead of the user needing to project the geometry for the top and bottom of the part and create 2D sketches, the new wire EDM software uses geometry directly from the solid model to construct and create the correct top and bottom profiles automatically.

Automatic angular wire threading analyses the part and automatically recognises when angular threading would be required. It then creates the tool paths necessary to allow for angular threading of the wire and to machine the part.

Support for SOLIDWORKS patterns simplifies the NC code and streamlines the programming process by automatically identifying the patterns and utilising them to simplify the CNC program.

The technology based on face colours allows the user to easily identify and manage features that require programming, as well as the machining required. 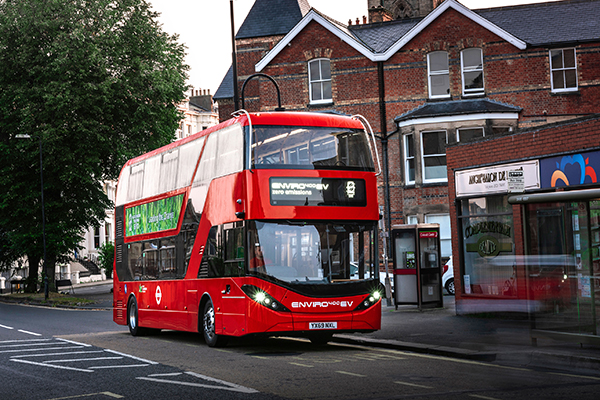 BYD UK and Alexander Dennis Ltd (ADL) have jointly confirmed that their electric vehicle partnership will deliver the UK’s largest ever electric bus order. The order has been placed by RATP Dev London, one of Transport for London (TfL)’s principal bus operators, for a total of 195 single and double deck vehicles. With this order, RATP Dev London confirms its commitment to supporting TfL’s electrification plan for London’s bus network, a key objective of the Mayor’s Transport Strategy for 2018, under which all TfL buses will be zero emissions by 2037.