The world’s leading electric vehicle (EV) manufacturer has placed an order with ONA for the purchase of two units: an AV130 wire EDM model and the first recently introduced ONA Iris T10 machine.

Stepping up to help the plant meet this goal is ONA and its large-scale AV130 and Iris T10 machines.

This customer has been the first to incorporate a new ONA Iris model into its facilities.
Earning the trust of a manufacturer as important as this one was based on three key points. First, the ONA Iris has a simple, intuitive and easy-to-use interface with a large number of digital tools incorporated to simplify handling for any user. Second, the machine has a powerful graphics engine: the user can create all of the simulations needed to test possible results before launching the project. This way, the customer has absolute control over the manufacturing process, making changes easily until obtaining the desired result. And all of this while the ONA Iris is in full production with another project.

Last but not least, ONA says that its Iris machine integrates the market’s most powerful generator, which is 100% digital, configurable and programmable. This high-performance, smart digital generator can reach 400 A of intensity, which ONA says is the most power on the market. More power means more productivity. 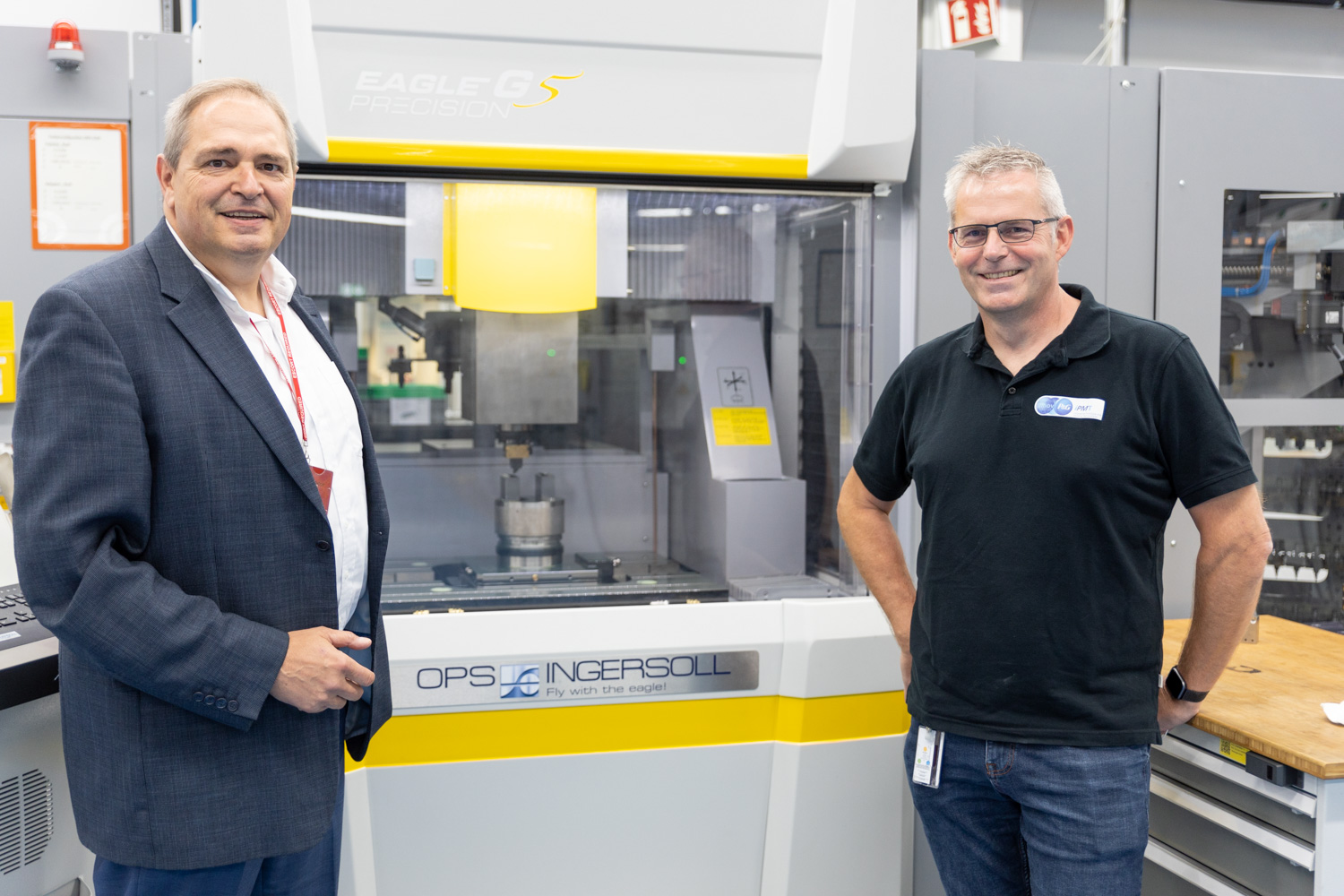 In 2018, the mould-making department at Procter & Gamble optimised its portfolio to meet requirements for multi-cavity moulds that need small, high-accuracy geometries. In addition, the company wanted to continue its changeover from copper to graphite electrodes, which began in 2014. With the investment in OPS-Ingersoll’s Eagle G5 Precision die-sinking EDM machine, which is available in the UK from the Engineering Technology Group (ETG), Proctor & Gamble has fulfilled this task. Now, the company has numerous options for making the manufacturing processes more efficient and economical, while having the ability to tackle new challenges.

Prototyping and tool-making activities at Procter & Gamble focus on dry and wet shavers as well as manual and electronic toothbrushes. To meet high interchangeability and accuracy demands, the Kronberg plant in Germany was looking for a new die-sinking EDM machine.

“After a short benchmarking exercise, we realised that there was no machine on the market that was comparable to the Eagle G5 Precision,” states Jürgen Mohr, group head of innovative prototype and moulding technologies. “We’ve found that the quality characteristics of the G5 Precision have enabled us to meet our requirements for high precision in multi-cavity moulds and high-quality surfaces.”

With optimal process reliability and the fact that it is no longer necessary to intervene in the process to optimise the erosion technology, Proctor & Gamble can now manufacture parts with an accuracy of less than ±0.01 mm in a fully automated process. There are enough examples in Kronberg that speak for the use of EDM, including mould cores with a clamping length of 250 mm that tend to vibrate during milling. Where these parts used to be milled and partially eroded, they are now finished in a single EDM operation on the G5 Precision.
For further information www.engtechgroup.com 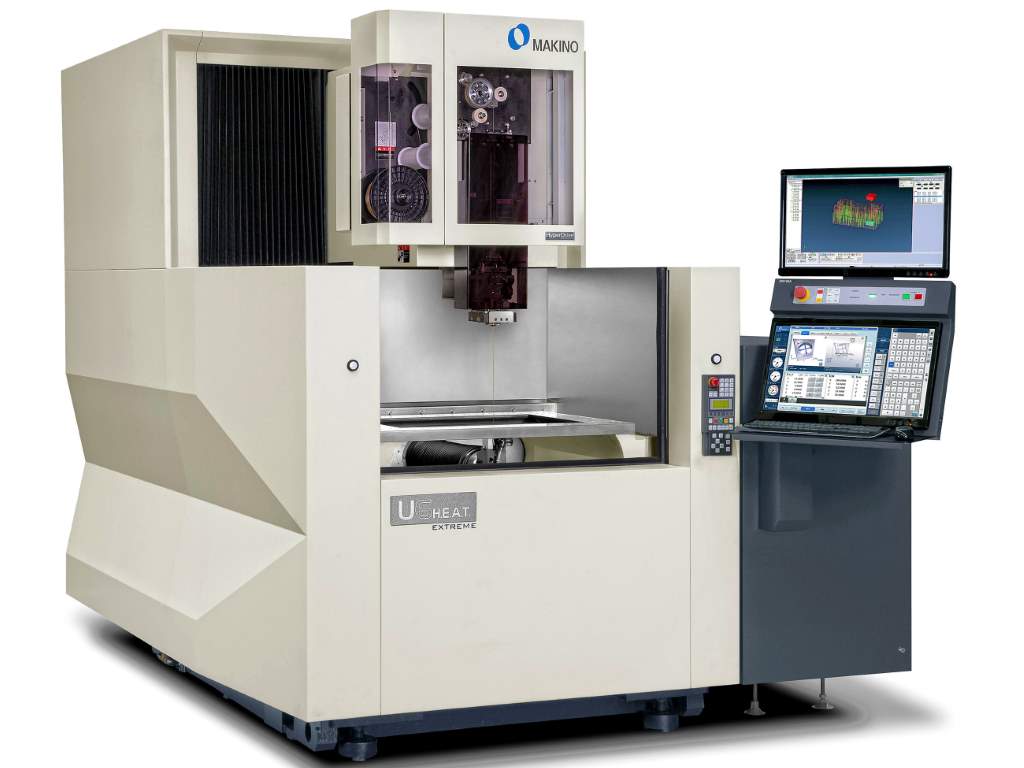 At the recent MACH 2022 exhibition in the UK, NCMT showcased the Makino U6 H.E.A.T. Extreme wire-cut EDM centre. In addition to using standard wire from 0.1 to 0.3 mm, NCMT says the machine is optionally able to run the largest diameter wire – 0.4 mm – of any machine on the market. The wire is coated and distinct from the uncoated brass wire that is commonly used in industry.

The extra wire thickness, together with the use of a second booster generator in the machine, allows 2-3 times higher productivity and heavier duty machining compared with using a standard 0.25 mm wire. Thicker wire also allows a slower unspool speed, so there is no increase in wire consumption rate. The demonstrations on the NCMT stand focused on the machining of a tall keyway, together with a comparison of machining with 0.4 mm wire and other diameters in a set time, assisted by dual pumps delivering high pressure and volume flushing.

Part of Makino’s U-series wire EDM machine platform, the U6 H.E.A.T. Extreme uses a new Bedra copper core wire featuring a double-layer coating with controlled zinc donation. The wire has been optimised for use with Makino’s generator and is exclusive to the new machine, promoting fast cutting at a reduced wire speed, leading to lower manufacturing cost. Areas of application include aerospace and medical component machining, separating additively manufactured parts, machining tall moulds and dies, and tackling tough nickel alloys. 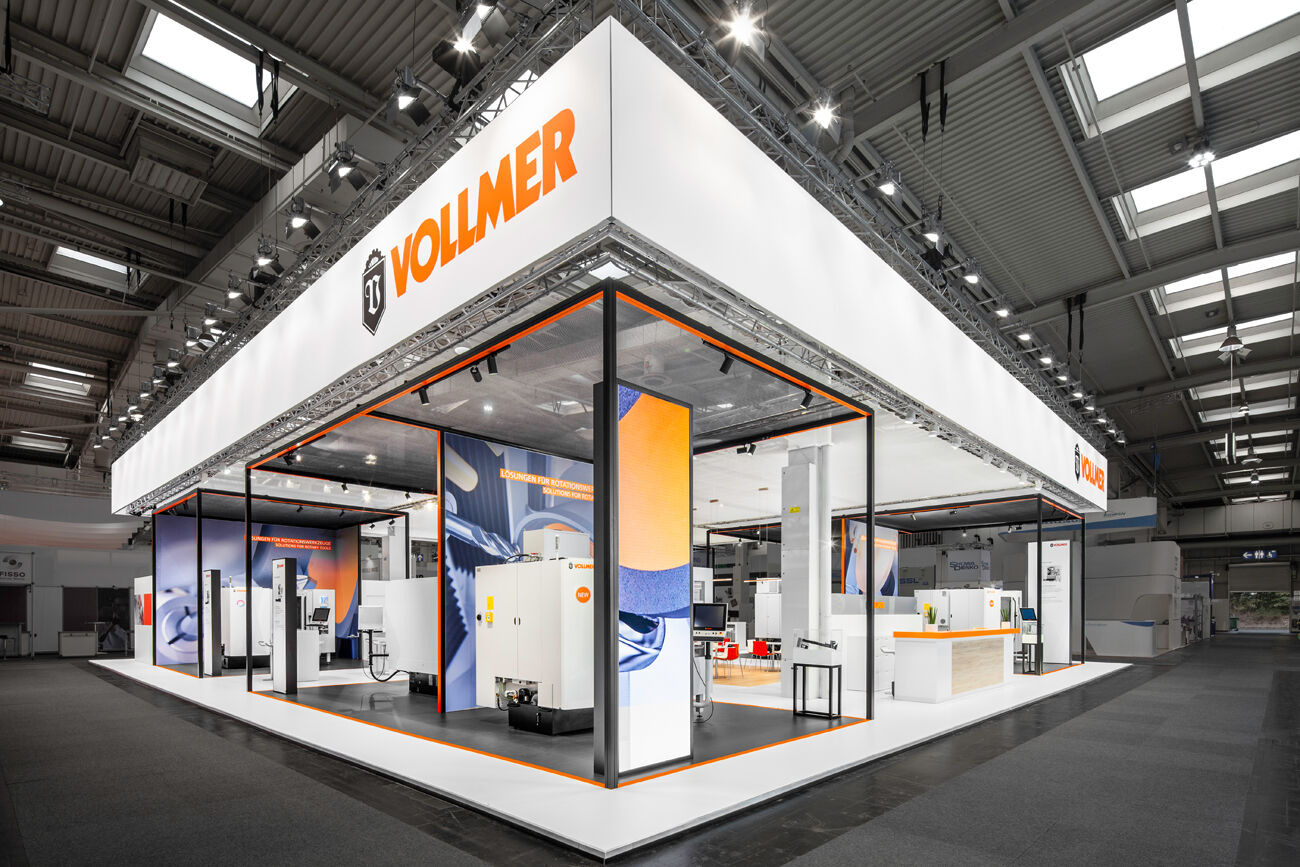 Vollmer grinding, eroding and laser machines are backed up by smart and digital services, ensuring maximum sharpness. Thanks to sustainable technologies, the company plays its part in environmental sustainability. Social refers both to the increased importance of social media platforms such as LinkedIn, Facebook and YouTube, and to the social links between Vollmer and its customers, suppliers and employees, as well as its efforts to support young people. The company uses events and webinars to maintain a strong position as a technology leader, while continually improving the efficiency of its machines and services.

The GrindingHub 2022 exhibition also marked the world premiere of three new VGrind grinding machines, suitable for machining carbide tools. These machines apply the tried-and-tested technology of the VGrind range: they are also based on the innovative double-spindle concept, which enables precise and efficient multi-level machining thanks to two vertical spindles. By expanding its machine range in the area of tool machining, Vollmer can more precisely address the individual needs of its customers.

In addition, Vollmer has added two new machines to its range for grinding circular saw blades. These models are suited to machining tooth faces and tooth tops, as well as the flanks of carbide-tipped saw teeth with a wide range of geometries. The machines feature intuitive operation, enabling users to learn sharpening processes almost instantly. They can be combined with tried-and-tested Vollmer automation solutions for round-the-clock operation without manual intervention.
For further information www.vollmer-group.com 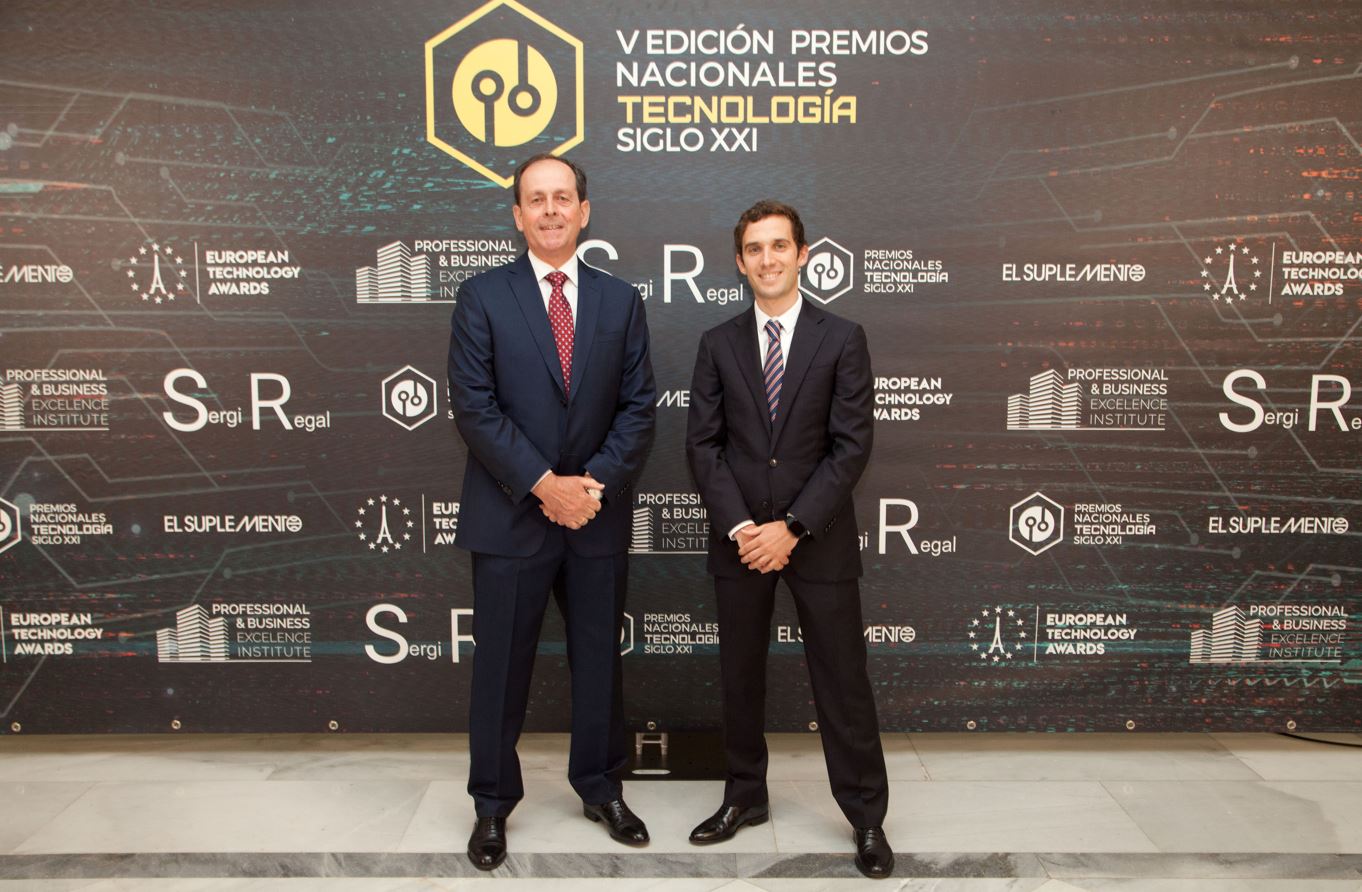 Lathe and turning centre specialist CMZ received recognition in the 5th annual National Technology Awards as the best Industry 4.0 company. The award was unexpected, and it is an acknowledgement of the company’s track record and the role it has played in developing advanced software for managing day-to-day work. Staged at the Westin Hotel in Madrid, the award was presented to Iñaki Zumarraga, managing director of CMZ. A grateful Zumarraga dedicated the prize to those he acknowledged as being the real architects: the company’s employees, especially the team of software engineers.
For further information www.cmz.com