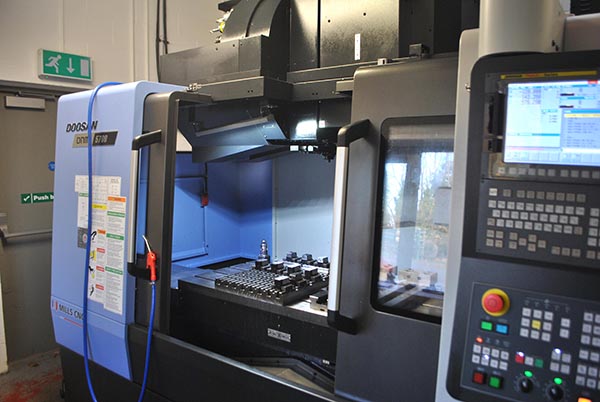 The fact that a Lynx 2100LYA lathe was in stock at Mills CNC’s campus facility in Leamington and ready for immediate delivery, made the decision to invest a relatively straightforward one.

Since installation, the Lynx 2100LY has significantly strengthened MRN Engineering’s machining capabilities. The company can quote machining work that involves both turning and milling operations more accurately, quickly and successfully. No longer having to outsource turning work to third parties has also resulted in MRN Engineering being more competitive, better able to achieve tight customer deadlines, and more in control of its machining operations and business performance.

Says North: “We’re now in a win-win position. Being able to handle milling and turning work in-house makes life easier for us and our customers.”

To help increase its turning capabilities further still, MRN Engineering has recently invested in a new Hydrafeed Multifeed 65 electro-pneumatic bar feeder, which is now integrated with the Lynx 2100LY.

“Automating the Lynx means that we can now machine larger batch sizes and run the machine unattended,” concludes North. “As a result, I’m able to improve operational efficiencies, and reduce job set-up times and component costs.” 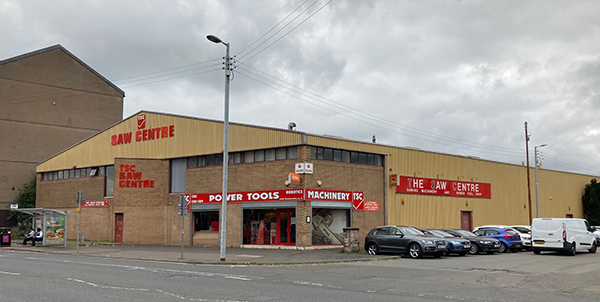 As a company with roots dating back to 1889, The Saw Centre and its growth trajectory really took off when a father and son partnership acquired the business in the late 1960s. The company has grown exponentially since then and now employs more than 30 staff at a 20,000 sq ft purpose-built facility. Now in its third generation of family ownership and jointly managed by David Stevenson and Tony Galbraith, The Saw Centre has evolved, with significant growth of its saw blade sharpening business bolstered by diversification into the sales and service of machinery for the wood, metal and UPVC sectors.

To expand its portfolio of services, the acquisition of a tooling service and manufacturing company in 2006 provided staff with the skills and knowledge to service the needs of the precision engineering and panel processing industries. The purchase of the small tooling company enabled The Saw Centre to move work from traditional machines to a CNC grinding centre and, subsequently, become the only independent company in Scotland with this facility. However, the mainstay of the business remains as its name suggests, and it is here that grinding and sharpening machines from Vollmer have made a significant impact.

Despite working around the clock for 20 years, saw blade technology has evolved and this required a new solution. 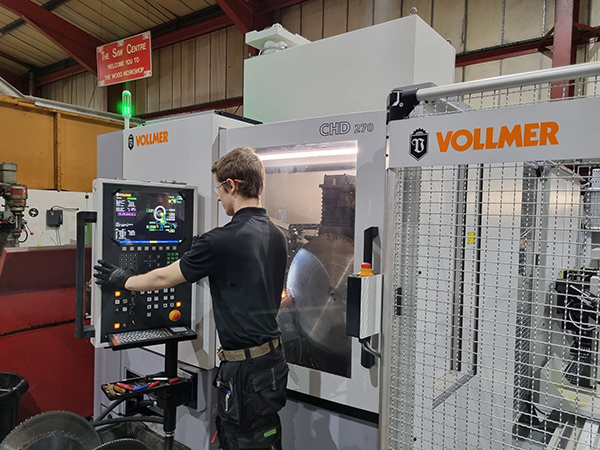 Joint managing director Tony Galbraith says: “The evolution of saw blades for our primary industries of wood, metal cutting, construction and UPVC has moved on drastically in the past 20 years. To service the needs of our customers and streamline our productivity, we needed to upgrade our machinery. This upgrade was the Vollmer CHD270 with ND250 five-stack robot loading system that arrived in 2021.

“As manufacturers strive to improve productivity and prolong saw blade life, the required geometries have become ever more complex,” he continues. “Unfortunately, the software, kinematics and machine movement of the old Vollmer CHD250R2 meant that we either had to undertake two or three set-ups to complete complex saw blades, or we would subsequently subcontract the work out to another supplier. In some instances, we turned away the sharpening of certain blades. Now, we can regrind everything on the new CHD270 and, when it comes to TCT saw blade sharpening, I wouldn’t go to anyone but Vollmer.”

The Vollmer CHD270 is a fully automated machine for the complete machining of TCT circular saw blades with eight CNC-controlled axes and measuring equipment. With the CHD 270, the entire grinding unit mounts compactly and robustly on a central monoblock main structure. Furthermore, the patented twin grinding wheel concept provides complete machining without having to replace the wheel.

Factory manager Scott McQuillan, who has been with the company for 25 years, says: “In the past 20 years, saw blade geometries have evolved considerably in all sectors, as saw blade suppliers and their customers strive to improve performance and blade longevity. In the panel processing industries, the demand for hollow ground blades with concave tooth geometries has increased drastically. Used in wall saws and vertical panel saws, the blades require an excellent finish and, as we are selling more of the machines and blades, we had to find a more efficient way of grinding them. Previously the blades would require two processes on two machines to get the quality we were looking for.” 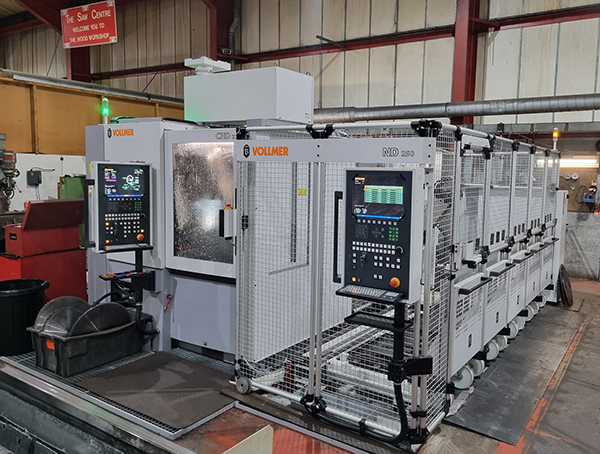 The transfer of blades between the two machines resulted in a sharpening time of approximately 40 minutes, depending on blade size and type. Furthermore, these saw blades had to be manually loaded, increasing the workload for staff as the volume of blades continually increased.
“With the new CHD270 we can process the saw blades in a single automated set-up in less than 20 minutes,” says McQuillan. “Not only has this slashed our cycle times by 50%, it has eliminated manual loading as we can just put the blades into the ND250 robotic cell and forget about them.

“Blade manufacturers are continually increasing the geometry range of their saws and this is particularly prevalent in the UPVC and aluminium industry,” he continues. “We have some saws with flat tooth geometry and side bevels that would previously require three operations. This is now a single operation on the CHD270. Likewise, some saws would alternate teeth between flat and bevelled teeth. The CHD270 takes all this in its stride as it has all the tooth forms and geometries we could ever need, future-proofing our business from next-generation saw geometries that may come along.”

The move from the ageing Vollmer CHD250R2 to the next-generation CHD270 has gone far beyond extending flexibility and capacity at The Saw Centre.

“The machine has a host of new features that highlight how Vollmer has evolved its technology over the past two decades,” states McQuillan. “For instance, the CHD270 software is more user friendly than ever before and we now have apprentices becoming very competent at setting the machine with minimal training. 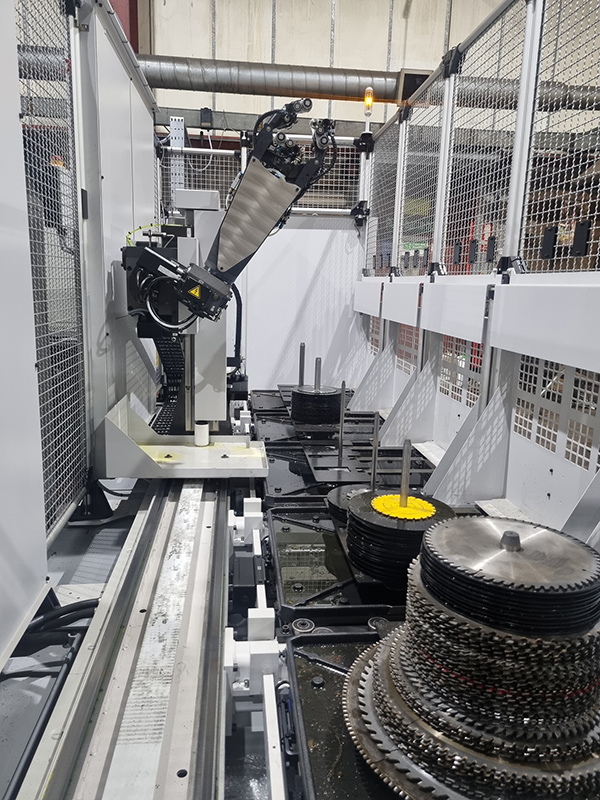 “Likewise, the software for the ND250 robot loader has improved. Previously, if there was an issue with a saw blade in the middle of a stack, we would have to remove half of the stack and reload it. Now, the software allows us to remove individual blades from the processing cycle without re-stacking. Additionally, with the variety of portable plunge saws on the market, we now can stack blades that are under 180 mm. We spent 2-3 hours of each day manually loading the portable saw blades but now, with the facility of stacking up to 70 at a time, we are gaining more time each day. Processing time has gone from 9 minutes to 6 minutes.”

In conclusion, McQuillan says: “The software, flexibility, kinematics and performance are much improved from the previous machine, but there is far more; the machine is more robust and the build quality has improved too. Additonally, the probing and measuring system is second to none, which means it is near-impossible to make errors. Even the hydraulic oil system has been enhanced with a new pneumatic system that is cleaner and safer for our staff.”

Industrial 3D printing technology specialist EOS is launching a new end-to-end production network to connect companies of all sizes seeking high-quality serial additive manufacturing (AM) support with selected, certified EOS partners. Prototal Industries, Scandinavia’s largest and most specialised additive manufacturing company, is the first contract manufacturer to join the network. To become a network partner, companies run through a certification process where the end-to-end capabilities are the key criteria. Initially, the network will take shape in the EMEA region, with plans to expand. 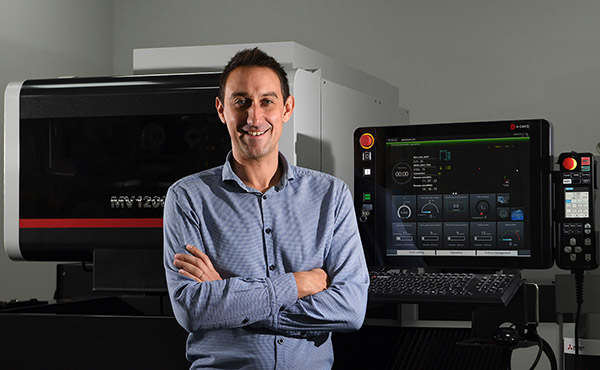 A West Midlands training provider is heralding an apprenticeship boom from employers as they strive to find solutions to growing recruitment issues. In-Comm Training has more than 130 current positions at its three technical academies in the Black Country and Shropshire for young people and mature learners looking to embark on new careers in engineering or manufacturing. There are immediate starts for budding technicians, machinists, operatives, welders and toolmakers, with new apprenticeships (levels 3-5) available for heritage engineers, and continuous improvement and quality practitioners. 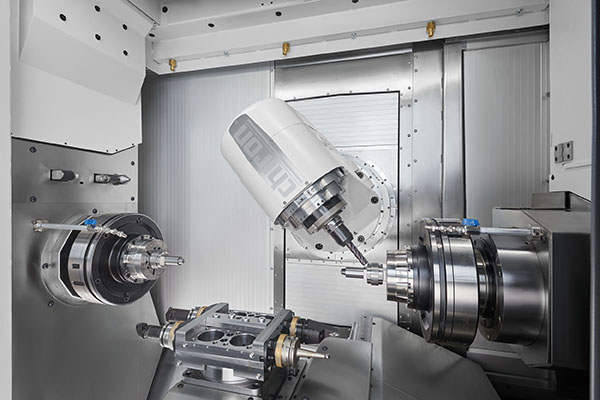 Now available in the UK from the Engineering Technology Group (ETG), the new 715 series turn-mill centre from the Chiron Group demonstrates its autonomous capabilities by machining components on all six sides.

Developed upon the Chiron FZ08 S turn-mill precision+ and Stama MT 733 bar machining centres (also available from ETG), the new arrival fits perfectly into the Chiron Group portfolio. With its combination of speed and precision, the 715 series is suitable for demanding machining tasks in the medical technology, aerospace, energy and automotive industries.

Two versions of the machine are available, which ETG can tailor and configure in a variety of ways. The two types of machine, the Chiron MT715 (Mill Turn) and Chiron MP715 (Multi Profile), encompass four expansion levels for turning and milling operations in any order. Notably, the swivel head, rotary spindle and opposing spindle enable continuous multifunctional machining on all six sides. Both ensure high reliability and quality, especially for components such as hip stems, turbine blades or extrusions for chassis or battery storage.

Both machines have space for 128 tools and boast integrated component handling with workpiece storage. As a result, the machines fulfil all the demands for the automated manufacturing of workpieces in small and medium batch sizes with unmanned processing. The new machine platform is also set up to integrate digital systems from the Chiron SmartLine portfolio.