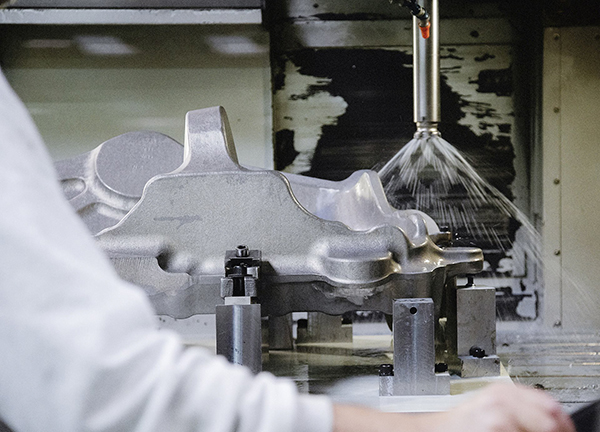 French precision machining company Mecaprec has found that working closely with Seco has helped it to grow tenfold in a decade while supplying parts to the world’s biggest aerospace companies.

Company CEO Jean-Marc Gomez acquired the company in 2008 when it employed 12 people and had annual sales of €780,000. Shortly after, when Mecaprec invested in a series of Makino machining centres, it brought Seco Tools to the company’s attention.

“They had the tools we needed for a big contract that we landed in 2011 for Aubert & Duval, a world leader in upscale metallurgy,” says Gomez. “The distributor was too expensive, so we were happy to work directly with Seco, and the rest is history.”

Since then, the two companies have worked together closely, adopting new tools as they have been developed, which has helped Mecaprec to further expand its product range while reducing unit costs. Seco is now the company’s biggest supplier of cutting tools.

Today, Mecaprec employs 75 people and has annual sales of €10.5m, providing parts for customers such as Airbus, Boeing, Dassault, Embraer and Airbus Helicopter, along with tier-one suppliers like Figeac Aero, Aubert & Duval, PCC France, Artus and Mecachrome. Some 98% of Mecaprec’s work is in the aerospace industry, working mainly in titanium, Inconel and stainless steel. The company mills parts in dimensions ranging from 10 x 10 mm up to 1500 x 1500 mm, producing some 80,000 components every year.

“We want cutting tool specialists who will bring us their new technologies, supply us seamlessly, train our people, listen to our needs and keep us at the cutting edge – in Seco’s case, literally,” says Gomez. “We have a great relationship with Seco, and we look forward to that continuing long into the future.”