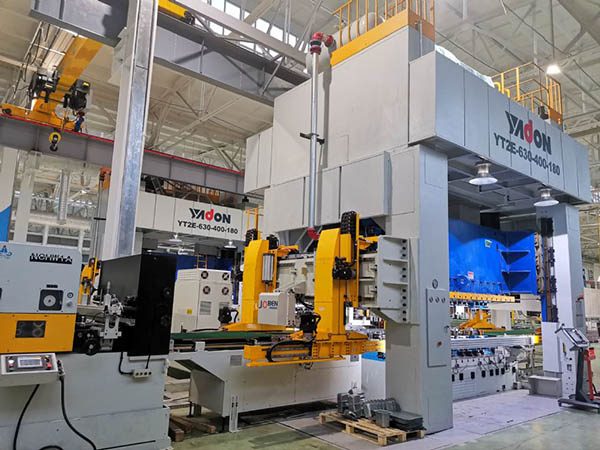 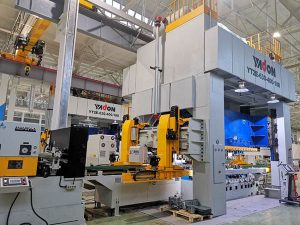 The order placed by the customer from Uzbekistan comprises a total of 17 C-frame, monoblock, tie-rod and high-speed presses for the production of heat exchanger plates used in air conditioning systems, as well as parts for washing machines, refrigerators, gas cookers and gas counters.
Yadon delivered the first two 630 tonne presses in less than four months after receipt of the order.
“Presses from each of our three product groups are represented in the order,” reports Liang Cheng, chief strategy officer at Yadon. “We have established a very good business relationship with the customer over the past few years. Such was the positive experience that it prompted the company to place this major order. In addition, we offer a much wider range of products at Yadon than many competitors in China.”
As Uzbekistan is difficult to reach by sea from Yadon’s headquarters in Yangzhou, eastern China, the two machines were transported to the customer by heavy goods vehicles. The Schuler subsidiary also set a speed record in the commissioning of the presses and automation: after just four weeks, production could start.
For further information www.schulergroup.com