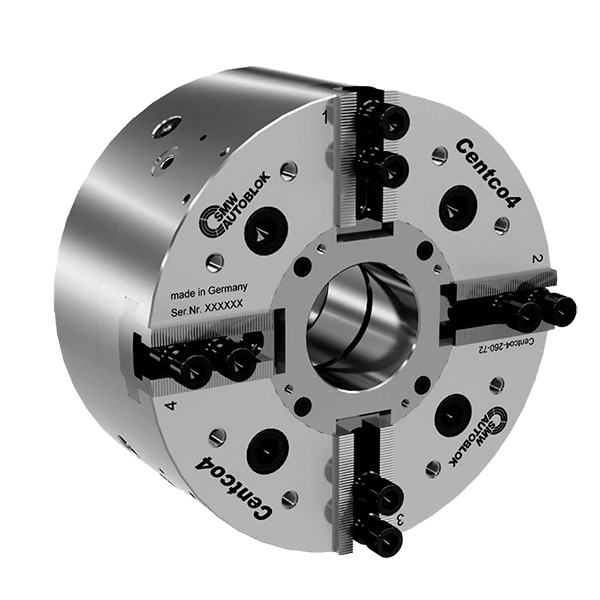 SMW Autoblok has introduced the four-in-one Centco4 2+2 self-centring and compensating chuck. According to the company, the Centco4’s engineering and flexibility enables it to securely and efficiently clamp virtually any type or shape of geometric part, including round, cubic, angular and irregular. 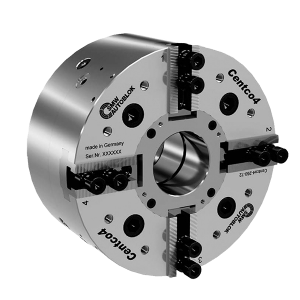 The Centco4 is available in both power and manual models, and is suitable for deformation-sensitive workpieces. With its four jaws, Centco4 provides four times less deformation compared with three-jaw clamping and can be used on all industry-specific machine tools. The ability to handle virtually any part shape means fewer chuck change-outs and reduced downtime. Diverse manual and hydraulic applications include turning, milling, inspection and
finishing operations.
Some of the many Centco4 benefits are that it features two independent self-centring and compensating jaws, and single wedge actuation that eliminates the need for a dual-piston cylinder. SMW Autoblok’s latest innovation is said to be suitable for aerospace and automotive manufacturers seeking a standard chuck that can clamp any part geometry.
The drive of the Centco4 moves toward or apart on two parallel axes, and needs only one standard-stroke, single-piston cylinder for actuation. This design allows for independent self-centring via both axes. Centrifugal force compensation permits maximum rotational speeds up to 210 kN of gripping force with an optimised lubrication system that saves both time and money in repairs and maintenance. Four sizes are available in the power version, while a variety of precision jaws is also offered.
For further information www.smw-autoblok.de