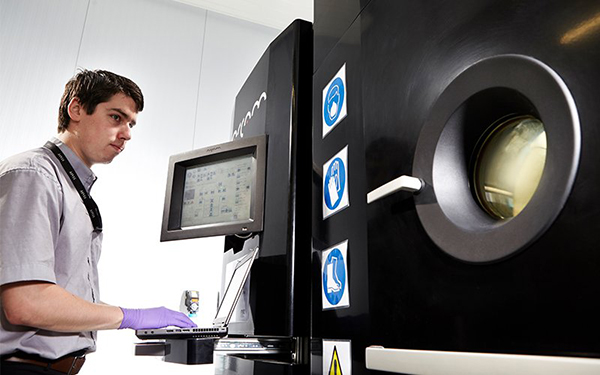 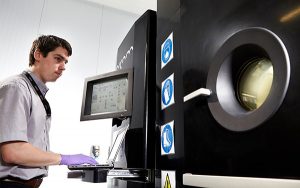 The centre aims to bridge standards development with R&D, filling industry gaps in additive manufacturing (AM). MTC’s participation will involve a funded project to advance additive manufacturing standards and innovation in Europe and beyond. Along with the centre’s other partners – Auburn University, NASA and EWI – the MTC will work towards establishing international standards that support innovation in AM.
For further information www.the-mtc.org 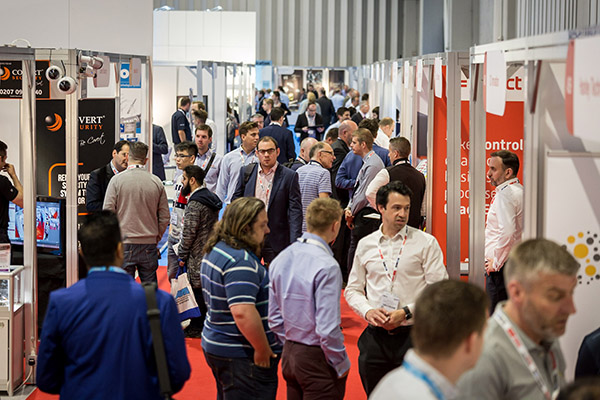 The organiser of Subcon 2018, which was held at the NEC in Birmingham last month, says the show secured a 7% increase in visitor numbers. 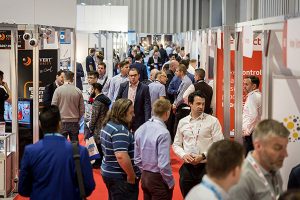 In addition, the exhibition attracted more senior buyers than ever before. A cross-promotional partnership with Automechanika Birmingham, taking place at the NEC at the same time, was also successful in bringing new visitors to Subcon.
This year’s event debuted The Engineer Expo to create a cross-sector industry event with visitors able to enjoy unlimited access to both shows as well as The Engineer Conference, which featured names like Rolls Royce, Jaguar Land Rover and McLaren presenting to two theatres. Both shows will return to the NEC in 2019 from 4-6 June, together with the biennial Advanced Manufacturing Show.
For further information www.subsonshow.co.uk 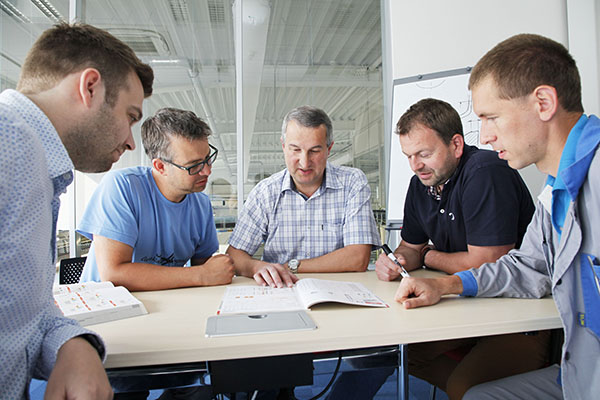 New cutting tools are continuously being introduced to the market, but what is the process to get a product from concept through to the spindle?
Tooling manufacturer Dormer Pramet tasks its product management and development department with creating new tools every year. 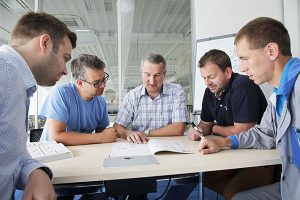 A member of the team is product and development engineer Jan Bittner. In January 2015, Bittner joined Dormer Pramet and became part of the company’s project to develop an assortment of high-feed milling tools. Almost three years later, a new range of SBN10 cutters and BNGX inserts was launched into the global market.
The time taken to introduce a cutting tool is an indication of the investment a manufacturer makes to create a new product which will add value to customers for many years.
At Dormer Pramet, the process of creating a new tool begins with its product management department, which identifies the market needs and gaps in the company’s current assortment. Karel Tiefenbach is the company’s product manager for indexable milling and he created a concept brief and clear objective for the development team.
Dormer Pramet’s aim was to create an assortment of tools for its double-negative cutters, which allow high feed rates for increased productivity. The design needed to be for double-sided inserts to maximise the economic value (four edges) and provide good chip control, allowing for a higher ramping angle. At the same time, the tools needed to offer process security and a versatile range for mould and die operations, covering roughing to finishing.
Bittner began the process with Jan Vlcek from the company’s product design and information department, which is responsible for all aspects of tool development. This includes creating high quality data on every tool produced, the design of products and supporting manufacture.
The department’s first task in designing a new high-feed milling tool – later known as SBN10 – was to research what products were already available in the market from competitors and how Dormer Pramet could be different, while still meeting the needs of customers.
“We started with a series of preliminary studies and initial prototype designs, putting a number of ideas forward before we could start to produce samples,” explains Bittner. “There are always difficulties and challenges to overcome, but some small changes at this stage can have a big impact. 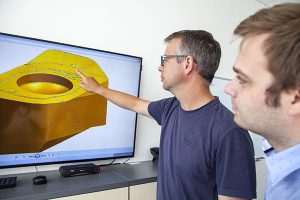 “For example, with one of the first samples created, we realised there was a conflict with an existing patent from a competitor,” continues Bittner. “With many companies creating new inserts all the time, it is a very crowded market. However, we worked with the designer to modify our concept and make it unique, while still fulfilling the original brief. This led us to liaise closely with colleagues in Sweden and North America to make sure our designs did not conflict with any patents.”
Bittner discussed with colleagues in IP how the company could make its design unique. He needed to confirm the company was within patent pending at every point and not conflicting with others already submitted. Eventually he was given the all-clear to proceed.
“At the start of the process in 2015, we had a schedule to follow and aimed to launch the BNGX inserts by November 2017,” says Bittner. “We had pressure from our sales teams who wanted it earlier. Our aim was to keep the process going as fast as possible and we kept to schedule. By the second quarter of 2016, we were able to start the testing stage. This included several on-site tests with customers as this is the best way to check how good a product really is.
“We were confident it was a good product, but no amount of in-house testing can match trying it out in the real world,” he adds. “We learned so much from these tests, which allowed us to identify areas of further improvement.
Dormer Pramet conducted more than 20 tests with customers in France, Brazil, Poland, China, Italy, Czech Republic and Germany. Although 15 of the tests showed highly impressive results, five did not match expectations, which prompted the team to go back and look at what needed improving. This is an important process and can only help enhance product performance and reduce limitations.
“The crucial part is to react quickly during the testing process; speed is crucial,” says Bittner. “Any issues need to be eliminated and the design of the tool improved as soon as possible, before putting it back in for more tests.
“In July 2017, we returned to Germany, to a customer where one of the tests did not go as well as the others. Going back to the same location meant we could perform the exact same trial in the same conditions as before. This was important to verify if the improvements we made had worked. The application ran very successfully and it was great to show the customer the new and improved version.”
Bittner realised at this stage that the company was ready to launch the product into the market. He had further discussions with IP to make sure the patent was in place and everything was prepared.
“This led to meetings with production to ensure enough inserts were manufactured for the time of launch and liaising with marketing and communications department on creation of all the support material, such as brochures, images, videos, press releases and online content.”
Dormer Pramet launched its range of BNGX inserts and SBN10 cutters in November 2017, almost three years after the initial design brief was prepared.
During 2018, the company will manufacture more than 30,000 BNGX inserts, comprising of different sizes and chip breakers, alongside 450 cutters, in three different variants: end mills with threaded shank, end mills with parallel shank and shell mills. 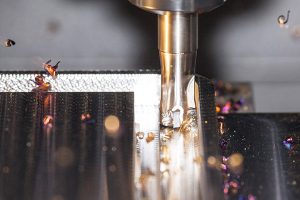 “Product development is very much a team effort,” states Bittner. “There are many people from around the world involved in the creation of new cutting tools. From product management to design, to the technology team, production, testing, through to sales and marketing. Each department is not independent from the rest; we are all connected and one area cannot be successful without the support of the others. They all must work together to get a product to market.
“Also, any new product created will become the future work for our production department. Sometimes we can be focused on today and what is new now, but it is our job to look at the future and what will be important in five to 10 years’ time.”
For further information www.dormerpramet.com 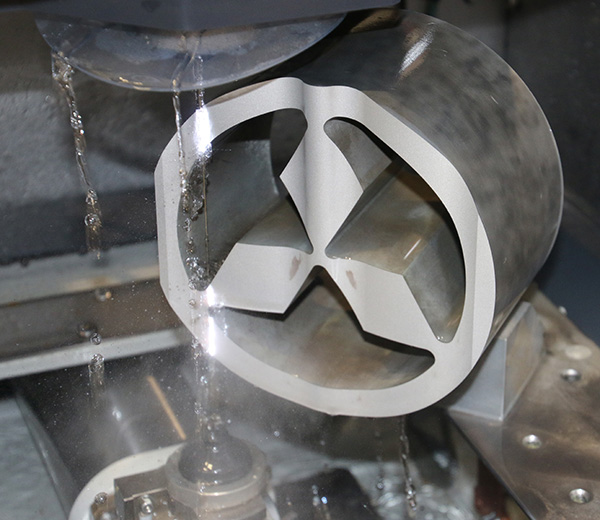 Mitsubishi Electric used the recent MACH 2018 as the platform to introduce its latest CNC control unit on the company’s established MV series of EDM machines. The Mitsubishi EDM stand at MACH was furnished with MV1200S and MV2400R machines. 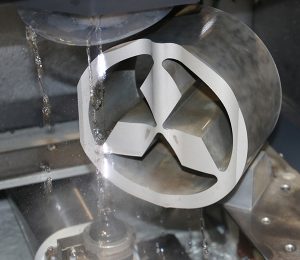 Advanced technology and a new user interface can be a daunting prospect for any machine operator; Mitsubishi Electric has overcome this by offering both the new and established interface in a single control. With the flick of a switch, the new CNC interface can revert to either type.
The machine operator has a large screen monitor and modern gesture controls with a configurable interface that supports the user by allowing the main function elements to be freely arranged for daily work. Furthermore, the step-by-step dialogue guidance pilots less experienced operators through the entire process with checklists taking operators from programming through to machining.
Tailored to the needs of the end user, the interface has an easy-to-grasp display with all the machining parameters in configurable form to make everything visible. For scheduling, support is provided with an overview of remaining wire, filter cartridge state and other parameters. Complete documentation for the machine, including maintenance instructions and manuals, are integrated into the software with 3D diagrams and images also included to guide the user through every facet and process of the machine.
To put the user in charge of the Mitsubishi EDM machine at all times, the interface allows operators to monitor the machine portfolio from anywhere at any time. Powered by Teamviewer, customers can access their machines via mobile technology such as phones and tablets with direct status reports available
via email.
For further information www.mitsubishiedm.co.uk 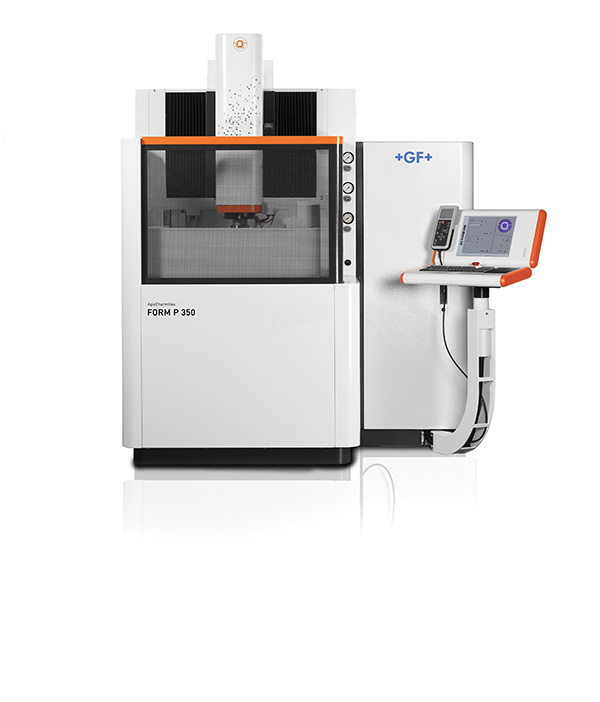 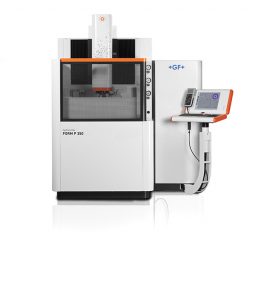 Form machines provide customers with Econowatt technology to save energy, a variety of Industry 4.0-oriented connectivity features to help support the digital transformation of manufacturers, and e-Tracking software for EDM process monitoring and full traceability.
From faster rib machining to micro-machining, the AgieCharmilles Form family is the outcome of GF Machining Solutions’ continued investment in die-sink EDM research. The result is that AgieCharmilles Form series users are able to achieve better performance in machining with either graphite and/or copper electrodes, says the company.
Form series machines are said to allow for repeatable machining of micro-cavities, while on-board ‘iGAP’ technology guarantees the rigidity of injection-moulded plastic products featuring deep ribs. According to GFMS, the technology also ensures fast, accurate machining of rib cavities with respect to the required de-moulding taper and VDI (Verein Deutscher Ingenieure) homogeneity throughout the cavity surface.
Additionally, manufacturers can exploit the range’s eConnectivity features and MTConnect capability to stay informed of the machine’s status and machining process.
For further information www.gfms.com