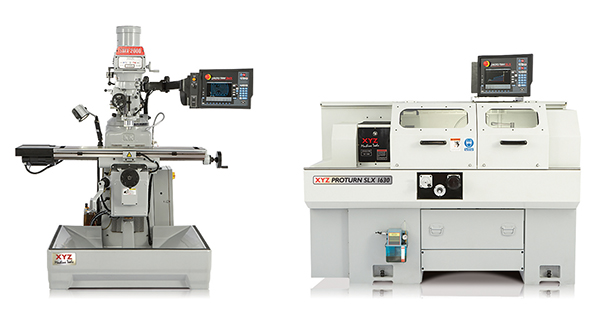 Visitors to the opening event at XYZ Machine Tools’ new showroom in Slough on 12 July will have the opportunity to win the use (on loan for six months) of either a ProtoTrak SMX 2000 turret mill, an SMX 2500 bed mill or a ProTurn SLX 1630 lathe. 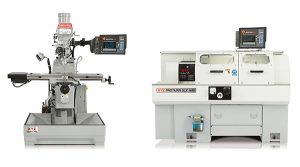 Every company represented at the open house will be entered in the draw. XYZ will deliver and commission the machine, and the successful company will also receive the usual allocation of training from XYZ Machine Tools to maximise the benefit of the prize.
The winner will then have full use of the machine for six months, the equivalent of 1000 hours of free CNC production. At the end of the loan period, the machine can be collected or an order can be placed to keep it. Of course, special arrangements will be made for any visitor who places an order for a ProtoTrak or ProTurn machine on the day, only to be declared the winner, so that they too can benefit from the draw. Those intending to visit the event are asked to send an email to the address below.
For further information sales@xyzmachinetools.com 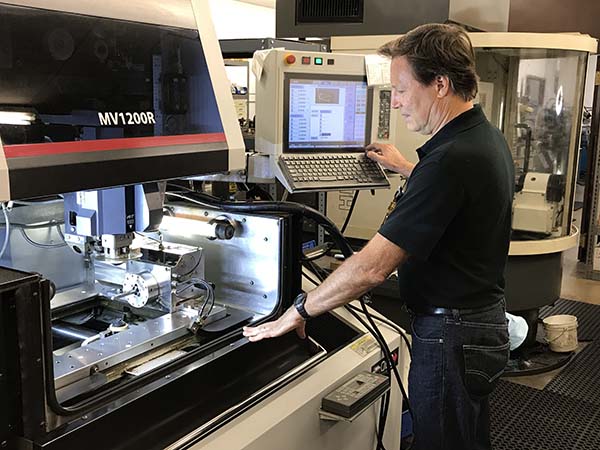 In choosing Esprit to write programs for its CNC wire EDM machines and grinders, Dallas-based MCC Tooling found a CAM system so user friendly that the owner’s young grandchildren sometimes use it. More importantly, Esprit’s programming is saving MCC Tooling time and money. 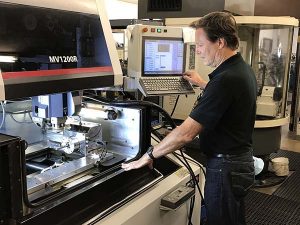 MCC Tooling makes and re-sharpens custom cutting tools, step drills, form tools and dovetail cutters, in quantities ranging from one-off to as many as 100 pieces, for customers in the oil, aerospace and medical industries. The 10-employee business today has a number of machine tools that include a Mitsubishi MV1200-R wire
EDM with B axis.
MCC Tooling began using Esprit in 1999, when it purchased its first wire EDM machine, a Mitsubishi FX 10.
“After hours of extensive research and vetting different programs and software, we felt Esprit would fit our needs and price range perfectly,” says the company’s founder Marcus Alexander. “Esprit is user-friendly, works seamlessly with our machines, and integrates well with SolidWorks. It’s so easy that my grandchildren have come here and programmed their own things for us to cut out for them.”
The software also allowed the company to get up to speed with the Mitsubishi MV1200-R, which was installed in 2013 to hold closer tolerances.
“One thing that helped us was being able to see the heads moving on the simulation in Esprit before running it on the EDM,” says Alexander. “This ensures we don’t waste time running an incorrect part and saves us money by not scrapping components.”
For further information www.espritcam.com 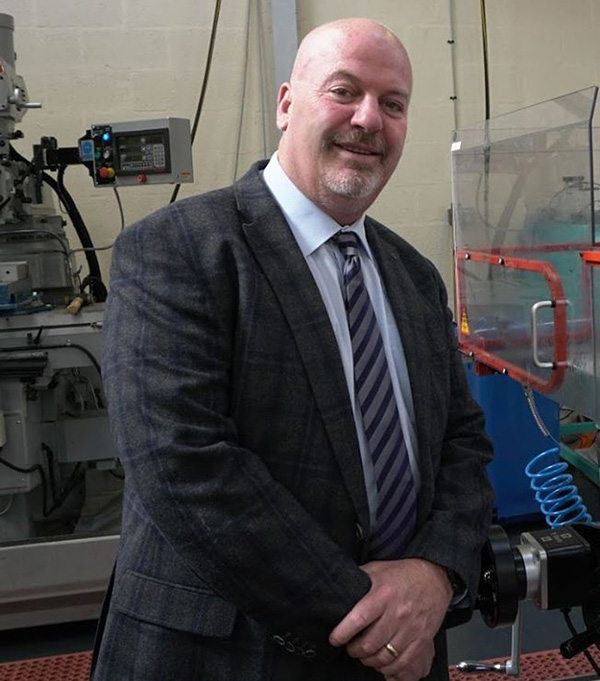 Erodex, a specialist in the provision of EDM supplies, graphites and graphite machining, is celebrating 20% growth over the past 12 months, following a period of substantial investment. 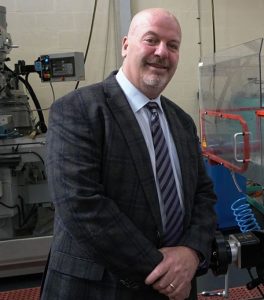 The company has invested a total of £1.75m in machinery and premises as part of an expansion strategy which has included record orders for a newly formed tool room and diversification in product ranges. The growth is the third year in a row that the company has set record levels for total revenue, and includes the company bolstering its workforce with an additional 17 employees.
Director Steve Rolinson says: “We are extremely pleased with the progress of the company over the past 12 months, not only with regard to the ongoing success of the new tool room following our investment in that, but also in increased market penetration for the provision of our graphite materials and EDM supplies.
“We are on a constant journey to help our customers improve processes,” he continues. “For example, we recently reached an exclusive agreement with Houghton International to handle all UK distribution for their dielectric EDM fluids. For 15 years we have been supplying a product made in Canada called Commonwealth Dielectric EDM 244 and Super Supreme. The company producing that was acquired by Houghton and the production of that dielectric has now been brought back to the UK. We are extremely pleased that Houghton demonstrated such confidence in us by establishing our own exclusive agreement with them.”
For further information www.erodex.com 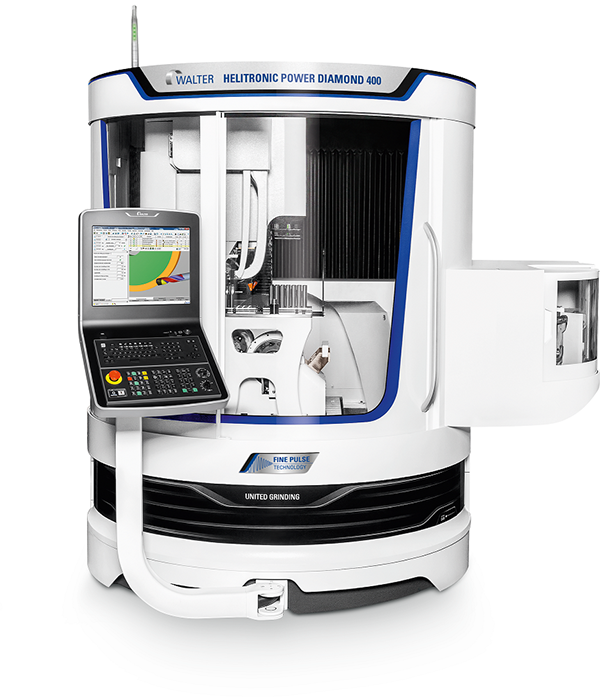 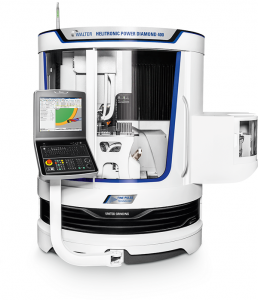 Both the Power 400 and two-in-one Power Diamond 400 grinding/eroding machine for producing carbide and PCD tooling have extended traverses that enable tools up to 380 mm long to be processed, an increase of more than 35% compared with the previous limit of 280 mm. Tools of 3 to 315 mm diameter can be accommodated on the machines, which have X-, Y- and Z-axis travels of 650, 350 and 720 mm respectively.
However, according to Walter, the machines offer more than just longer workpiece lengths. Both have been completely redesigned (in line with the Walter Vision models) and feature, for example, a cast-iron bed that is up to 70% more rigid to ensure improved damping characteristics. In addition, as standard there is a 26 kW (10,500 rpm) spindle, while a low-maintenance torque motor is available for the C axis which, on standard versions, is driven by a worm drive.
As well as having a grinding wheel/electrode changer (four-station as standard; eight-station optional) for increased automation and unmanned operation, both machines can utilise a range of robot-loading solutions: the Top Loader for up to 500 tools; the Robot Loader for up to 7500 tools; or the Robot Loader 25 with capacity for tools weighing 25 kg (including grippers).
Like all of Walter’s two-in-one grinding/eroding machines, the Helitronic Power Diamond 400 uses ‘Fine Pulse Technology’, a Walter innovation that is said to boost PCD tool surface and cutting edge quality, as well as process reliability. Fine Pulse Technology is the result of progressive improvements to the generator, as well as the erosion software.
For further information www.walter-tools.com 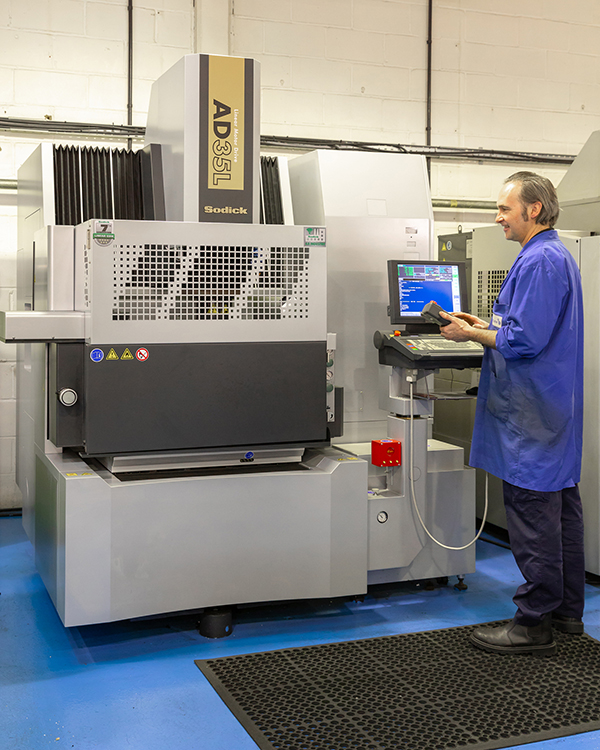 Hertford-based Neptune Engineering has continued investing in the latest Sodick die-sink technology by acquiring a new AD35L machine from Sodi-Tech EDM. Offering up to 50% more speed than the machine it replaced, the Sodick AD35L has eliminated a bottleneck and delivered important extra capacity to this progressive toolmaking specialist. 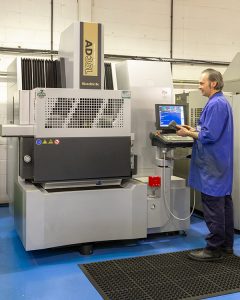 “Due to increasing order books we were encountering a bottleneck in our die-sink EDM processes,” states managing director Gary Statham. “We had an ageing machine that needed replacing, so the decision was taken to invest. Having had such good performance from our existing Sodick machines over the past five years, we decided to return to Sodi-Tech EDM.”
As luck would have it, soon after the AD35L had been installed, a significant order arrived from one of Neptune’s electrical industry customers for a series of six-cavity injection moulds. The tools are used to mould domestic plugs, sockets and switches for a major electrical brand.
“The timing could not have been better – as the new Sodick is at least 50% faster than the machine it replaced, we have been able to process the tooling much quicker,” says Statham. “Our new Sodick machine will be busy on this work for a number of months to come.”
Each mould tool and insert is complex, as plugs, sockets and switches typically contain features such as compound curvature, blended radii and freeform surfaces. The cavities and inserts produced by the new Sodick AD35L are all manufactured from tool steels such as H13 to tolerances within ±0.01 mm. Moreover, the company typically seeks a ‘zero finish’, essentially a polished surface which does not require any secondary operations; a factor that is readily accommodated by the AD35L.
For further information www.sodi-techedm.co.uk