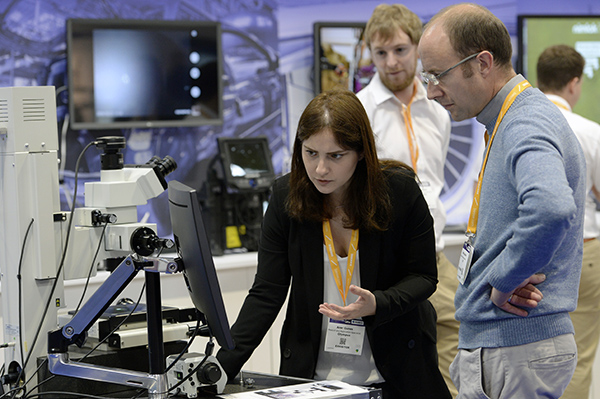 Advanced Engineering is back and bigger than ever on 30-31 October at the NEC, Birmingham. 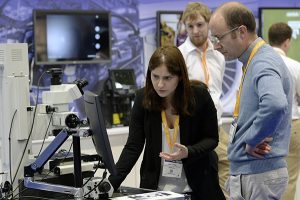 With a two-day attendance of some 15,000 engineering professionals, the 11th edition of the trade show will provide companies with the opportunity to meet with OEMs and supply chain partners from sectors spanning the engineering industry. This year, the latest additions to the event are the Medical Device Engineering Zone and the revamped Enabling Innovation area, which will join the likes of aerospace, performance materials and nuclear engineering.
Supported by Medilink, GTMA, Gambica and other UK trade bodies, the new Medical Device Engineering Zone is in response to the rapid growth of the industry and will welcome manufacturers looking to showcase their innovations in this booming area of engineering. Visitors will also have the opportunity to visit the Medical Device Engineering Open Forum and discover how medical technology is going to develop further in the future.
For further information www.advancedengineeringuk.com 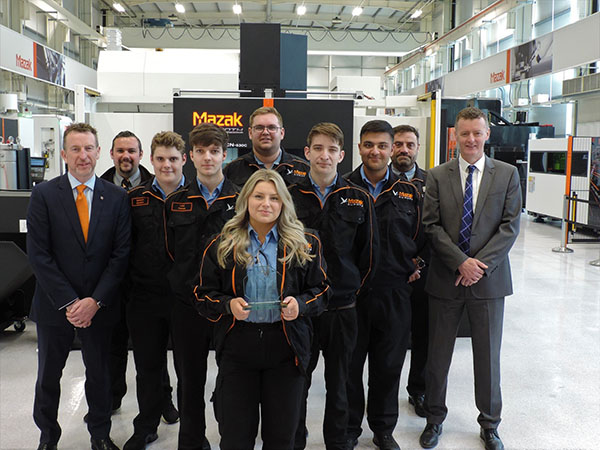 The team at Yamazaki Mazak is celebrating after helping the Worcestershire 5G Consortium win ‘Most Commercially Viable Use Case’ at the inaugural 5G Realised Use Case Awards. 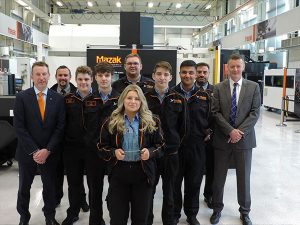 Led by Worcestershire County Council and the Worcestershire Local Economic Partnership (LEP), the consortium received the award at the recent 5G Realised Event in London. Mazak was chosen as part of the consortium thanks to its pioneering work implementing Industry 4.0 design principles into its array of machine tools and CNC technology.
Mazak trialled an augmented reality (AR) app designed to provide field service engineers with remote support. The AR app helps engineers to measure end-to-end speed and latency, and gain an insight into the future potential of 5G for industry. Tim Gane, business systems director at Yamazaki Mazak UK, says: “5G represents a tremendous opportunity to further accelerate productivity growth, and enable even quicker data transfer and analysis for manufacturers. With potential speeds of up to 10 Gb per second, 5G will be the industry standard for connectivity in the future.”
For further information www.mazakeu.co.uk 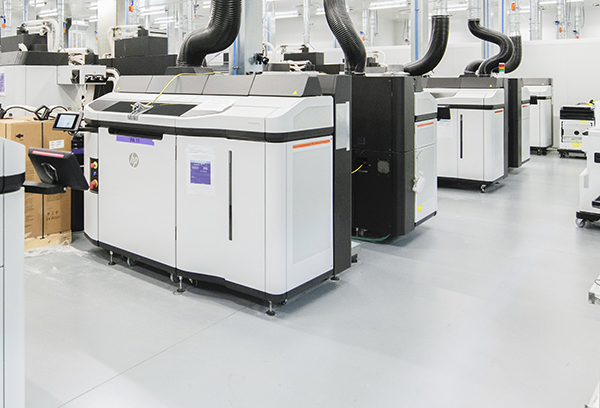 The doors have opened at HP’s newly constructed 3D printing and digital manufacturing centre of excellence in Barcelona, Spain.


Cited as one of the world’s largest and most advanced R&D facilities for next-generation technologies powering Industry 4.0, the centre brings together hundreds of the world’s leading additive manufacturing experts in more than 150,000 sq ft of innovation space – about the size of three football pitches. The facility at HP’s Barcelona campus is dedicated to the development of the company’s industrial 3D printing portfolio and provides a large-scale factory environment to collaborate with customers and partners on
digital manufacturing technologies.
For further information https://is.gd/fuyeko 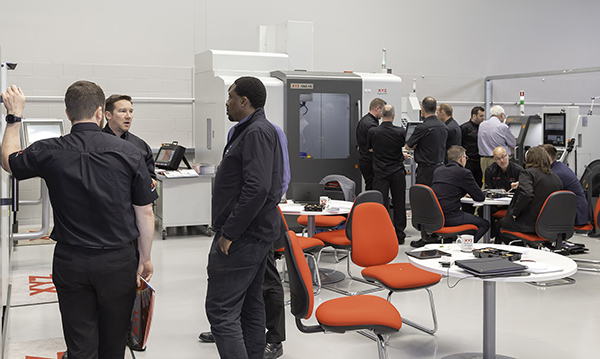 Beginning the financial year with an open house event at its Slough showroom in May saw XYZ Machine Tools exceed sales of £500,000 in one day, which in turn helped boost company turnover for the month to over £3m. 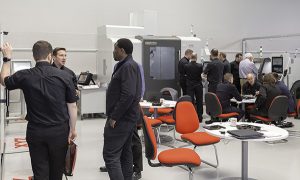 Managing director Nigel Atherton says: “The positive attitude from customers that saw us post an 11% increase in sales in the last financial year appears to be continuing. Booked orders remain strong, with May exceeding expectations. This gives us confidence that the trend will continue here in the UK.”
Sales to UK manufacturing customers were also bolstered by continuing growth in business from mainland Europe, which showed an increase of 33% in 2018/19, along with a rise in sales to the UK education sector of 40%. This positive start to 2019/20 bodes well for the company, which has ambitious plans for the coming year with new machine and automation launches, along with expansion plans to its existing network of UK showrooms. XYZ will also create a new service centre and used machine facility, and has plans
to further expand in mainland Europe.
For further information www.xyzmachinetools.com 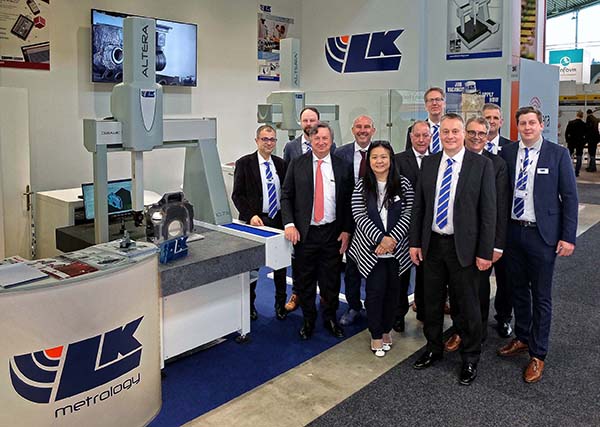 Control 2019 in Stuttgart proved to be the venue for British CMM manufacturer LK Metrology to celebrate its first year of trading as a stand-alone company once more. 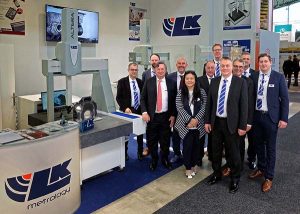 LK was purchased at the end of March 2018 from Nikon Metrology by Angelo Muscarella, owner of Italian firm ASF Metrology. The last time LK was independently owned was prior to its takeover by former holding group Metris at the beginning of 2006. In 2018, the company celebrated its 55th anniversary in the metrology industry.
“We are delighted to complete our first year so successfully, during which we made a profit despite the expense necessarily incurred in transferring ownership of the company, which included opening a new office in Shanghai,” says Muscarella. “We’ve already launched a packaged version of our Altera CMM with Renishaw Revo-2 probe, which is called the SCANtek 5. In addition, at the Control exhibition we previewed another newly developed product, the AlteraC 10.7.5, which is the first of three sizes planned.”
For further information www.lkmetrology.com