A two-day ‘Made for Space’ conference being staged by the MTC will be held on 2-3 May.

The event will host international experts who will explain the opportunities available for manufacturers in the space industry. Keynote speakers are set to include: John Vickers, principal technologist, Space Technology Mission Directorate at NASA; and Thomas Rohr, head of materials and processes at the European Space Agency. Also speaking will be Graham Peters, chair of UK Space, and Graham Turnock, chief executive of the UK Space Agency.
MTC chief technologist David Wimpenny says the UK space sector had trebled in size since 2000, with further growth predicted. This ongoing expansion presents a significant opportunity for high-value manufacturing companies in the UK. Topics covered at the Made for Space conference will include additive manufacturing, automation and robotics, surface engineering, high-performance coatings, and advanced joining technology. Early bird tickets are available until 31 March.
For further information www.the-mtc.org/madeforspace 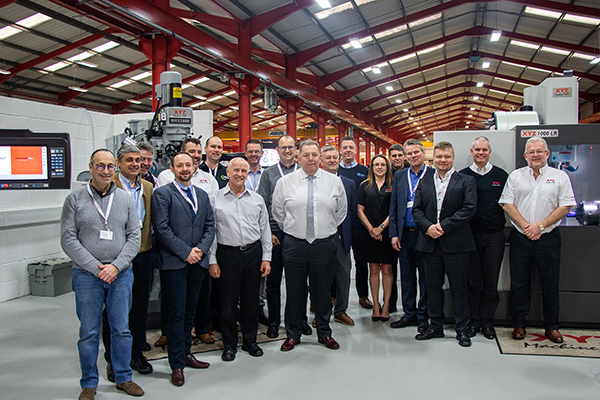 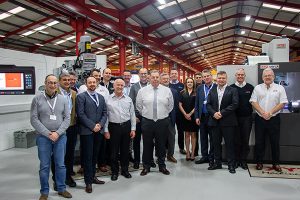 Drawing positive comments, delegates were impressed with how ProtoTRAK RLX and RMX combine sophisticated operation with the simplicity of previous-generation units.
Managing director Nigel Atherton says: “The new ProtoTRAK controls were well received at the recent Southern Manufacturing show and now from our European partners. While the changes to ProtoTRAK will make significant differences to the productivity of XYZ machines, the familiarity of the system will ensure existing users can move seamlessly from old to new. Furthermore, new users will be producing complex parts within a short space of time thanks to ProtoTRAK’s conversational programming and on-board help.”
For further information www.xyzmachinetools.com 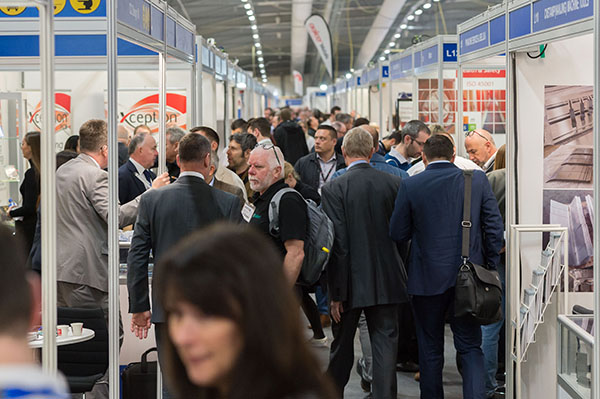 Last month’s Southern Manufacturing 2019 achieved a new record attendance, according to figures released by the organisers. 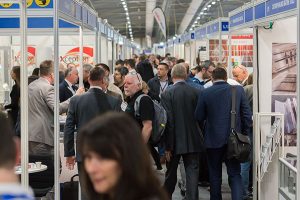 The show received a total of 8644 unique visitors, an increase of around 13% on the previous year. Some 800 companies from all over the world took part in the event, occupying all the available exhibition space of the recently-opened 20,000 sq m Farnborough International Exhibition and Conference Centre.
Exit polls reveal that visitor interests remained broadly consistent with previous years, but with interest in automation and robotics, machine tools, tooling, and inspection systems all showing positive growth. There was also heightened interest in the full range of subcontract services present at the show, including contract fabrication, machining, laser processing and plastics. Southern Manufacturing returns to Farnborough International on 11-13 February 2020.
For further information www.industrysouth.co.uk 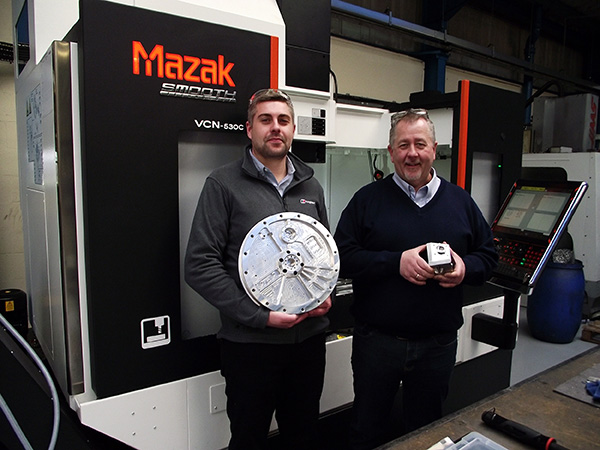 An engineering subcontractor recently moved all of its CAM programming to Edgecam after Seco Tooling provided the company with support solutions to specific issues on complex components. 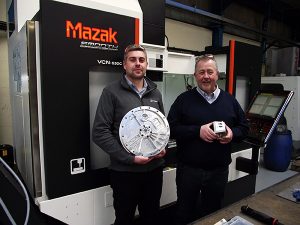 I&G Precision Engineering had used Edgecam to drive an Emco lathe operated by the firm’s hands-on managing director Andrew Evans since investing in CNC machinery in 1992. However, as the company expanded with further machine tools and more shop-floor staff, other CAM packages were introduced.
“Originally, we used Edgecam for both milling and turning on those new machines, but when I came off the tools we decided to try other systems, and it was eventually only used on the lathe,” he says.
Operating out of 11,000 sq ft premises in Ystalyfera, Swansea, with 11 employees, the company largely manufactures parts from stainless and tool steels, as well as aluminium, for aerospace, food, beverage, medical and defence customers, along with the Royal Mint. I&G makes a number of components for aerospace ground-support systems such as jigs and fixtures that are used to remove engines and wing parts. The company also produces everything from bakery equipment, including rollers for production machines and castings for dough-rollers, through to electronics housings for defence customers. In addition, the company has received commendations from the NHS for its work in devising breathing apparatus that help new-born babies inhale xenon gas as part of medical treatment.
Andrew’s son, Mike, who is engineering director and workshop manager, says that I&G works closely with Seco Tools, which recently provided the firm with tooling and programming support to improve the production process on a specific job.
“We saw immediate benefits, as the job used to take us around three hours – including two hours for just one operation – but using Edgecam the full process was completed in an hour,” says Mike Evans. “When we looked at how Edgecam machining strategies could improve our cycle times it became a no-brainer that we should go back to it on our range of Haas CNC machine tools, and our new Mazak vertical machining centre.” 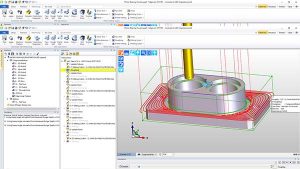 All new components now go through Edgecam, and production runs of older parts are all being reprogrammed.
“We’re saving up to 40% on cutting cycles, which has a tremendous impact on the bottom line,” he says. “It improves our margins, making us more profitable and releases additional capacity to take on more work. Edgecam is a vital part of our manufacturing process now. It runs the entire production process.”
Evans says that the software’s milling and turning modules ensure they can ship between 600 and 700 components each month, normally on a three to four week lead time.
“Edgecam is so simple to use,” he states. “The customer sends us a STEP or IGES file, or any other CAD file, which we import into the software and create fixtures and fittings, identify the CNC machine we’ll be using, and the stock. Then we run ‘Feature Finder’ to identify all the features of the parts, and generate tool paths.”
“Machining processes are considerably more stable now than under our previous CADCAM package,” continues Evans. “With our old software, when the cutter was coming into a corner you could see the machine loads spiking, which we don’t get with Edgecam. We can run programs overnight, rein the step-overs back and know the tooling will last for the entire production run.”
He describes Edgecam’s ‘Waveform Roughing’ capability as “massive” for the company’s growth plans, in terms of driving down cycle times and increasing capacity, enabling I&G to take on additional work.
“We do a lot of 3D milling on features such as pockets, and we previously undertook the roughing cycles in the traditional way, often just stepping down 1 mm at a time. However, Edgecam allows us to step down up to 10 or 15 mm at a time. Then, as we pocket out to those depths, we can profile back and come out of the pockets, so it saves considerable time.
“At first, when those programs were coming in from Seco Tools, we were concerned that the increased feeds and speeds would break the cutters,” he adds. “But then we saw how well they worked, and it now gives us the opportunity to push the machines to their limits.” 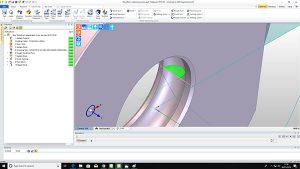 He cites a project where Waveform slashed the roughing cycle from 30 to 10 minutes, and helped reduce the overall machining time by half.
“We manufacture a particular component for the atomising industry, which is used to turn metal into a powder for hard surfacing materials. Traditionally it was a turning job, but Waveform means we can now mill the grooves. This was a huge revelation, and made us think of doing jobs in a completely different way.”
The company is planning more investment in the coming 12 months, including the purchase of Edgecam Inspect, which creates measurement cycles on machine tools.
“This means we’ll be able to inspect every part on the machine if necessary, after each operation, and provide a customer report,” says Evans. I&G is also considering a five-axis machine, and possibly a CMM from Hexagon.
Concluding, Evans says he introduces Edgecam to the company’s apprentices immediately.
“We’ve currently got three apprentices at various stages, and they’ve all taken to Edgecam like a duck to water. The skill set is changing; a lot of the old traditional craftsmen’s skills are dying out, and engineers need to embrace computer-led skills to produce the components properly. Edgecam helps engineers deliver what’s needed by offering several ways of achieving the same result.”
For further information www.edgecam.com 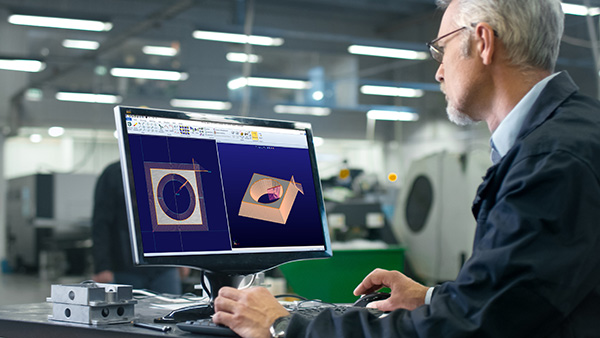 A specialist in software and solutions for the sheet metal and fabrication industries, Lantek, reached a turnover of €19.25m in the 2018 fiscal year, a 10% increase in comparison with the previous period. 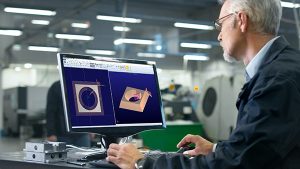 The company’s customer base also continued to grow, with 1,886 new clients bringing its total client portfolio to 21,884 in over 100 countries on five continents. In Lantek’s home country of Spain, the number of customers was around 2,000, while turnover was €2.72m. The markets that progressed best last year were Germany, with 32% growth, followed by China at +30.7% and the US with 11.3% growth.
For further information www.lanteksms.com