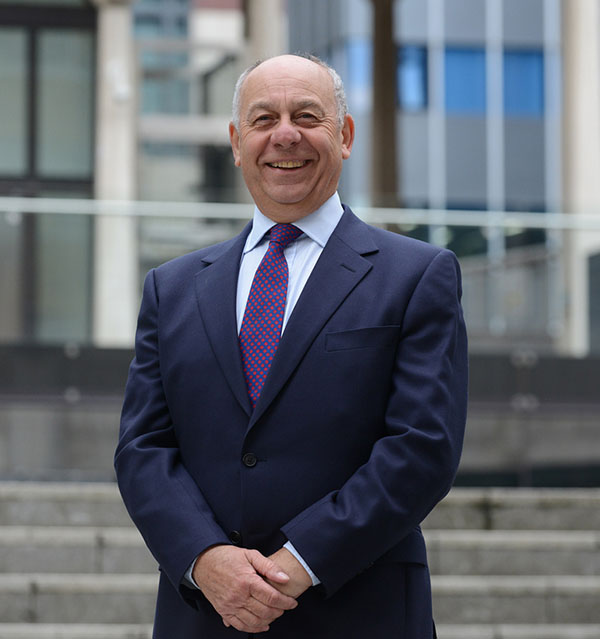 Xtrac, a specialist in transmissions for the motorsport and automotive industries, has announced that Joe Greenwell is to be appointed non-executive chairman with effect from July 2018. 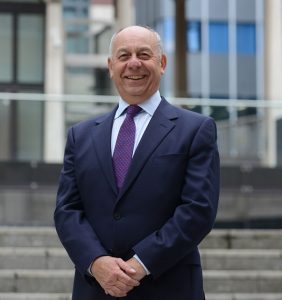 Having recently joined the main board as one of three new non-executive directors, Greenwell will take over the role from Peter Digby, who is set to become company president. Greenwell has most recently served as chief executive of the government’s Automotive Investment Organisation, and is also chair of the RAC Foundation and has served as a board member of the High Value Manufacturing (HVM) catapult since 2012.
For further information www.xtrac.com 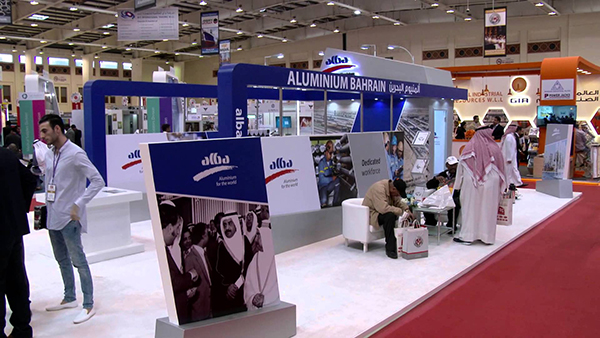 Gulf Industry Fair 2018, the GCC’s annual industrial exhibition, is returning next month with a series of events and initiatives promoting Bahrain’s industrial sector. This annual event is scheduled to take place on 6-8 February under the patronage of HRH Prince Khalifa bin Salman Al Khalifa, Prime Minister of the Kingdom of Bahrain, at the Bahrain International Exhibition and Convention Centre. 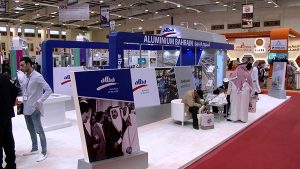 The show provides a one-stop shop for elements of industrial development across the aluminium, energy and environmental protection, industrial metals, industrial processes and manufacturing, logistics and industrial facilities, security and safety, and training segments. This year’s exhibition will also focus on promoting the wider theme of eco-industrial development (EID).
For further information www.gulfindustryfair.com 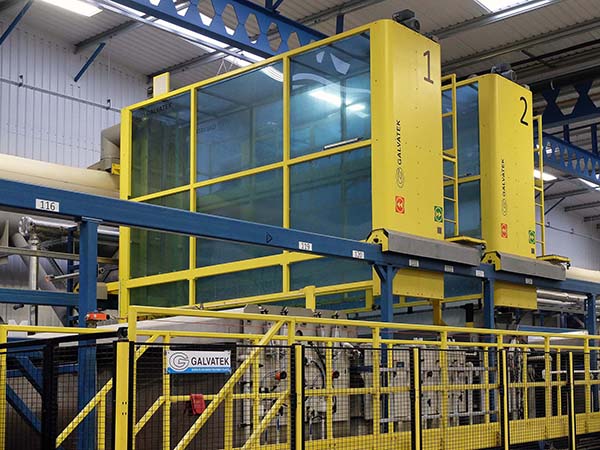 BCW Treatments in Burnley is an aluminium anodising facility that opened in early 2015 to provide a full service to companies using the subcontract machining services of BCW Manufacturing Group’s machine shops on the same industrial estate. Anodising is carried out in a Galvatek automated finishing line supplied by Turbex, which was deemed to be the best all-round package of three alternatives considered. Currently, an average of 2600 sq m of product per week are finished across more than 240 part lines. 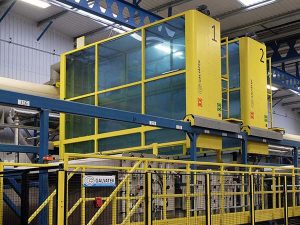 One of BCW’s automotive contracts involves the production of aluminium components, mainly from A365 castings, 6060 extrusion, superplastic 5083, and 5754 sheet for a premium automotive customer in the UK specialising in manufacturing luxury sports cars and grand tourers.
More recently, the subcontractor has received further business from another prestigious UK automotive customer that produces high performance 4×4 and special operations vehicles. The work will start at the end of 2018 and entail the installation in an adjacent factory of a line for passivating components as a corrosion-resistant pre-treatment.
Enquiries have also been received for finishing lightweight components for aircraft, such as cabin seating, and for electric cars, hybrids, amphibious vehicles and trucks. Consequently, by the end of the decade, the firm is destined to become a major force in component finishing in the north of England.
Dr Andrew Wilson, managing director of BCW Treatments, says: “Although more than a century old, modern anodising is an exacting discipline requiring extremely close control to achieve the highest quality and, even more importantly, the correct film properties. 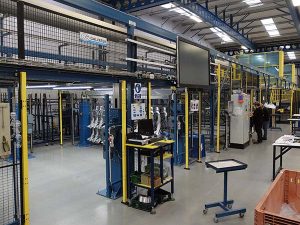 “Some manufacturers’ car parts are adhered rather than welded, and a nominal thickness of the anodic layer of 2-10 µm is required, above which there is a risk of components pulling apart under stress. A tolerance band of 4-6 µm is achieved using the Turbex line, so precise is the process.”
An ERP system drives the finishing process in Burnley, raising each manufacturing order and triggering the issue of material. The line’s control system learns which aluminium products are mounted on which universal or part-specific jig by scanning the manufacturing order. Once the part number is known, the correct program is automatically selected.
There are four load/unload stations at one end of the line, where components are loaded on to flight bars that progress to a buffer station from where they are picked up by one of two overhead transporters and dipped into 15 tanks sequentially. Up to five jobs can be processed simultaneously in the line.
Automatic dosing stations are provided for metered dosing of chemicals into several of the tanks, the quantity being worked out automatically according to the amount of surface area to be anodised on each flight bar. The working environment is clean and fume-free, as each tank is hermetically sealed and the lid is not opened until a transporter is directly above it. Positive pressure pulls the fumes through the handling system and extracts them to a scrubbing unit.
After processing, flight bars are returned to four load/unload stations adjacent to the loading area and the test pieces are taken away for analysis, which includes pull and shear tests after adhesive has been applied. Following each successful test, the ERP system is advised that the components are ready to deliver to the customer.
As a conveyor is not involved in transporting flight bars around the system, the anodising process starts in the centre of the line and progresses away from the load/unload stations. Alkaline degreasing takes up to one hour in the first tank for the most soiled castings and the solution is rinsed off in water in the next two tanks, the water being recycled between the second and third stage. 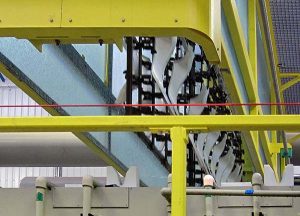 Tank 4 is a chemical etch using sodium hydroxide to remove pre-existing aluminium oxide from the surface of components. Immersion time is controlled to avoid unduly changing of the geometry of the components. It also precludes the need to plug holes, resulting in a cost saving and eliminating the risk of parts being returned by the customer if plugs are inadvertently left in at the time of delivery.
An eco-rinse cycle in water is performed in the next three tanks, again with recycling between the stages. The following process, which takes place at the far end of the line in tank 8, is the removal in a mix of nitric acid and hydrofluoric acid of alloying elements on the surface of components, especially of castings, that remain after chemical etching. Two further eco-rinse immersions in tanks 9 and 10 bring the pre-treatment to a close, by which time the components have travelled back past the centre tank towards the load/unload stations.
The actual anodising stage of the process is in tank 11, which contains sulphuric acid, and lasts between eight and 10 minutes, during which time a nominal 4-6 µm film thickness is deposited. An ecological feature of the equipment is continuous dosing of the acid, instead of recycling the fluid when the aluminium content reaches say 20 g/l. Avoidance of waste is made possible by employing a pump to recirculate the fluid through a retardation unit, where the aluminium is filtered out.
A clean rinse in three successive tanks containing deionised water, which is produced locally in the line, ends with an ultra-clean rinse to ensure that conductivity requirements are met.
The last stage, prior to the flight bar being taken back to the unload station, is hydrothermal sealing at 96°C in a proprietary chemical blend. Reserved for high-end applications and involving 30 µm particulate filtration, the process seals microscopically small pores created on the surface of components as a result of dielectric breakdown during anodising.
For further information www.turbex.co.uk 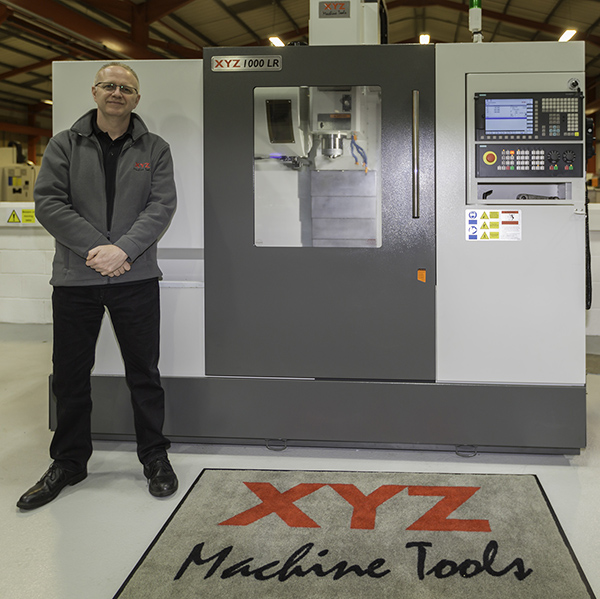 XYZ Machine Tools has announced the appointment of Mark Chappell to the role of mechanical engineering manager, where he will be responsible for process and product development involving internal procedures and working closely with XYZ’s network of suppliers. He will also work with machine suppliers to develop products and drive continuous improvement, which will lead to benefits for XYZ customers through cost-down initiatives. 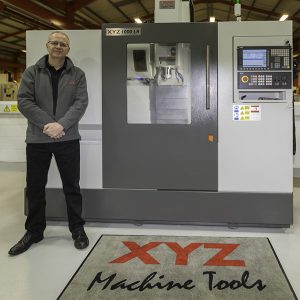 Chappell brings with him experience gained working both in industry and academia, spending 11 years at Renishaw, where he held production engineering and customer training positions. He ultimately managed the Renishaw subsidiary in India, where he undertook sales and service related roles. Most recently Chappell worked at the University of Bath on aerospace engineering projects, acting as an interface between various academic and industrial partners.
For further information www.xyzmachinetools.com 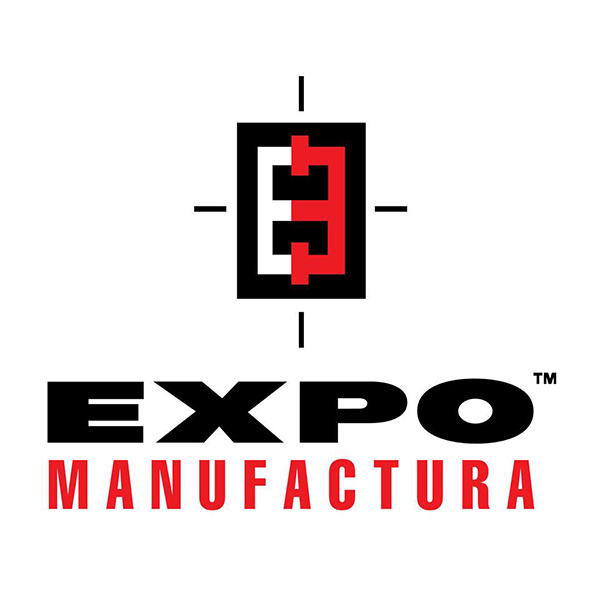 The 22nd edition of the most important manufacturing event in Mexico, Expo Manufactura, is set to get underway on 6-8 February. Last year, over 330 exhibitors (91 from overseas) presented their products and services to around 12,400 visitors, and similar if not higher numbers are expected in 2018. 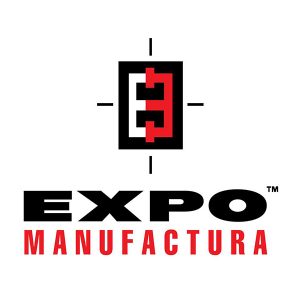 Taking place at the Cintermex venue in Monterrey, among the special areas at this year’s show are automation and robotics, additive manufacturing, medical manufacturing and plastics manufacturing. The LA Times recently reported that “Mexico is in the throes of a manufacturing boom”, with exports jumping 13% since 2012. The country has also climbed to become the world’s seventh largest producer of cars. MTI will once again be among the exhibitors at Expo Manufactura, where the team will be busy handing out copies of the show issue to all visitors interested in acquiring machine tools and associated equipment.
For further information www.expomanufactura.com.mx