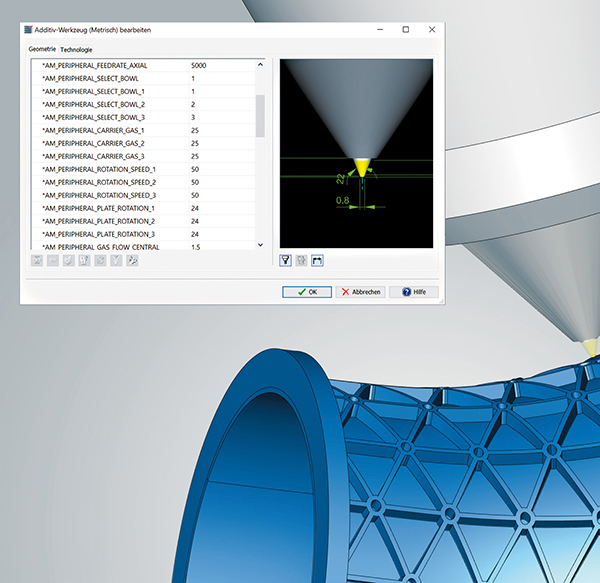 Open Mind will provide manufacturers with an opportunity to witness the advances achieved in the latest release (Version 2020.1) of hyperMILL on Stand 440 in Hall 17. 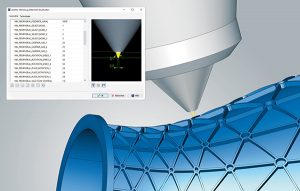 HyperMILL 2020.1 introduces a raft of newly developed features that include enhancements to everything from slot-rib probing, 3D optimised roughing, 3D profile finishing, and 3D and five-axis corner rest machining, through to five-axis blade tangent milling, additive manufacturing and automatic contour feature splitting. In addition, Open Mind has incorporated further improvements to the settings wizard and toolpath display, as well as the five-axis tube finishing and five-axis contouring functions.
Major features added to the latest 2020.1 release arrive via the NC code-based hyperMILL virtual machining simulation solution, the digital-twin concept and the hyperMILL automation centre. Creating a fusion between the virtual and real world, hyperMILL virtual machining creates a virtual representation of the actual machine tool. In the modern manufacturing environment, the ability to create a virtual representation or digital twin of a machine is becoming increasingly important. By using hyperMILL’s virtual machining it is possible to design a more efficient and safer set-up, says Open Mind.
For further information www.openmind-tech.com 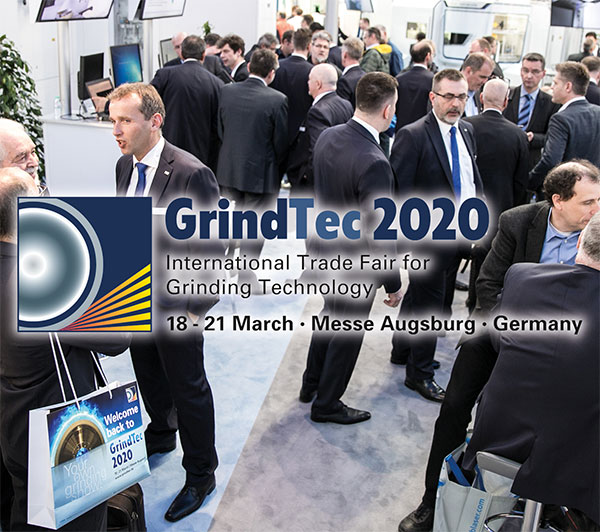 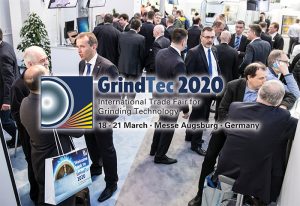 Around 20,000 visitors will enjoy innovations presented by about 660 exhibitors attending from 31 countries. Decision-makers particularly appreciate GrindTec, as the statistics indicate: 64% of visitors have sole decision-making competence or are involved in decision-making, while a further 20% have an advisory capacity. For the first time, MTI magazine will be among the exhibitors at GrindTec.
Despite all uncertainties the grinding market remains strong. Measured against the product value of machine tools in Germany, the machine group of ‘grinding, honing, lapping and polishing machines’ makes up more than 13% of all cutting and abrasion-based machines. In addition, the revenue generated by the production of grinding tools and abrasives, which at more than €1bn, is just as high as that of German ‘grinding, honing, lapping and polishing machines’.
For further information http://www.grindtec.de/en 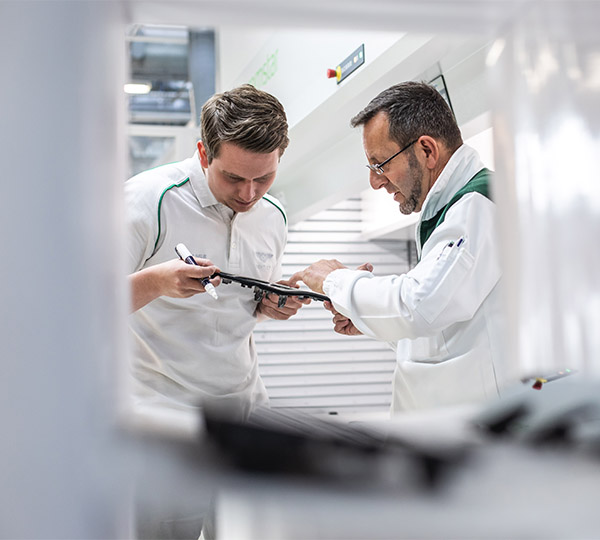 As Bentley Motors begins its next 100 years, the company is opening applications for its 76-strong apprentice, undergraduate and graduate intake for 2020. 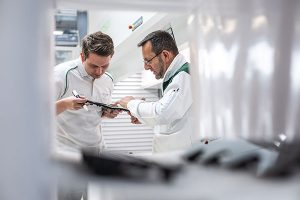 The new recruits will be employed at the company’s headquarters in Crewe, with Bentley placing particular emphasis on finding candidates with the digital skills and ability to innovate that will help shape its next 100 years. All successful applicants will benefit from a structured career path that will provide the technical, academic and hands-on experience required to support the company’s digital transformation.
Dr Astrid Fontaine, board member for people, digitalisation and IT, says: “An extraordinary range of opportunities are available, designed to drive our business forward and help build Bentley’s future. Engaging and developing the best trainees in the country is key to ensuring Bentley remains the definitive British luxury car company, as well as one that stays true to craftsmanship, innovation and sustainability.”
For further information www.bentleycareers.com 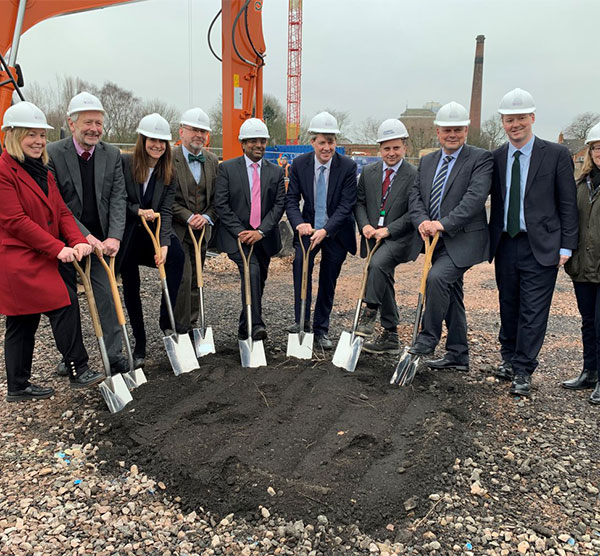 Leicester has taken its first steps into the future of the space industry as work began at the £100m Space Park Leicester with a ground-breaking ceremony attended by the Rt Hon Chris Skidmore MP. 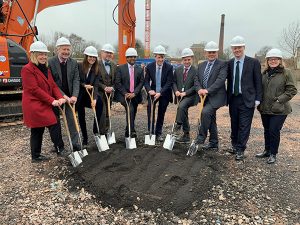 Opening in 2021, Space Park Leicester will create a regional cluster in the UK, integrating industry with academia. This landmark initiative is being developed by the University of Leicester in collaboration with partners including Leicester City Council and the Leicester and Leicestershire Enterprise Partnership (LLEP).
The LLEP has allocated £8.175m from its Local Growth Fund to support the development of phase one at Space Park Leicester – part of the Loughborough and Leicester Science and Innovation Enterprise Zone. Planning permission for the second phase of the development was granted in January, and will focus on research into AI and robot-assisted satellite production.
For further information https://le.ac.uk/spacepark 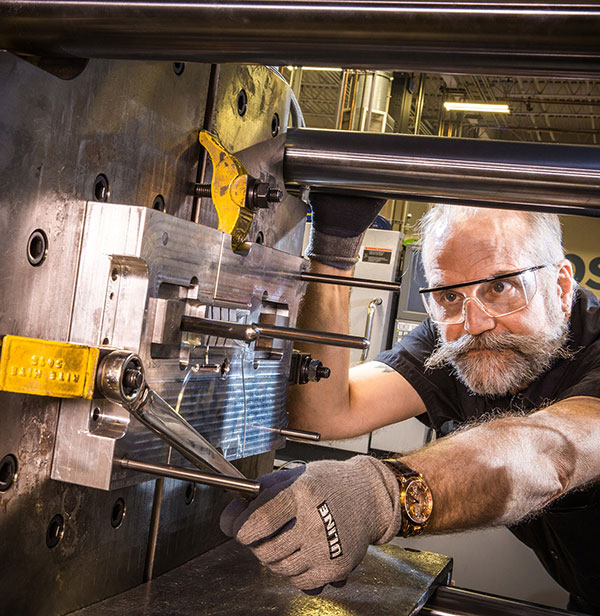 A specialist in the manufacture of custom prototypes and low-volume production parts is helping to make life easier for design engineers by guaranteeing specific dimensional tolerances for each type of plastic injection moulding resin. 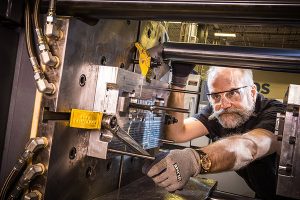 After extensive testing at its Telford facility, Protolabs is offering customers a machining tolerance of ±0.08 mm with a resin tolerance of between 0.002 and 0.010 mm/mm, depending on the material. The tolerance guarantee applies to all 50 of its stocked resins, although the company can advise on the accuracy of the other 1500 that are available to customers across the world.
For further information www.protolabs.co.uk