Hatebur has developed and tailored its HOTmatic AMP 20N, a machine that is specifically designed for the manufacturing of forged cam lobes. 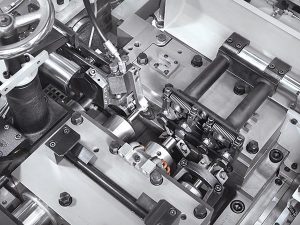 With this machine, the company aims to improve the efficiency and productivity of suppliers in the automotive industry.
“Almost all of the world’s forged cam lobes are produced on Hatebur machines,” states Thomas Christoffel, CEO of Hatebur. “With the development of the HOTmatic AMP 20N, we are reacting to new trends in the industry. We want to make our customers even more productive and strengthen our market leadership.
“The trend is heading towards thinner cam lobes in order to support the lightweight construction of engines,” he continues. “That is why the R&D division of Hatebur has started early with fundamental research on cam lobes featuring a thickness of 8 mm instead of 12 mm. The thinner cam lobes impose higher demands on the forming machine – in particular with regard to the shearing quality, pressing force and part transfer.
The HOTmatic AMP 20N offers a total press load of 1500 kN; the machine body has been reinforced to guarantee the necessary stability.
In three forming stations – and with a maximum of 200 strokes per minute – the AMP 20N produces cam lobes with an outer diameter of up to 48 mm out of raw parts with 24 to 217 g.
The up to 6 m long, almost 1200°C hot bars are brought exactly into position via four feeder rollers, powered by servo drives.
For further information www.hatebur.com 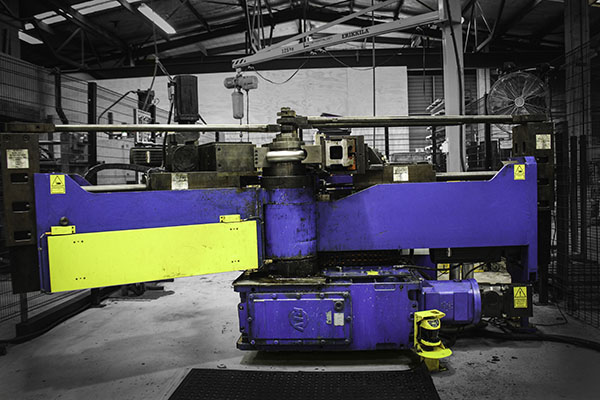 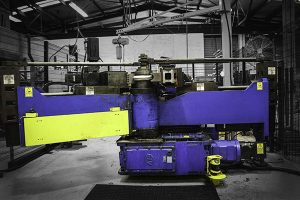 Ultibend purchased two customised tube-bending machines to suit its proprietary manufacturing process; the machines from Unison automate the bending of tube-fitting shapes such as elbows and U-bends, in sizes from 25 to 100 mm in diameter. Manufacturing operations have demonstrated that the Unison tube-bending machines have significantly boosted Ultibend’s manufacturing speed compared with its previous hydraulic bending machines.
“We knew of Unison as we have had dealings with them in the past,” says Ultibend director Linc Turley. “We like that being software engineers, Unison can take our ideas and issues, and come up with a tailored solution in the form of a customer-specific machine. They’re also an ethical company whose values align with our own. This has been proved in our dealings with them, and the excellent support and prompt response to any issues we have.”
Describing some of the key advantages of Unison’s machines, he adds: “The Unison solution has been invaluable as opposed to our old hydraulic system; the all-electric servo-driven machines give us greater control over bend parameters and increased accuracy. All the data is captured and automatically adjusted to the correct position during set up as opposed to manual adjustments. This gives us the ability to put lower skilled operators on these machines, as doing set ups and making adjustments is more straightforward.”
For further information www.unisonltd.com 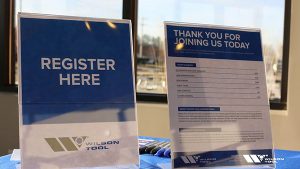 These events detail the company’s own journey and provide lean solutions that can be applied at customer facilities. The training is also a way for manufacturers to share ideas, success stories and learning experiences, while picking up tips from others.
Wilson’s lean seminars are a full-day event split into two different sections. The first focuses on basic principles like 5S, the seven deadly wastes and one-piece flow. Wilson’s training explores the underlying theories driving lean, coupled with experiments to apply them.
The second half of the day uncovers Wilson Tool’s lean journey and showcases product innovations that have come out of it. Participants go on a shop tour, taking a look at how the company has applied lean principles in the layout and flow of the plant. Representatives from the bending and punching divisions discuss tooling innovations that have helped customers streamline their own operations.
Ultimately, attendees will learn lean manufacturing principles that will help improve shop productivity and minimise excess cost and waste. Derived from the Toyota Production System or JiT production, lean manufacturing is a proven method for optimising output.
The next event is Wilson Tool’s LEAN 1.0, which is suitable for those with no lean training, or a basic understanding of lean principles. Set to take place on 20 September at the company’s headquarters in White Bear Lake, Minnesota, the training will run from 08:30 to 15:00.
For further information www.wilsontool.com 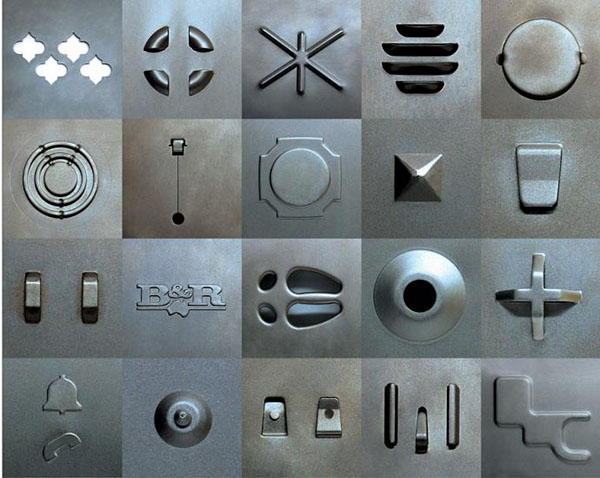 According to Mate Tooling, forming on a modern punch press makes these machines the Swiss army knife of metal fabrication. 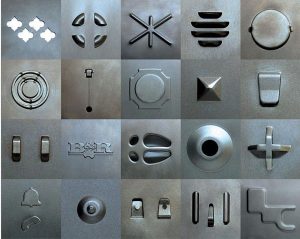 Today’s punch presses can mark, deburr and form. And when it comes to forming, there are opportunities aplenty.
Automated punch presses have been punching holes in sheet metal for more than 60 years.
However, with their stroke control and the availability of adjustable length punch holders, CNC punch presses are also being used as mini press brakes. Many types of forms are being produced in parts before they come off the turret or rail-type punch machine.
Countersinks and small embosses are among the basic forming tools being used in CNC punch-press machines to reduce or eliminate secondary operations. Lance and forms (tabs, bridges, knockouts, cable ties) and extrusions are among the advanced class of forms being produced on punching machines today. More complex forming tools include those that produce louvres, continuous embosses and hinges.
Forming tools add value by eliminating secondary operations such as forming, welding and installing fasteners. However, the press brake is not going anywhere. Space between the punch and die will always limit what can be formed on the punch press, at least for the foreseeable future, says Mate. However, if a part needs shallow forms like an embossment, a short flange or even a hinge, chances are those forms can be made right on the punch press machine bed, with no secondary operations required.
For further information www.mate.com 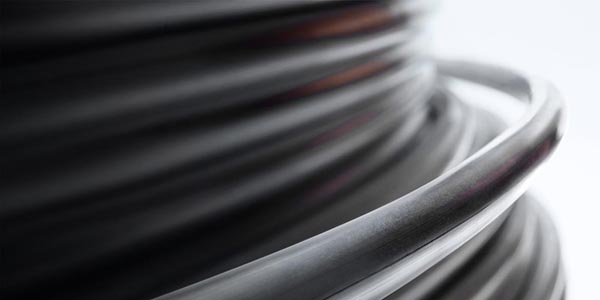 BLM Group is consolidating its presence in the wire-bending market with a new twin-head system. 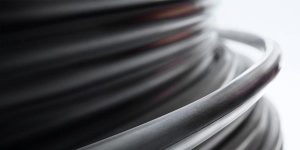 The DH4010VGP is an all-electric machine with two independent heads that is capable of bending wires up to 10 mm in diameter, along with bars, flat rods and tubes. The twin-head design makes the system suitable for medium to long parts with many bends, particularly when high planarity is required.
According to BLM, the two bending heads can work independently to make asymmetric parts. Each head is provided with a twin bending turret that increases system flexibility with regard to the achievable bend types.
The DH4010VGP can perform flexion bending (bending using a standard bushing) on each of the two turrets, pressure die bending for minimum radii, edge bending, variable radius bending, and strike bending on the same part. Moreover, the bending heads can move very near each other to make exceptionally close bends.
Higher system productivity is said to be facilitated via optimised dynamics and process cycles. For instance, the wire-cutting and end-forming unit is fitted on a carriage having linear movement independent of the heads. This design contributes to an increase in productivity of approximately 30% in comparison with previous-generation systems.
The DH4010VGP makes use of existing VGP3D programming and control software, with a 3D graphic interface.
For further information www.blmgroup.com