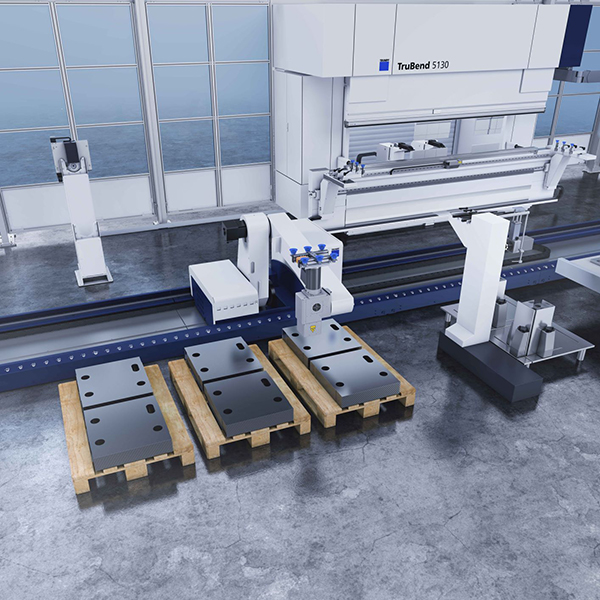 The TecZone Bend programming software that comes with Trumpf’s manual bending machines is included with the TruBend Cell 5000. In most cases no manual intervention is necessary, and the software can even process multiple parts simultaneously when required. The software provides fully automated calculations of the optimum bending sequence, tooling combination and robot path. In addition, TecZone Bend ensures there are no collisions during the bending process. The programming system even generates suggestions on the optimum way to pick up blanks and stack finished parts, though users can manually adjust the suggested settings at any time.

Rapid programming is one of the keys to making automated fabrication affordable for even the smallest batch sizes. Smart automated functions free-up programmers from tedious and repetitive tasks, giving an added boost to quality.

Trumpf’s new TruBend Cell 5000 is available with bending machines from the current TruBend Series 5000. The cell comes with a dynamic and precise drive that also offers quiet and energy-efficient operation. Compared with a conventional hydraulic drive, the drive in the TruBend Cell 5000 consumes up to 50% less energy, while simultaneously increasing cell productivity.
A back-gauge system ensures blanks are in exactly the right position during the bending process. Furthermore, an angle-measuring system uses a laser to automatically check the bending angle. 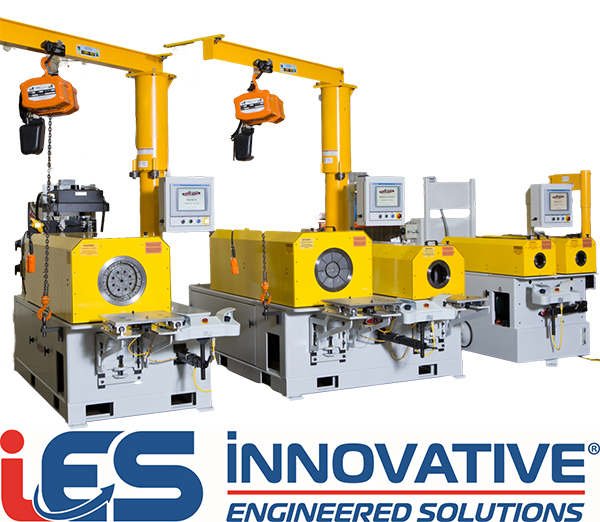 Addison Forming Technologies and Innovative Engineered Solutions Inc (iES) are forming a strategic partnership whereby the former will exclusively distribute and support iES’s product range in Europe and non-exclusively in other regions globally outside of North and South America.

Addison Forming, located in Preston, is a global solutions provider of machinery, tooling, automation, robotics and process support for a wide range of tube-bending and forming applications in the automotive, aerospace and nuclear industries. The company provides a range of all-electric CNC benders with double bending head intended for the 3D bending and curling of tubes and profiles, as well as a range of electric hybrid tube benders. Furthermore, Addison Forming supplies complete turnkey packages and modular cells for high-integrity, volume production.

iES, based in Ohio, USA is a rapidly expanding manufacturer of end-forming machines and tooling for tube-end expanding, reducing, sizing, notching, trimming and perforating. The company is also a supplier of hydraulic and all-electric servo-presses. iES prides itself on its commitment to quality, responsiveness, on-time delivery and complete customer satisfaction.

The new agreement between Addison Forming and iES represents a synergistic partnership for the two companies, whose combined experience in tube forming globally is vast.

Addison Forming Technologies is a part of the Machine Technology Group of Belgrave & Powell, a specialist engineering investment group located in the UK. 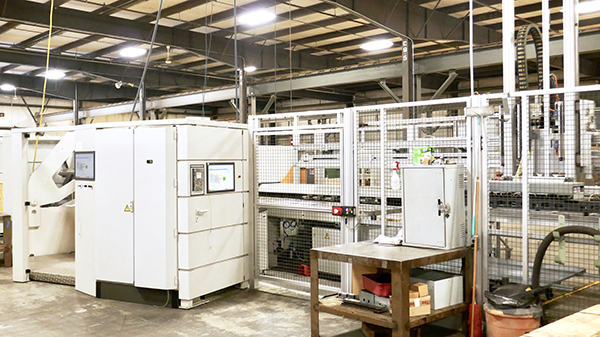 RAS bending machines have increased productivity, quality and design capabilities at an Orchard Park, NY-based manufacturing facility. Diversified Control is a custom manufacturer that provides unique security enclosure solutions for the telecommunications industry. To meet its growing metal fabrication needs, Diversified Control purchased its first RAS MultiBend Center 79.22 in August 1998 and upgraded to a new model in December 2016. The company has since purchased a second automated bending machine, a RAS MiniBend Center. RAS machines are available in the UK from Press & Shear.

“These machines fabricate a significant amount of product for us,” says plant manager Tim Spencer. “We offer a broad range of custom electrical/telecom enclosures and panels, and many other associated formed parts. They are a great solution for our fabricating needs.”

The RAS fabrication machines allow Diversified Control to form panels at a much more efficient rate.

“There are features that can be created far more easily, especially on the MiniBend, than can be done on a manual press brake,” says Spencer, elaborating that the machine has opened the company’s “landscape to create more intricate parts”.

Diversified Control has experienced a significant increase in productivity due to the efficiency of the RAS machines.
“Having a RAS machine increases the throughput of parts significantly compared with the output of a single person,” concludes Spencer. “The MiniBend, specifically, can run without an operator.” 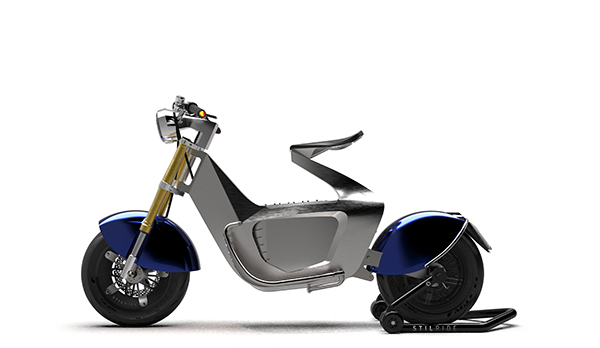 A combination of innovative design and sustainable new production techniques are responsible for the first stainless-steel electric scooter made by Swedish innovation company Stilride. With Semcon as its partner, the company is planning to challenge traditional manufacturing techniques and pave the way for new design by using robots to fold steel.

“Our ambition was to create the world’s most attractive, most sustainable electric scooter,” states Tue Beijer, industrial designer at Semcon and one of the founders of Stilride. “By using industrial robotic origami we can fold structures from a flat sheet of metal in completely new ways and create shapes true to the material’s characteristics and geometric nature.”
It all began as a Vinnova-funded research project, looking at how a new way of shaping steel could pave the way for new design and business opportunities. The first result of the project is the Stilride SUS1 electric scooter, which is now available to purchase. This powered scooter has a novel design, innovative technical features, durable, efficient batteries, and a powerful electric motor.

“The environmental footprint of the production process for this product is minimal, while our ‘Light.Fold’ production technology makes for flexible manufacture,” says Beijer. “In addition, stainless steel can be recycled, and it offers long service life.”

Semcon’s responsibilities in the venture involved CAD, mechanical engineering and project management. The business community and academia will now further examine the advanced production method devised for the project. 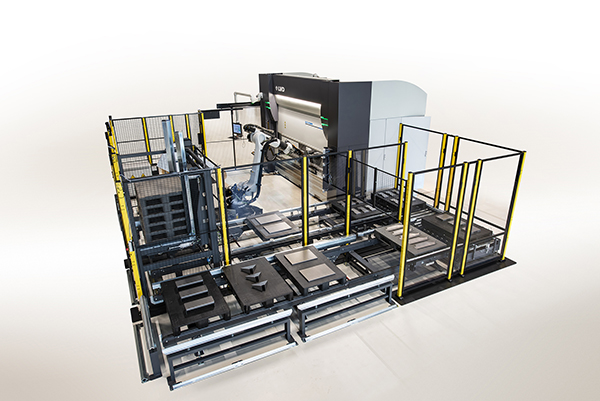 LVD’s Ulti-Form features a 135-tonne press brake designed using the ToolCell platform, the company’s automated tool-changing press brake, integrated with an industrial robot. The press brake houses a built-in tooling warehouse and uses a gripper mechanism in the machine’s back-gauge fingers to quickly change tools. As the robot picks the first workpiece from the input stack and centres it, the press brake completes the tool change. Ulti-Form handles parts from 50 x 100 mm up to 1200 x 800 mm, weighing up to 25 kg.

LVD’s Ulti-Form robot gripper is a patent-pending, auto-adapting design. The gripper has the flexibility to accommodate a number of part geometries, automatically adjusting to workpiece size. This attribute allows the processing of different component geometries without the need for a gripper change, keeping production continuous and uninterrupted.