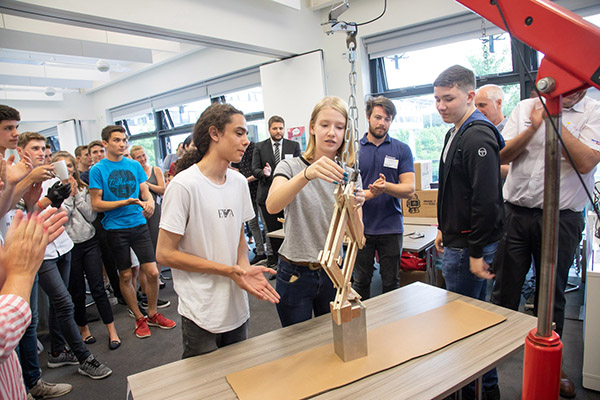 Three schools from Wales and Warwickshire were the main winners at the first ever ‘Design and Make Challenge’ organised by the Manufacturing Assembly Network (MAN). 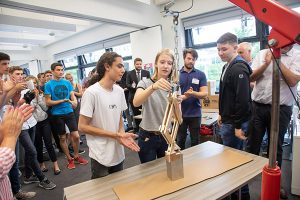 Alcester Grammar, Southam College and Ysgol Bro Dinefwr beat off competition from other rivals to take the Manufacturing, Innovation and Efficiency titles respectively, impressing judges with their teamwork, creativity and ability to meet the project brief.
In total, 28 students swapped their daily lessons for the chance to test out their engineering and design skills by using basic materials and tools to make a device capable of lifting a 13 kg block of stainless steel using friction grip alone. The event, which was hosted by WMG, is the first in a number of activities being created by MAN in order to help it bridge the skills gap and start developing a pipeline of future engineers.
For further information www.man-group.co.uk 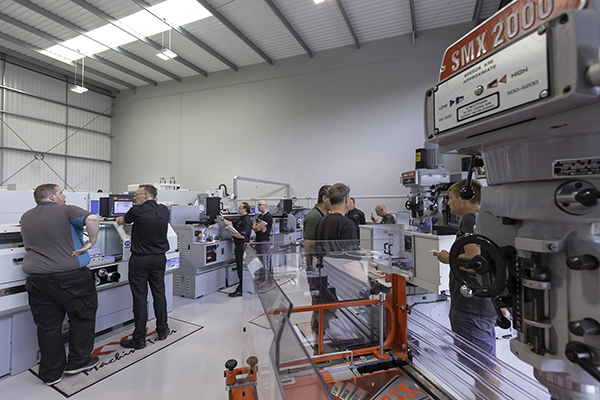 XYZ Machine Tools officially opened its new showroom at Slough earlier this month, an event that resulted in a record-breaking day for machine sales. 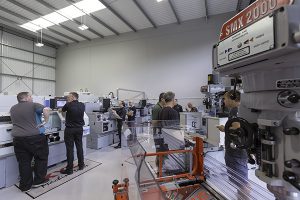 “This is the best one-day open house that we have ever seen, with over 50 companies taking the time to visit XYZ and see what was on offer,” says managing director Nigel Atherton. “By lunchtime we had already taken orders for 15 machines, with the afternoon proving just as popular when a further eight machine orders were taken. The total value of sales was just shy of £800,000.”
The new showroom is located just off the M4 motorway and is available for customer demonstrations and training, being a relatively short drive for customers from across the southeast and central England regions. “Visitor numbers at this opening event shows that we have selected a good location,” says Atherton. “This will allow more customers the opportunity to see demonstrations of XYZ machines, as well as receive training once they have made a purchase.”
For further information www.xyzmachinetools.com 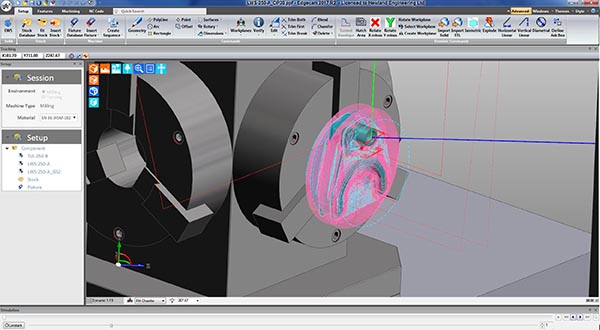 A specialist in gearbox and transmission systems for the motorsport industry is branching out into electric vehicle transmissions, and has benefitted with a new manager driving its Edgecam software use up a gear. 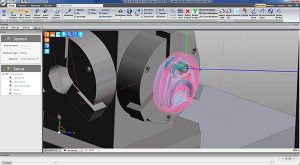 Dominic Prinsloo, production engineering manager at Hewland Engineering, works closely with the design team to ensure that all components can be accurately produced through their manufacturing cells.
Hewland has a long history of being the “go-to” company to provide racing gearboxes for vehicles in competitions such as Formula One, LeMans GT, WRC rally, Open-wheel formula and Touring Cars; along with high performance sports cars that are equally at home on the road or track. The company also produces transmission systems for Formula E electric cars, and is now working on a number of projects for electric road cars.
Core business at Hewland comprises gear components that include the box, gears and layshafts – in fact everything that makes up the entire transmission system. Around 95% of parts are programmed through Edgecam, and almost all are complex, with tight tolerances of 5-10 µm.
Since joining the company in September 2017, Prinsloo has introduced new ways of working with Edgecam. “Hewland have used Edgecam for many years, but weren’t utilising it to its full potential,” he says. 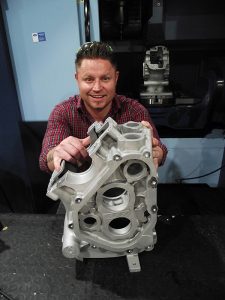 Implementing his methods has led to reduced time and tooling costs. On a gearbox selector fork, for example, the cycle time was cut from 65 to 38 minutes, and when tooling costs were also taken into consideration, the savings on that component were “considerable.”
And with a larger fork, Prinsloo’s methods with Edgecam saved around 30 minutes on each individual item. Forecasts show that over a 12 month period, the Edgecam changes will also lead to considerable savings on every type of gearbox fork manufactured at Hewland. “It all means we can offer far more competitive prices to our customers.”
Those changes include bringing in solid models for programming and generating features from the model.
“We also use profile features, either generated from the ‘Features Find’ function, or generated manually. When I came to the company, the system was to input the values manually, which was time-consuming and prone to error. Now, the code is generated by associating the tool paths to the features, so whenever the component is upgraded to the next version and the model manipulated – such as a particular diameter being changed from 32 to 45mm – we just regenerate the feature and the tool path changes automatically.”
However, he says the biggest game-changer was introducing Edgecam’s Waveform roughing, both for the company’s milling and turning cells. “It’s now used for all our face grooves, groove turning and full rad inserts, which has reduced cycle times dramatically.” 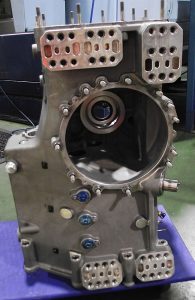 Previously, when milling the company’s range of gear selector forks, a high feed method was used, with multiple face cutters for one component. Prinsloo says: “Those step cutters only lasted for three parts before having to be replaced.” He changed the manufacturing process to incorporate Waveform, machining 2.8 m/min minute at 4200 rpm with a 10% step-over, which has cut the number of tools required to produce the component.
“We’ve reduced the cycle time by 20 minutes on stage one machining, and eight and a half minutes on stage two machining, which means we’ve saved around 30 minutes on each fork,” says Prinsloo. “And we cut around 23 billets per carbide, instead of three.”
Many of Hewland’s shop-floor workers were a little wary of Edgecam’s Waveform strategy at first, worrying that the ramped up feeds and speeds would break the cutting tools.
“They’d never seen anything like it,” says Prinsloo. “I introduced it slowly, starting with a low revolution, then gradually increased it until we got to a 10% step-over, and 2.2 m feed. That was on EN36 case-hardening steel, so the team very quickly realised exactly what Waveform could do. I know we can push the machine even more, but this is perfect for our needs. It means the operator can leave the machine running while he goes on to work on another one.”
And those same operators now want Waveform to be the default machining strategy.
“We have what we call legacy components, which were originally programmed a long time ago,” he says. “Shop-floor personnel are asking us to change the programming to Waveform, telling us they find it more reliable, and that it reduces load on the spindle.”
Prinsloo says another Edgecam benefit is its ease of use. “We load the STEP file, and if it’s not a raw casting, we generate stock through Edgecam’s stock library. Then we load a chuck if it’s a turned component, or vice if it’s a milled part.”
After that comes what he calls the real power behind Edgecam – generating the features on the model before the programming sequence is started; loading the machine, and generating the toolkit, which in turn creates the set-up sheet as the live job report.
“We have everything within Edgecam: the stock, the model, chuck, machine, and tool kit. We simply couldn’t run our shop without it.”
Prinsloo predicts that Edgecam is going to be even more vital in future, for prototyping new gear components used on electric vehicles. Design engineer Ashley Craig is currently working on a number of transmission systems for that growing market. 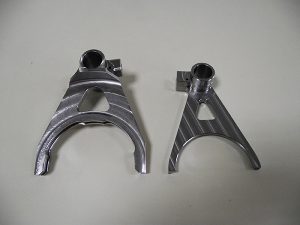 “I liaise closely with Dominic to ensure that the finished 3D model can be accurately machined,” he says. “It gives me total confidence that my designs will be faithfully translated into the finished part, and ensures that Hewland continues to compete at the top level in terms of the gears and transmissions produced. Thanks to Edgecam, we can give our customers competitive prices, because it keeps both development and manufacturing costs to a minimum.”
For further information www.edgecam.com 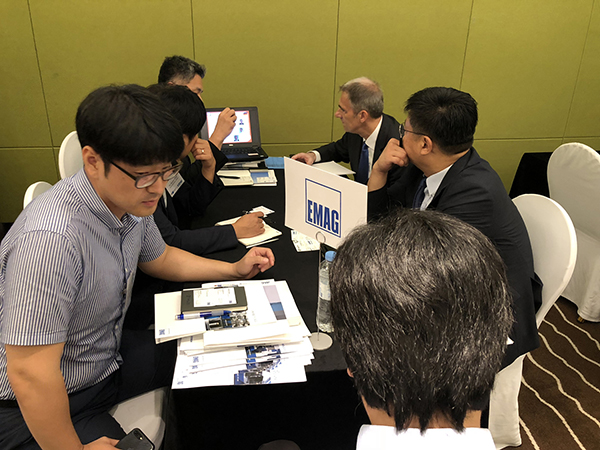 Some 14 German machine-tool vendors recently showcased their production technology in the metropolis of Busan, South Korea. 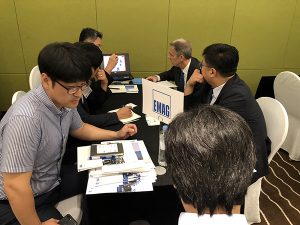 The trip, organised by the VDW (German Machine Tool Builders’ Association), allowed machine-tool suppliers to meet with 170 potential customers from South Korea, principally from the automotive industry and its component supply chain. Among the machine-tool vendors delivering presentations were Alzmetall, Chiron, Emag, FFG Europe, Pfauter, Heller and Kapp Niles. The presentations focused mainly on specialised capabilities for the Korean industrial sector, such as networking solutions in the Industry 4.0 environment.
For further information www.vdw.de 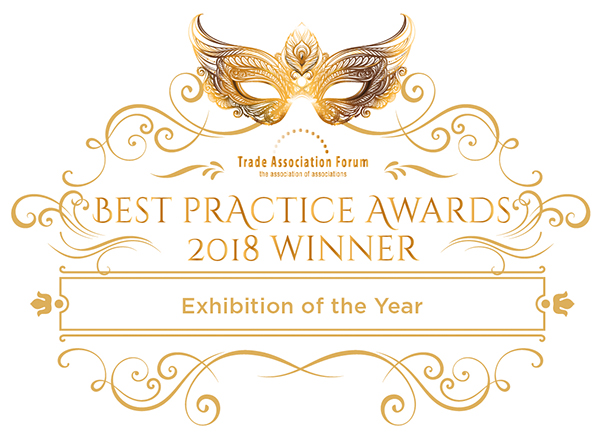 The MACH 2018 exhibition, which was held at the Birmingham NEC in April, has won Exhibition of the Year at Trade Association Forum (TAF) Best Practice Awards. 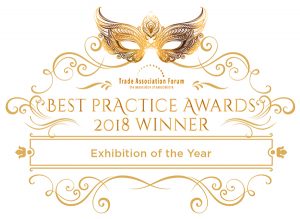 Now in its 16th year, the TAF Best Practice Awards recognise, reward and promote best practice among UK trade associations. The annual event is formally supported by the Department for Business, Energy and Industrial Strategy, and took place on 10 July at Draper’s Hall in London, with hundreds of guests from the UK’s premier trade associations.
For further information www.machexhibition.com