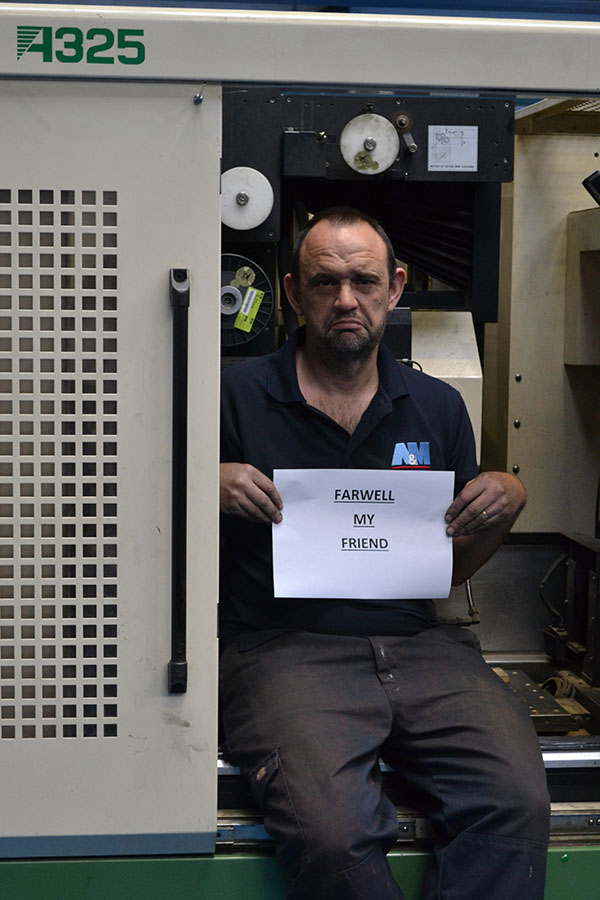 The first-ever wire-erosion machine installed at A&M EDM has reached the end of its working life after 17 years, and is now being decommissioned for spare parts. Company bosses estimate the machine has used over 30,000 miles of wire during its time in service, the equivalent of flying from the West Midlands to Sydney three times. 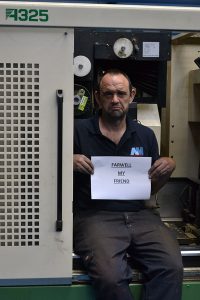 Founded in October 2002 in Smethwick, West Midlands, A&M EDM began with just two employees. The Sodick A325 CNC wire eroder was the company’s first purchase.
Co-founder of A&M, Arthur Watts, recalls the first time he used the machine to wire jigs and fixtures for a manual hole burner, which is still in use today: “Decommissioning the A325 is a milestone for A&M it’s been an incredible workhorse and it feels like a close colleague is leaving. This machine produced a consistently high standard up until its ‘retirement’, helping us grow to our current capacity of 29 EDM spark and wire machines, sales of over £6m, and 70 employees.”
The A325 wire eroder has repaid its purchase price many times over, spending an average cutting time of over 4,000 hours in each of its 17 years in service. Thousands of jobs have been completed, ranging from simple heading dies to precision aerospace and motorsport components.
Watts says: “When we bought the A325 it was a top of the range wire eroder that could hold its own against any competition. We’ve now replaced it with a new Sodick ALC600G, which we hope will give us the same incredible service.”
For further information www.amedm.co.uk