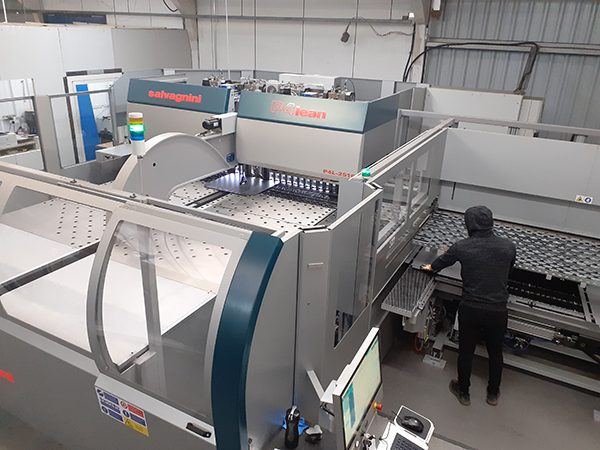 Penn Elcom, a manufacturer of hardware for flight cases, speaker cabinets and 19-inch racking solutions, has seen benefits such as faster cycle times and shorter lead times thanks to the phased replacement of press brakes with advanced LEAN-series panel benders from Salvagnini. Investment of this level reflects the company’s global status as a $60m turnover business with a catalogue that contains more than 3000 products in the field of stage technology.

“We’re the biggest manufacturer of flight case hardware in the world,” states Roger Willems, founder and chairman of Penn Elcom. “There can’t be many bands or orchestras that do not use our products. Everyone thinks we’re American, but I started the company here in the UK.”

It was 1974 when Willems founded the business in the village of Penn, Buckinghamshire, where his first investment was a pre-owned power press costing £250. But from small acorns mighty oaks grow. In 2003, Penn merged with Elcom, a US flight case specialist and the company’s primary competitor. Today, Penn Elcom has UK manufacturing sites in Hastings (where the Salvagnini panel benders are located) and Tyne & Wear, as well as subsidiaries in 15 countries worldwide.

Among the specialisms at the Hastings facility are products for 19-inch racking systems. These units are essentially standardised frames or enclosures used extensively in stage technology for mounting multiple electronic equipment modules. The 19-inch racking products manufactured on site include cabinets, enclosures, shock-mount systems, rack strips/rails, shelves, drawers, panels and doors, all of which require folds. Until recently the company relied on a selection of 10 press brakes to undertake bending operations, but since making the transition to its first of four Salvagnini panel benders in 2017, the site has achieved major advances. So what prompted the switch? 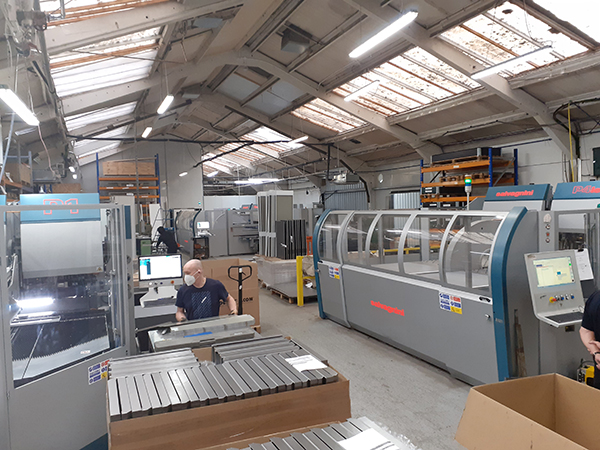 “The manufacture of 19-inch racking solutions at Hastings commenced about seven years ago as we were having quality issues with products imported from China,” explains Willems. “We had some high-end press brakes from reputed manufacturers on site, but as demand grew, particularly for large panels, it became more challenging. For example, if you take a steel panel that’s 1.5 m tall, weighs 15 kg and contains 15 folds, it is physically difficult to manipulate it efficiently.”

Willems had long-known of Salvagnini panel benders, but always thought these advanced machines would be beyond his budget.
“However, one night I was on the internet looking at panel benders and curiosity got the better of me, so I made my first enquiry for a Salvagnini,” he explains. “It struck me as quite a big leap from a press brake to a Salvagnini, akin to replacing a two-seater propeller aircraft with a jet. And yet, when I learnt the price range, I was pleasantly surprised. I subsequently sent three products to Salvagnini that were proving difficult to fold using our press brakes. One of these products – a cabinet corner post – was about 2 m in length, 2.5 mm thick and had 8-10 folds. It necessitated three lifts on a press brake, so our existing cycle time was around 15 minutes, and we had quite a high reject rate.”

The trials showed that a Salvagnini panel bender could fold these products in just 50 seconds, prompting Penn Elcom to invest in its first machine.

“That was in 2017, and we now have four Salvagnini LEAN-series panel benders at Hastings, as well as one in China,” says Willems.

The Hastings site houses a Salvagnini P1, (Mini Panel Bender with a bend length of 1,250mm) and three P4lean automatic panel benders. The latest P4lean arrived in February 2021. Of the 10 press brakes owned by the company prior to the panel bender era, only three remain on site.

“Finding the skills to run press brakes is not easy, so the Salvagnini machines have also helped in that regard,” says Willems. “All of our panel benders run 24/7, with typically one operator looking after two machines. Their reliability and repeatability has been outstanding from the start – we have zero rejects – and I can see us adding more in the future.” 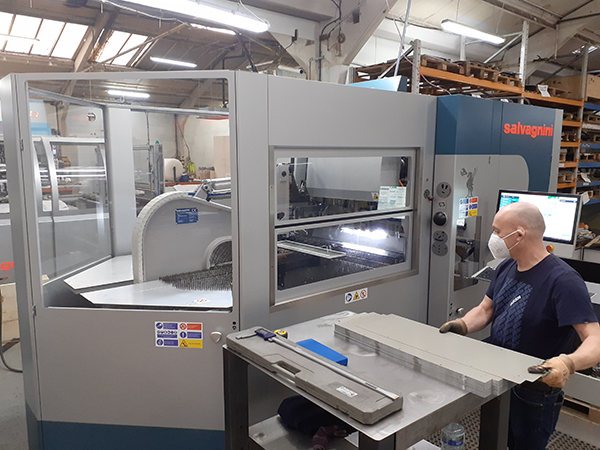 The Salvagnini P4lean panel bender natively combines productivity with its automatic bending and handling cycle. Process flexibility is inherent thanks to universal bending tools that automatically adapt to the panel geometry in-cycle, without machine downtime or manual re-tooling.

With its advanced cycles, a machine such as the P4lean completes an average of 17 bends per minute. At Penn Elcom, some of the Salvagnini machines feature a number of options that boost capability even further. The CUT option, for example, enables the automatic cutting of different profile lengths, materials, thicknesses and shapes from a single blank, making separation cuts after each sequence of bends.

The company has also taken a special V-score option, which can help deliver a tighter outside radius, as well as a special narrow blank-holder for the P-tool that can help process smaller parts deemed not possible on panel benders.

“Our operators absolutely love the Salvagnini machines,” says Willems. “I’ve been in the manufacturing sector for 50 years and I have to say Salvagnini panel benders are easily the cleverest machines that I have encountered. If I didn’t know better I would swear there is a little person hidden inside turning the metal around. We have visitors come in who are completely mesmerised.”

Willems suggests that if he had remained with press-brake technology his current lead times for cabinets would be as high as 16-20 weeks, with little potential to produce samples.

Samples and prototypes are an important part of business at Penn Elcom as the company is constantly developing new products to help spur further growth. A good example is DoorJammer, a portable door security device. Ever laid awake at night in a hotel room worrying about security? DoorJammer is the solution. Willems even presented the device on BBC television programme Dragons’ Den in 2017. DoorJammer is now a fully incorporated company within the Penn Elcom Group.

Another example is the PBX1 parcel box, offering a secure solution to unattended parcel delivery.

“The PBX1 is already selling in good numbers but if, as expected, it starts selling in really high volumes, we would sink without the Salvagnini panel benders,” says Willems. “We’ve learnt to take advantage of opportunities when they present themselves, and the Salvagnini machines allow us to do that. You can’t be a pioneer in industry if you don’t take risks.”