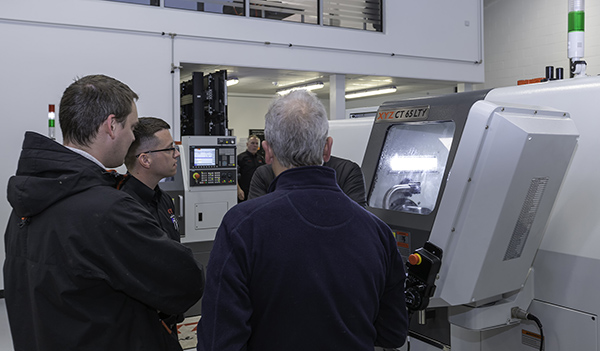 The three recent clearance events held at XYZ Machine Tools’ Blackburn, Sheffield and Nuneaton showrooms have generated significant business, with order values across the three days reaching £1.8m. In addition to deals being made on existing showroom stock, visitors to the events took the opportunity to place orders for a variety of machines from XYZ’s range. 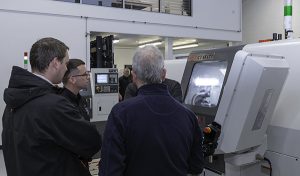 “The early bird really does catch the worm at one of our clearance events,” says managing director Nigel Atherton. “However, those arriving throughout the day also had the opportunity to receive some incredible deals on anything from a manual lathe through to a UMC-5X five-axis machining centre.” The level of orders and additional enquiries taken at the events confirms the positive 2018 already reported by XYZ Machine Tools, which has seen growth in excess of 25% compared with 2017.
For further information www.xyzmachinetools.com 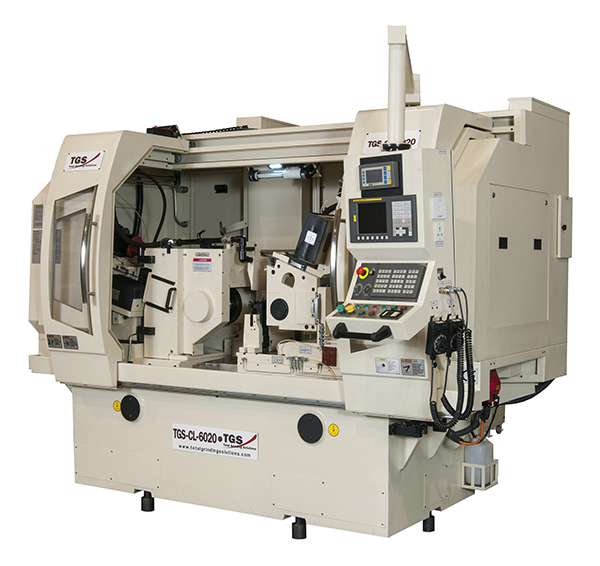 While Hank Matousek Sr. was perfectly content in his position as quality control manager at a bearing company during the late 1960s and early ‘70s, he had no idea that his employer’s growing financial woes and a pending layoff would become his surprise catalysts to found Grind All.


Not surprising, though, was that Matousek’s background as a quality leader would lead him to place value and excellence above all in his new enterprise. From Hank’s one-man shop with one used grinder in a central Ohio basement, to today’s 45-machine, 52-employee, Brunswick-based Grind All Inc., the Matousek family still places quality above all else. Hank’s “Do it right and make your product better” creed has been the cornerstone of Grind All’s operations since the company was founded in 1972. “Do the best you can and people will come back. Do jobs better than anyone,” says Grind All president Henry Matousek Jr., quoting his father.
That’s why, while other manufacturing companies are tossing around “quality” buzzwords, Grind All is busy applying real time and resources toward meeting its ongoing quality goals. As a result of that focus, Grind All has had ISO 9001:2008 certification since 2011.
Over the course of Grind All’s nearly 45 years, its customer base has grown to include many companies in the aerospace and defense industries. That’s why obtaining an additional certification to AS 9100C was the logical move for quality-obsessed Grind All. The AS 9100C certification, issued by SAI Global, is the highest of global standards for quality assurance in the aircraft, space and defense (AS&D) industries. The AS 9100C certification, along with its ISO 9001:2008 certification and ITAR registration, would make Grind All uniquely qualified to offer a complete range of services to even the most quality-conscious customers.
Obtaining AS 9100C certification is no easy task for any company—not even one like Grind All. Critical factors in the AS 9100C certification are the processes, characteristics, parts and software that have a significant effect on product realization and on the use of the product. As Grind All began the certification process by evaluating their inventory of production machine tools (centerless grinders, OD grinders, ID grinders, surface grinders, honing machines and flat lapping machines), it became clear that the company’s antiquated Cincinnati 220-8 centerless infeed grinder would not make the cut. Although it had been successfully rebuilt over the years and was working, it did not provide the reliability and precision required by AS 9100C regulations. Grind All saw two options: Either invest a significant amount of money to patch up the 220-8, or find an outside source for centerless grinding work. Neither option was acceptable. As the Cincinnati centerless became even more unreliable, Henry Matousek Jr. turned to Total Grinding Solutions for advice.
President Dan Geddes and company partner Joe Giacalone, founders of Total Grinding Solutions of Warren, Michigan, are the brains behind the development of the TGS machine. With a combined 75 years of grinding experience, Geddes and Giacalone made it their goal to design and build a robust centerless grinder that would be precise and would boast the technological innovations of the best machines on the market. The key was to engineer this machine with the latest state-of-the-art features, but to sell it at a very moderate cost. “We applied our hands-on grinding experience with our in-depth knowledge of grinders and set out to design a quality centerless grinder that could handle even highest-volume production runs with extreme accuracy and consistency,” says Giacalone. “We were looking to produce a more economical, more precision-based solution. We know what works, and we were determined to ‘build a better mousetrap,’” adds Geddes.
After several iterations, the TGS-CL-6020 CNC centerless grinder was launched at an open house in August 2014 at the company’s Warren, Michigan location. That’s where Matousek and his team saw the machine for the first time. While Matousek appreciated the grinder’s modern design, he was especially pleased to learn that the tooling from his ailing Cincinnati 220-8 centerless could cross over to the TGS-CL-6020. This meant that he wouldn’t have to spend precious resources on pricey tooling.
As Grind All compared offerings from TGS and several other suppliers, the TGS CNC centerless grinding machine stood out for several reasons. The TGS CL-6020’s flexibility would accommodate Grind All’s requirement that the machine be able to run a variety of parts and, most likely, two or three different parts and materials per day. The controls on the TGS-CL-6020 had to be user-friendly to minimize training time and shorten the learning curve. As a job shop, albeit a very successful one, Grind All did not have an unlimited budget, and price was a consideration. Luckily for Grind All, the TGS-CL-6020 had been priced to meet the needs of the middle market, whose options previously were low-cost basic machines or expensive high-end machines. After a series of test grinds, analyses and consultations, Grind All management selected the TGS-CL-6020 to replace its old Cincinnati.
To further accommodate the client’s needs, TGS modified the machine controls to mimic what was already in place at Grind All.
With its new TGS machine, Grind All met its AS 9100C criteria.
“The machine’s FANUC controls are great. They’ve always been great. It’s nice to be able to call TGS or FANUC for assistance rather than being tied in to some company’s proprietary software,” says Matousek. “The TGS is everything we would want in a machine. Once our new centerless got going, it’s proven itself as a solid machine that will carry us into the future. It will be around for a long time.” 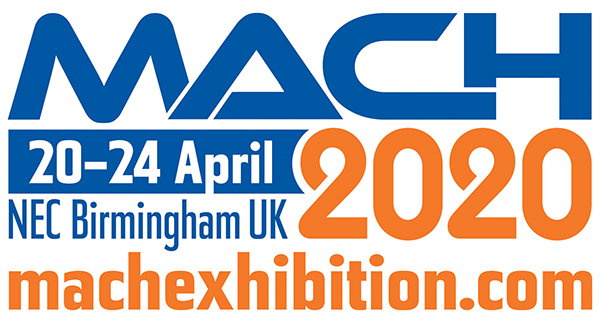 Demand for space at MACH 2020 is in excess of what it was at the same point in advance of MACH 2018. 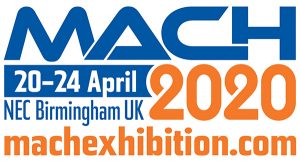 The sales process for the show started during MACH 2018, which saw a 50% increase in exhibitors re-booking on site to ensure they had space at the 2020 event. For MACH 2020, new zones have also been added to the floor plans to provide a fuller picture to the UK market. These include an Automation Zone, as well as a branded Training Zone. The Training Zone, alongside the established Education & Development Zone, will enable visitors to get a flavour of what a career in advanced engineering is like.
For further information www.machexhibtion.com 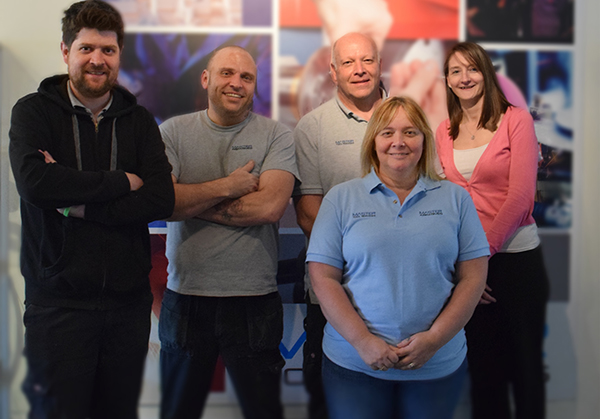 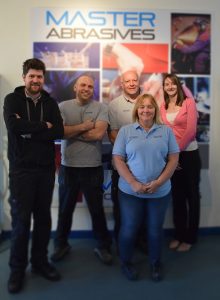 Paul Batson, managing director, explains the newly devised approach: “The introduction of team leaders in chosen departments will give us a more defined structure and ensure that clarity is maintained for all, especially when the manager of the team is not on-site. I believe this move will make us more efficient, and help prepare the business for continued growth.”
For further information www.master-abrasives.co.uk 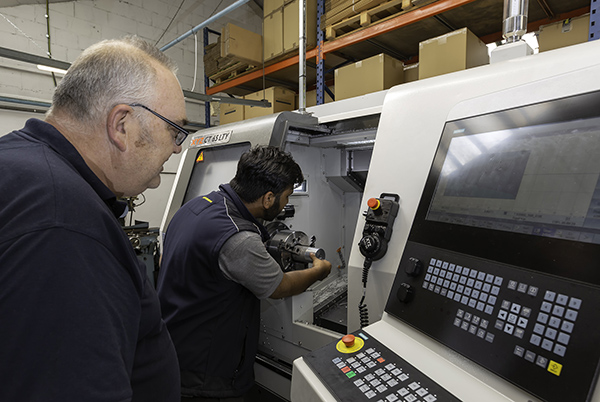 Hackbridge-based Monument Tools specialises in supplying the plumbing and roofing industries with the tools its needs to complete the job. 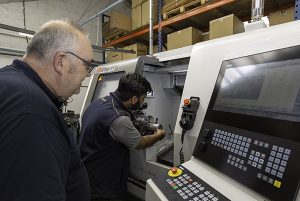 As all of its products are developed in-house, the company’s toolroom plays an important role in business success. Here, Monument requires the ability to efficiently create small batch quantities and be able to change designs quickly, hence the company’s willingness to invest in machine tools.
Monument’s most recent toolroom investment is an XYZ CT65LTY turning centre. The Siemens 828D ShopTurn conversational control, 70 mm of Y-axis travel and 400 mm swing, make for a highly versatile machine. Other standard equipment includes a 200 mm hydraulic chuck, 12-station VDI turret with live tooling capability, Renishaw tool setting/probing, swarf conveyor and fully programmable tailstock.
“We needed a machine that could produce parts in a single hit to reduce development time and labour costs,” says chairman John Collier. “The simplicity of the control on the XYZ, and our use of offline programming, means we can quickly produce batches of 10-off prototypes and confirm the design is suitable for our customers’ needs, as well as ensuring it is production ready for batches that are sometimes in excess of 1000-off. The one-hit capability of the XYZ CT65LTY generates much greater efficiency within the toolroom.”
Having installed the XYZ CT65LTY, an additional bonus arrived when a company local to Monument Tools heard about the investment. “We only took delivery of the machine in June, but word soon spread and we were approached to see if we would be interested in taking on some subcontract work for complex parts with tapers on the external and internal surfaces,” explains a pleased Jon Norton, engineering manager at Monument Tools.
For further information www.xyzmachinetools.com