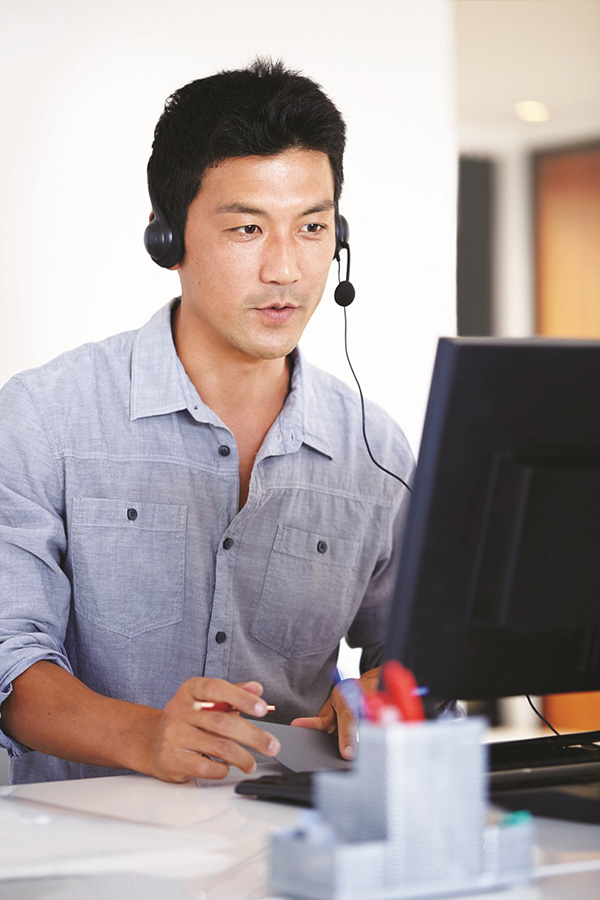 Durability and reliability expert HBK is running a series of online training courses that will enable engineers to address work challenges utilising nCode and ReliaSoft software. The courses – created around the needs of engineers from a range of industries such as automotive, aerospace and energy – can develop skills in the areas of reliability, maintainability, durability and fatigue analysis, through a deeper understanding of background theory, hands-on examples and real-world case studies.

Upcoming reliability and maintainability courses include ‘Fundamentals of Reliability’, where attendees will learn how to analyse and model reliability data using ReliaSoft Weibull++ and BlockSim. The course provides a solid foundation of the methods, analyses, applications and associated tools in reliability engineering mathematics – from basic data analysis and modelling to advanced methods and concepts.

Advanced courses covering more in-depth concepts like the fatigue of welds and predicting the fatigue life of products that experience dynamic stresses, are also available.

Courses are delivered over a series of three-hour sessions presented by Prenscia application engineers, who provide real-time instruction in a virtual meeting environment. 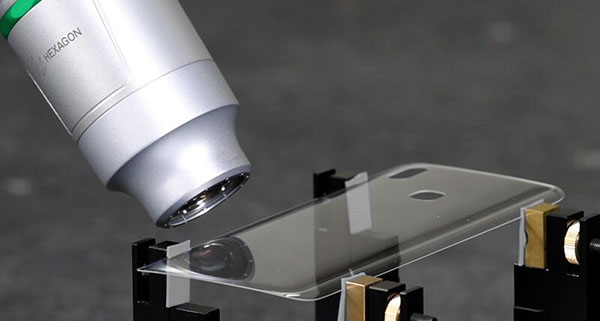 A new high-speed, non-contact sensor for use with CMMs from Hexagon’s Manufacturing Intelligence division addresses growing demand from the consumer electronics and medical industries to rapidly inspect delicate parts with a range of surface finishes, including those produced via additive manufacturing, without applying damaging pressure.

Manufacturers of components with vulnerable surface finishes struggle to achieve optimal efficiency because traditional tactile inspection can be time consuming, and parts often end up incurring damage during measurement. In cases requiring 100% component inspection, the deformation of delicate surfaces impairs productivity and, ultimately, the bottom line.

The sensor’s ability to measure components with transparent, polished, rough and matt finishes makes it easy to quickly and accurately measure parts made with delicate materials, including components such as LED vehicle lights and solar panels. Non-contact capabilities also offer high throughput inspection of medical devices, such as surgical implants, where the high-accuracy inspection of every part is essential.

Additive manufacturing processes pose unique challenges because parts often require measurement throughout production to ensure quality, but the cycle time needed to perform the precision inspection of rough unfinished parts can be prohibitive. As a new option in a line of specialised sensors extending the range of measurement technologies for use with a single CMM, the chromatic white-light scanning sensor offers an efficient way of scanning parts with high accuracy throughout production. 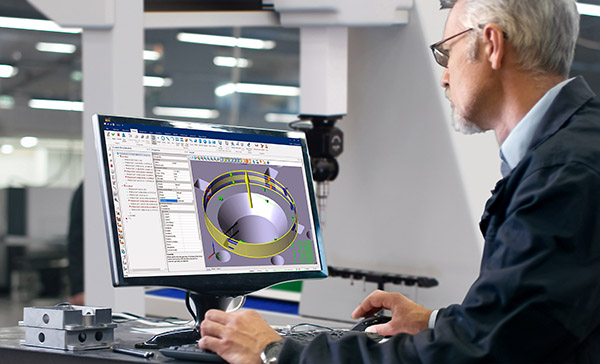 LK Metrology has released the latest version of its measurement, programming, analysis and reporting CMM software. Now called CAMIO 2021, numerous improvements help to increase inspection productivity, enhance the quality of data collected and gain better insight into the measurement of components.
For instance, CAMIO 2021 Geometry Validation reduces the time taken when preparing new inspection programs by automatically detecting which surfaces of the CAD model should be used to measure the feature. It ensures that all measurements are taken on suitable surfaces automatically, at the same time providing the programmer with the option to modify default settings and selections.

During programming of the feature, the CAD simulation highlights the geometry used for the validation and previews the measurement sequence. This preview combines with the teach path view to provide full visual and numerical evaluation of the programming sequence prior to executing the touch points or scanning sequence, enabling the programmer to get the inspection sequence right first time when programming online or offline.
Other improvements have been made to the programming workflow by extending the picking function to touch points and scan paths on a CAD model, and to indicate the selection of existing measured features.

New for CAMIO 2021, probe self-centring allows the centre point of a V-groove to be automatically located and measured using a scanning probe. This capability replicates hard gauging and measurement with gauge balls, typically used for gear tooth inspection and measuring countersink depth. Probe self-centring responds to the continuous deflections of an analogue probe in real time to locate the mid-point between two surfaces. 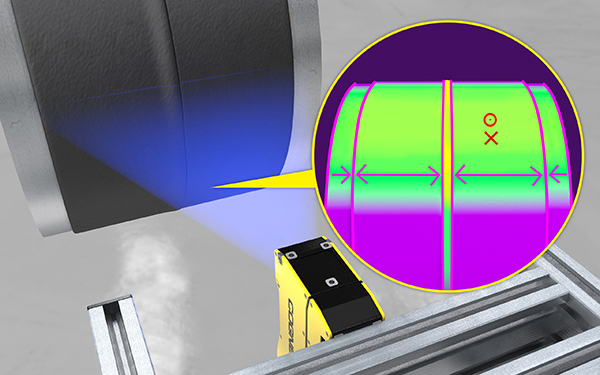 Cognex states that its In-Sight 3D-L4000 vision system enables engineers to solve a range of inline inspection, guidance and measurement applications on automated production lines quickly, accurately and cost-effectively. The smart camera offers a suite of true 3D vision tools that are as easy to use as Cognex’s 2D vision tools thanks to the familiar and robust In-Sight spreadsheet environment. In addition, the patented speckle-free blue laser optics are an industry-first, enabling the capture of high-quality 3D images.

The type of laser used in the In-Sight 3D-L4000 is a significant technical advance in laser-based imaging: the vision system eliminates speckle by using a special laser in the blue light range. As a result, the imager sees a clear laser line, resulting in higher accuracy 3D images. In addition, the laser provides its own illumination for both 3D and 2D images – the system does not require any external light.

As a further advantage, the In-Sight 3D-L4000 has its processing power built right in, allowing the vision tools to perform true 3D point cloud inspections without the need for an external controller or third-party PC-based software. A nice side benefit is that, with on-board processing, it is possible to complete image analysis in a very short time. 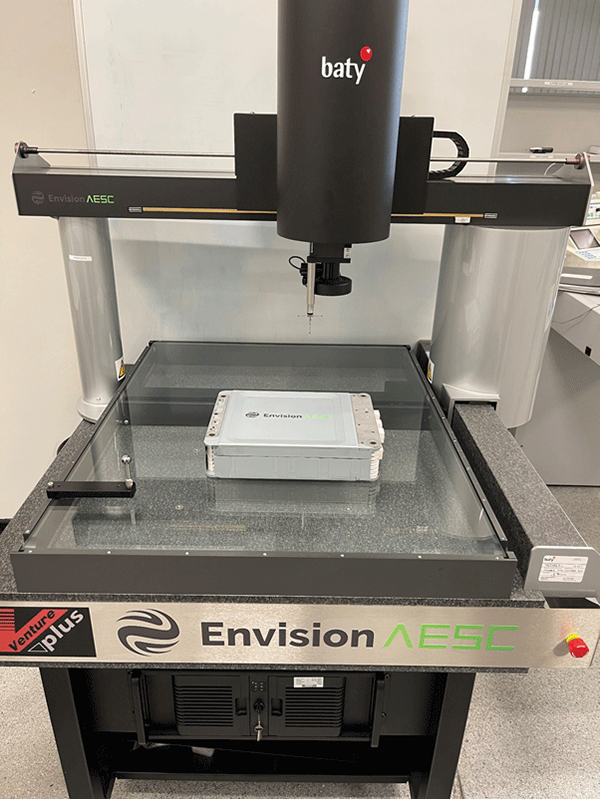 One of the world’s leading battery technology companies, Envision AESC, has invested in a Baty Venture Plus vision system from Bowers Group to boost the non-contact inspection of battery cells. Based in Sunderland, Envision AESC manufactures lithium-Ion battery cells, modules and packs as it works towards solving the challenges for a sustainable future.

Routinely inspecting parts such as EV (electric vehicle) battery modules and cells, Envision AESC prides itself on delivering the highest quality. Prior to the purchase of the Baty Venture Plus, the team at Envision AESC found that its measurement studies were both time-consuming and complicated.

Choosing the Baty vision system was the natural choice for Envision AESC, due to its ease of use and adaptability. The Venture Plus offers a large measurement range, with its bridge-type construction made from aluminium, resulting in low inertia and low thermal mass.

Chris Woodhams, QA engineer at Envision AESC, says: “The ease-of-use in measuring, programming and generating inspection reports, and the flexibility of combining the benefits of a vision system with a traditional touch-probe CMM, ensures the Baty Venture is a valuable tool in both routine and non-routine inspections.”

Being non-contact, the vision system allows the inspection of live battery cells without any risk of electrical contact.

“Our Baty Venture Plus has reduced the amount of time and complexity to conduct measurement studies, freeing up resources in other areas and allowing routine inspections to be standardised for true data comparison analysis,” concludes Woodhams.