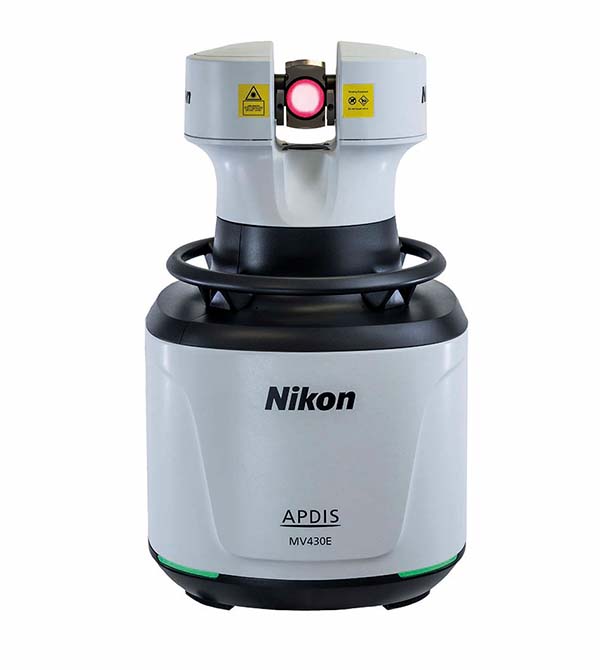 Following rigorous tests spanning thousands of hours, a new laser radar system for shop-floor quality control has been introduced by the metrology arm of Japanese camera giant Nikon. The APDIS laser radar, an automated, non-contact metrology solution, inspects features at double the speed of the previous version and, according to Nikon, delivers high-accuracy measurements equivalent to those provided by a horizontal-arm CMM.

Nikon Metrology’s laser radar products employ a focused laser beam and heterodyne interferometry to measure range accurately. This configuration produces a sensitive radar that is capable of performing measurements on almost any surface, irrespective of reflection.

Suitable for the repetitive, labour-intensive, complex measuring of objects from a long stand-off distance, and able to access even hard-to-reach areas without the need for photogrammetry targets, retroreflectors, handheld probes or surface preparation, APDIS may be used in numerous manufacturing sectors, including aerospace, automotive, renewable energy, research and indeed any large-scale environment.

A new, high-definition camera coupled with new Nikon confocal optics allow for enhanced viewing of what is being inspected. Better usability results from reducing the unit’s weight by 40% and its size by a quarter, while internal changes and comprehensive testing have further raised the level of reliability.

The APDIS range comprises four models, two of which are the MV430E and MV450E, having a 30 or 50 m radius measuring range respectively. These versions promote the use of APDIS scanners as a non-contact accelerometers by pointing the laser beam at any surface to measure vibrations at up to 2000Hz, which can be useful when assessing installations or equipment.

There are also MV430 and MV450 standard versions without the improvements for applications where top speed and vibration analysis are not required.