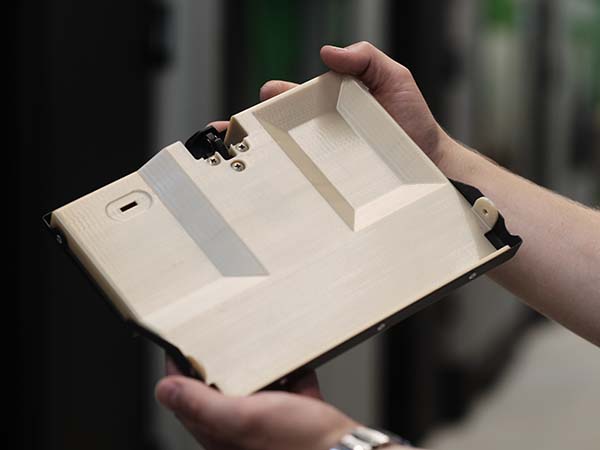 In what is one of its largest single orders to date, Stratasys says that Latvia-based additive manufacturing service provider, AM Craft, has purchased four large-scale production-grade Stratasys F900 3D printers to provide certifiable 3D-printed parts for a wide range of aircraft interior applications, including aircraft seating, panelling and ducting.

“In recent years, we’ve seen ongoing demand for 3D-printed production parts among major aircraft OEMs,” says Jānis Jātnieks, co-founder and CEO of AM Craft. “Although COVID-19 has shocked the industry in the past few months, we’re seeing efforts to restart business by remodelling passenger planes for cargo shipments, as well as projects to increase customer safety measures and improve the in-flight experience. In such cases, additive manufacturing is way ahead of slower and more costly traditional methods.” 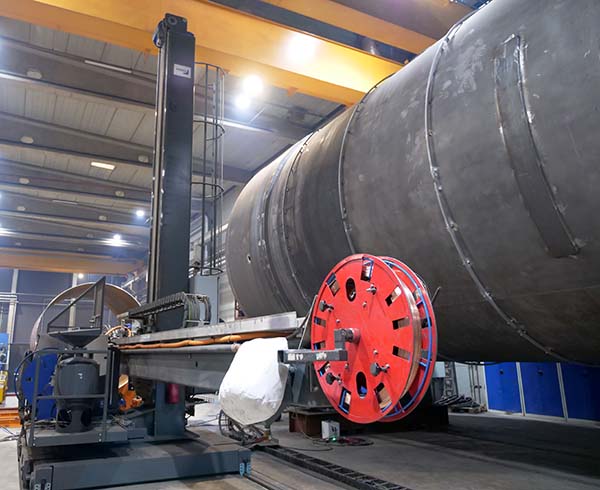 Estanc, an Estonia-based family-owned company that specialises in products such as environmentally friendly heat exchangers and pressure vessels, has been relying on solutions from PEMA for the past 10 years.

“We manufacture a lot of pressure vessels, shells and tanks, and they need to be moved around frequently,” says explains Tõnis Tuuder, designer at Estanc. “That’s why PEMA welding turning rolls for heavy workpieces are so crucial for us.” With this in mind, the latest delivery of PEMA solutions included two PEMA welding positioners: PEMA APS 1500 and PEMA APS 3500. 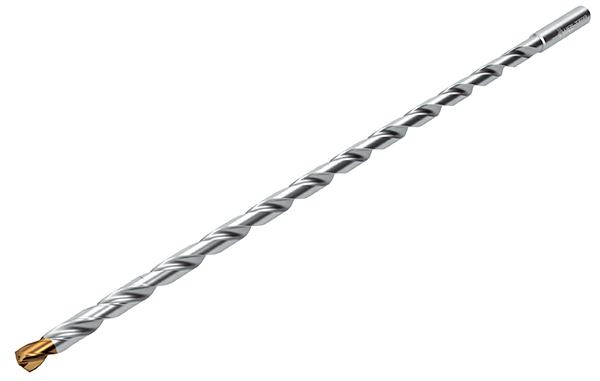 Part of the DC160 Advance range of drills – the successor to Walter’s Alpha 4xD drills – the new drills have optimised coating and geometry. Also featured is a thinner web with 140° point angle, while the fourth land is in an ‘advanced position’. The former ensures increased positioning accuracy and reduced centralised cutting forces; the latter optimises drill guidance. Furthermore, polished flutes optimise chip evacuation.

The drill grades (WJ30ET and WJ30EU) are also new. These grades comprise the K30F fine-grained substrate and a TiSiAlCrN/AlTiN multi-layer coating (as a point or as a complete coating). The layer structure makes the drills both tough and wear-resistant, as well as playing a crucial role in process reliability and performance. Walter offers the drills in intermediate sizes and in special dimensions, on request, via its fast-delivery Xpress service.

For turning, the new CBN indexable insert grades for ISO H and ISO K materials are WBK20 for finishing cast iron and WBK30 for high metal-removal rates in hardened steels (and for finishing with a heavily interrupted cut). Both grades are also suitable for roughing and finishing sintered steel. Walter offers the new grades in all of the most popular ISO sizes and radii. 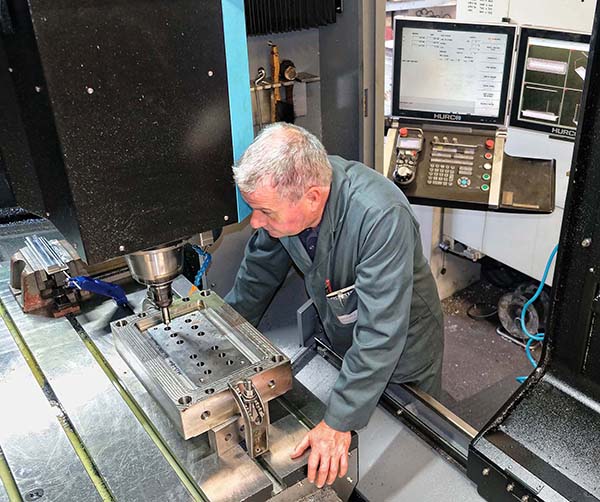 Moorland Toolmaking in Batley, West Yorkshire has been a user of Hurco machining centres since 1985. The company was first attracted by the supplier’s Ultimax twin-screen control fitted to a KMB1x knee-type mill, on which a program could be created conversationally at one screen while a graphic of the part was automatically generated on the other.

Tool-room manager David Gibson recalls: “Its ease of use was perfect for a tool-making environment, where one-offs are the norm. Some 35 years on, we now operate 10 Hurco three-axis CNC machining centres due to their reliability, good performance and competitive price. All of them feature a similar control, although now the software – WinMax – is Windows-based and much updated in functionality.”

He points in particular to the patented Ultimotion feature with up to 10,000 blocks of dynamic variable look-ahead, which automatically determines the optimal trajectory for the cutter around the workpiece. This feature keeps the programmed feed rate consistent and increases speed when machining around corners, reducing cycle times and improving surface finish. According to Hurco, Ultimotion is better than the smoothing features offered by CADCAM software and improves upon CAM output by providing better machine kinematics. 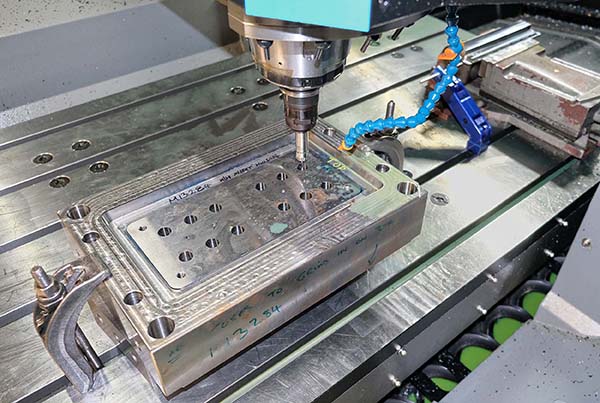 Even today, with mould tools being considerably more complex than in the past, the tool-making and refurbishment specialist’s operators still write 30% of programs at the control, mainly the simpler ones for producing bolsters and plates. The remainder are prepared offline in Autodesk CAM from customers’ CAD models.

Moorland Toolmaking’s largest Hurco machine is a VMX64Ti with a 1625 x 864 x 762 mm working volume. In March 2020, the toolmaker invested in a slightly smaller BX50i double-column, bridge-type machining centre with a 1350 x 950 x 600 mm envelope for producing tools weighing up to 2.5 tonnes to even higher accuracy.

The BX50i is also used for producing other large components subcontracted out to the firm, a part of the business that currently accounts for 10% of turnover and involves not only milling but also turning, spark erosion, wire erosion and deep-hole drilling. On the tool-making side, which accounts for the other 90%, around two-thirds of output goes to trade moulders serving the automotive industry, and the rest to sectors such as white goods and garden wares.

Moorland Toolmaking’s new, 13-tonne machine represents a step up in accuracy and performance compared with the other prismatic machining equipment in the 16,000 sq ft Batley factory. The HSK-63A spindle speed is 18,000 rpm, up 50% on the previous maximum on site; scales rather than encoders provide feedback of linear axis positions; and thermal compensation measures have been incorporated throughout the machine. 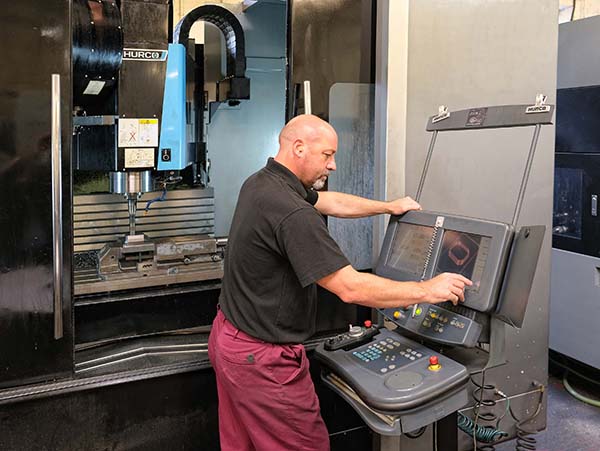 Gibson says: “We saw the BX50i on the Hurco stand at the last MACH show and were impressed at its robust construction. Since the machine was installed, we’ve been holding dimensional tolerances of better than ± 25 µm and we expect that level of precision to be long-term.

“We also find that moulds coming off the machine have a better surface finish which typically needs 30% less polishing,” he adds. “It’s a big saving, especially on large tools that can take up to a month to machine and then a further week to hand finish.”

Gibson says that the higher spindle speed is a further advantage, as smaller diameter cutters can be used so fewer features need to be sparked out, saving the time and cost involved in transferring tools to a die-sink EDM machine and of making copper and graphite electrodes on the other Hurcos. In any case, milled features like deep ribs are quicker and easier to polish than if they are sparked, as the latter operation leaves a hard recast layer.

Despite being a satisfied, long-time Hurco machine user, Moorland Toolmaking considered two bridge-type machining centres offered by other potential sources. What really swung the decision in favour of the incumbent supplier was the generous 950 mm Y-axis travel on the BX50i, 150 mm more than was available on other machines of equivalent footprint (approximately 4.5 sq m).

Consequently, the table will accommodate a 1-m wide workpiece, extending the size of component that can be produced in one hit rather than having to reposition it on the table. The table also extends the size of part that can be tackled in two hits. 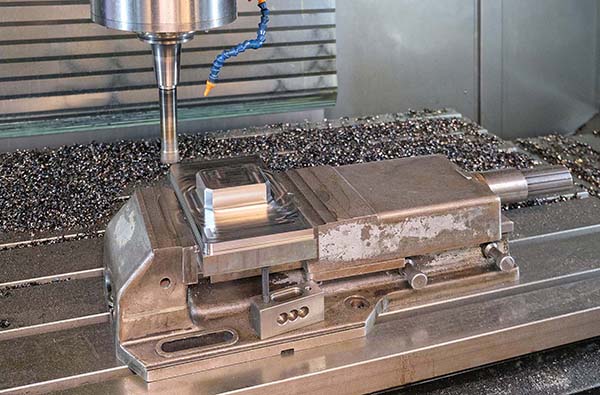 “The BX50i was delivered the day the country was locked down due to COVID-19,” says Gibson. “Hurco engineers did a great job installing the machine in difficult circumstances, with some of their staff on furlough. Since then the machine has run faultlessly during the day and we have full confidence in taking advantage of extensive lights-out running for finishing our moulds through the night, which we do frequently.” 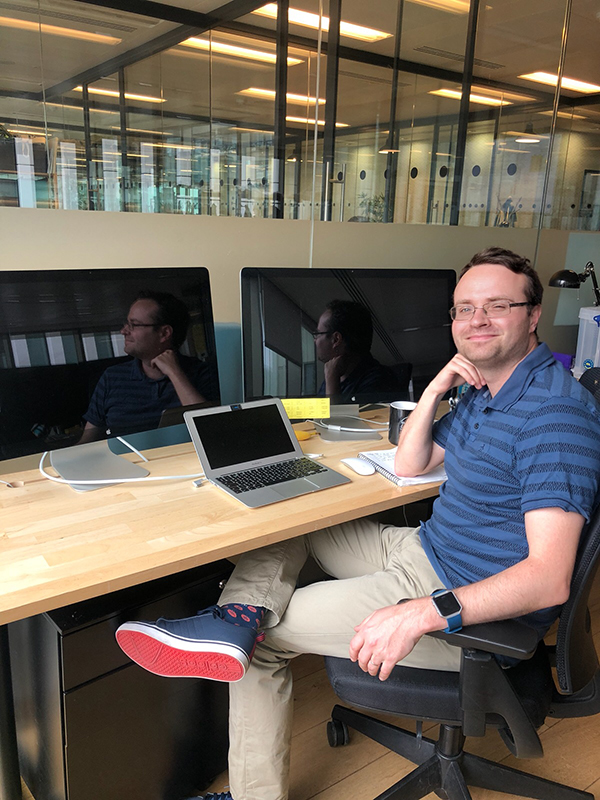 Zoro, a one-stop-shop for more than 250,000 industrial consumables, tools and business supplies, has re-launched Zoro Business Accounts, with features making it easy for companies to stock up on tools, site safety and PPE equipment, even with employees working from home. Zoro’s Business Accounts offers multi-user access, a feature developed for home working. All purchases made by users listed on the business account will contribute towards the company’s tiered pricing discounts scheme. Other features include order subscription, which has been introduced to reduce administration.