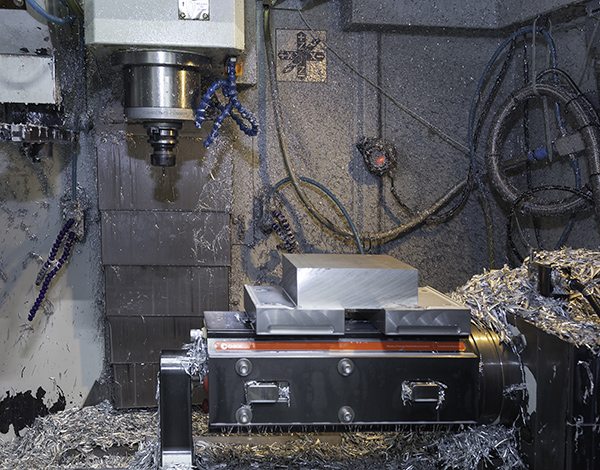 Tranquil PC – a specialist in rugged, fan-less computers – was started on the kitchen table of its founder David Thompson, with the company outsourcing and offshoring all of its chassis machining to suppliers in China. However, as the business grew, the logistics of shipping from China, and the associated risks of products being copied, saw the decision taken to bring the majority of machining back to the UK and, more specifically, in-house. The company chose XYZ Machine Tools as its supplier for vertical machining centre capacity. 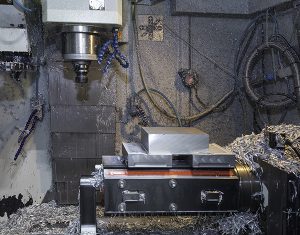 “Our first move was to purchase an XYZ Mini Mill 560, initially for R&D work,” says director Phillip Thompson. “That machine was soon working to capacity seven days a week, not only on R&D, but also production. To ease the workload, we added two XYZ 710 vertical machining centres to create our first machining cell.”
Thompson admits, at the time, no one at the company was a “seasoned machinist or programmer”, but the machines provided a good introduction thanks to the intuitive nature of the Siemens control systems and the level of support from XYZ Machine Tools.
This support was integral to the next phase of investment, which saw an additional XYZ 710 VMC and another Mini Mill 560 installed to meet demand. With these machines in place and running five days a week, eight hours a day, Tranquil PC wanted to complete its second cell, choosing an XYZ 750 LR (linear rail) machining centre equipped with advanced Renishaw probing technology.
“In-house machining has definitely been a driver of our growth, and now that Tranquil PC is part of the French IT group 2CRSI, we have significant plans for further investment,” says Thompson.
For further information www.xyzmachinetools.com

The switch from sign making to producing face masks at Swansea-based Valley Group arrived when Richard Dawson, a director of the company received a telephone call from a lifelong friend and well-respected doctor and clinical lead at the Hywel Dda University Health Board, who said its existing supplier of face masks had exhausted its capacity, leaving 10,000+ staff in desperate need of protection.

One critical factor for Valley Group was the cutting of 0.5 mm thick PETG face visors, which had to be free from burrs and sharp edges. However, the company has been a customer of ITC for more than a decade, so when it came to cutting thin plastic sheets on its Biesse Klever routing machine, ITC recommended the Clearcut 180 series of solid-carbide, single-flute, down-cut routing tools. Valley Group’s router runs at 24,000 rpm with a feed rate of 10 m/min. With demand rising, the company is aiming to start a second shift so it can increase production from 700 to 1400 masks per day.
For further information www.itc-ltd.co.uk 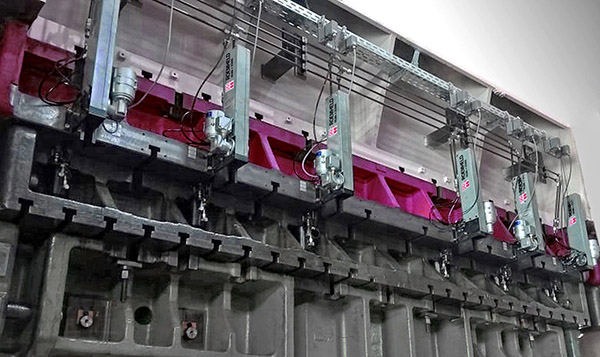 Used for automatically clamping dies on a press ram, Roemheld can now offer a system that uses integrated sensors to measure real-time data on holding forces and transmit the information to the machine control. The newly developed Flexline rapid clamping system is therefore suitable for predictive maintenance and use in Industry 4.0 applications. 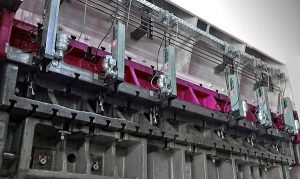 With Flexline, the operator has access to information concerning the actual clamping force on the die and is immediately able to detect overloads, the occurrence of unusual forces during operation, and die wear and breakage. Flexline facilitates error analysis and enables rapid problem-solving when servicing is required.
Thanks to the availability of various configuration options, Flexline can be used on almost all press models and for every die. The system is suitable for either factory installation or retrofitting.
Flexline was showcased at the Blechexpo exhibition at the end of last year. At the show, Roemheld also provided an overview of its ergonomic products for the efficient, fast and safe transportation and change of heavy dies. On display were four transport carts with different load-carrying capacities up to 1600 kg; hanging and swivelling carrying consoles that facilitate the insertion of a die into a press; and economical, freely configurable ball and roller bars to allow dies to glide easily over tables and other surfaces for effortless positioning.
In addition, various Roemheld components, such as magnetic clamping plates, locking cylinders, carrying consoles and roller bars, were demonstrated on a Top Line 2000 press from automatic stamping and metal-forming press manufacturer, Andritz Kaiser.
For further information www.roemheld.co.uk 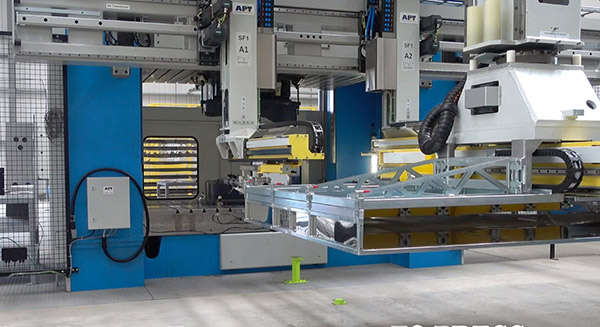 A UK manufacturer of pressings and assemblies has signalled its intentions to be a world leader in lightweight components by investing in a new process. 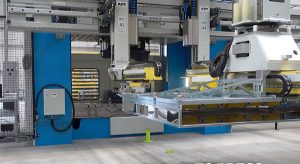 SDE Technology, which prior to a recent rebrand was known as Salop Design and Engineering, is the first company in Europe to hold a production licence for Hot Form Quench (HFQ), a hot-forming process that produces high-strength aluminium parts for use in the automotive, aerospace and renewable energy sectors.
This new technology gives designers the freedom to create parts that offer significant weight savings, yet still deliver higher structural strength, with improved formability in 6000 and 7000 series alloys, which cannot be formed cold. In some instances, the process can also reduce multiple part counts to just one.
The initial investment of £1m in 2019 enables the laser profiling of HFQ blanks, with a multi-million pound investment scheduled to be in place at the company’s Shrewsbury facility over the next 18 months.
“This is a real game changer for our business and industry as a whole,” says Richard Homden, CEO of SDE Technology. “Thanks to HFQ we can now offer new and existing customers a lightweight solution for
making complex parts in one pressing, reducing weight, time to manufacture and cost in the process.
“HFQ was developed by Impression Technologies (ITL), who industrialised research by Birmingham University and Imperial College London,” he adds. “You simply cannot form this high-strength aluminium in any other way, unless you use a super plastic forming [SPF] process. Even then, SPF makes one part every
15 to 20 minutes, whereas the cycle time for our technology is one part every 15 to 20 seconds. That is a design and manufacturing dream.”
For further information https://www.sde.technology/ 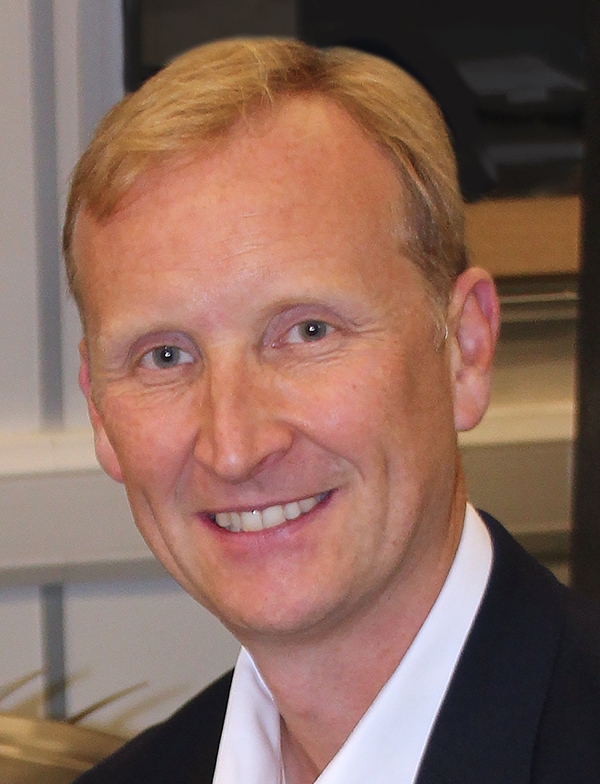 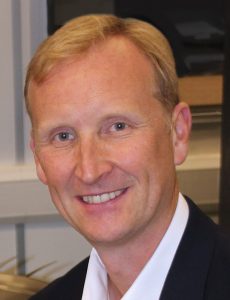 In the role, Simpson will support and advise the existing management team as it continues to drive strong growth in the integration of robots for machining applications. Jason Barker, founder and CTO at CNC Robotics, says: “Bart brings with him a wealth of commercial and marketing experience, as well as an extensive range of contacts in the manufacturing sector.”
For further information www.cncrobotics.co.uk