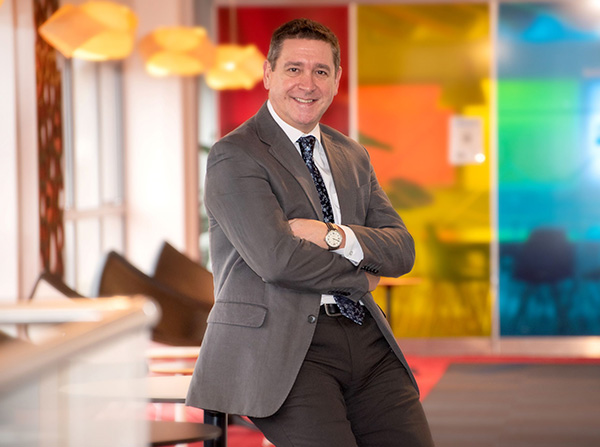 Alan Arthur has been appointed at the GTMA’s chief technical officer (CTO). Arthur is a highly qualified and experienced engineering manager, with over 35 years’ experience in supply-chain management and project planning. 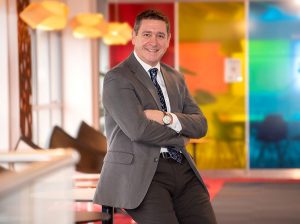 His commercial and international experience embraces a large range of technical disciplines and best practice across manufacturing and engineering. He completed
his post-graduate degree in the study of additive manufacture, an area of interest to the GTMA.
For further information www.gtma.co.uk 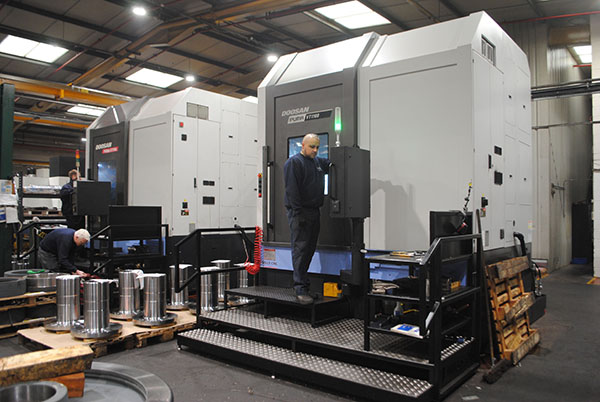 Mills CNC, the exclusive distributor of Doosan machine tools in the UK and Ireland, has supplied a large-capacity vertical turning lathe to Unilathe Ltd, a precision subcontract specialist based in Stoke-on-Trent. The machine, a Fanuc controlled Doosan VT1100, has been positioned adjacent to another Doosan VT1100 machine to create a flexible, high-productivity vertical turning cell. 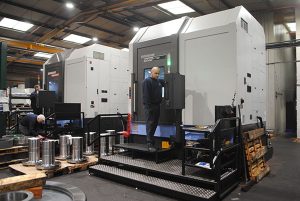 Components are typically machined in small batches, and are made from hard and difficult-to-machine materials that include titanium, Inconel and Jethete (a corrosion-resistant, hardened and tempered steel). A primary objective behind the new VT1100 investment was Unilathe’s desire, and determination, to secure new aerospace business.
Explains Andrew Sims, Unilathe’s managing director: “Our efforts have been [and are] focused on repositioning Unilathe in the sector. We want to move away from being perceived as a company that only offers first and second-stage machining of castings and forgings, to one that can machine and deliver high integrity components from start to finish to aerospace customers – similar to what we provide for customers in other sectors and industries.”
A strategic audit undertaken by the company examined its internal machining capabilities and revealed that its future aerospace ambitions would be well served by strengthening its vertical turning capacity and, in particular, by acquiring an additional vertical lathe adept at undertaking roughing, semi-finishing and finishing operations on aerospace components like rings, seals and rotor shafts.
Says Sims: “We are an advocate of Doosan machine tools; they perform well, are reliable and represent good value. The fact that they are backed by Mills CNC’s applications and aftersales service and support, makes them even more of an attractive proposition.”
For further information www.millscnc.co.uk

On 3-5 March 2020, Paris Nord Villepinte exhibition centre in France will become the focal point for the global composites industry with over 1300 exhibitors demonstrating the latest engineering and technological innovations at JEC World.

At this year’s international composites trade show, CGTech, developer of Vericut independent CNC simulation and optimisation software, will be hosting its Composite Manufacturing Symposium. The symposium sessions will take place in Room 513 on the first day of the show at 10:30-12:00, with a free buffet lunch until 13:00. It will then be repeated in the afternoon from 13:00 to 14:30.
For further information www.cgtech.co.uk 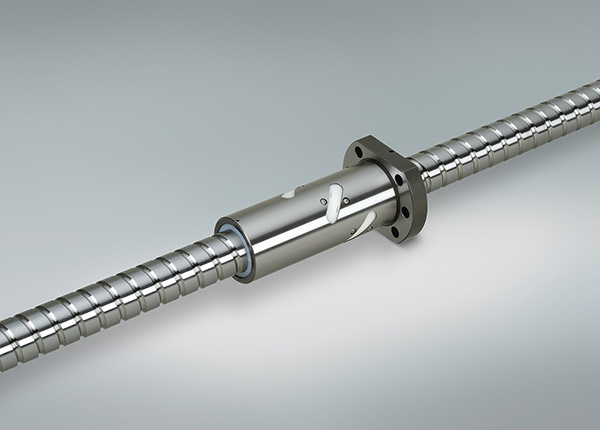 The ‘Encouragement Prize’ at the Advanced Monozukuri Parts Awards 2019 was awarded to NSK for its DIN-standard ball-screw. 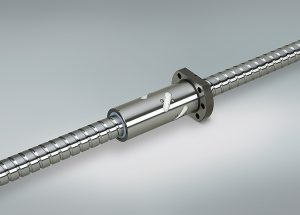 The award committee recognised the ball screw’s speed and quietness, as well as its potential to enhance accuracy and efficiency in machine-tool applications. NSK’s DIN-standard ball-screw has the capability to provide feed rates up to 100 m/min, the highest for a deflector-type ball screw, says the company. This speed leads to faster machine tools and, subsequently, reduced cycle times in machining operations, saving money for end users. Another factor favoured by the judges was decreased noise levels, at just 4 dB(A).
For further information www.nskeurope.com 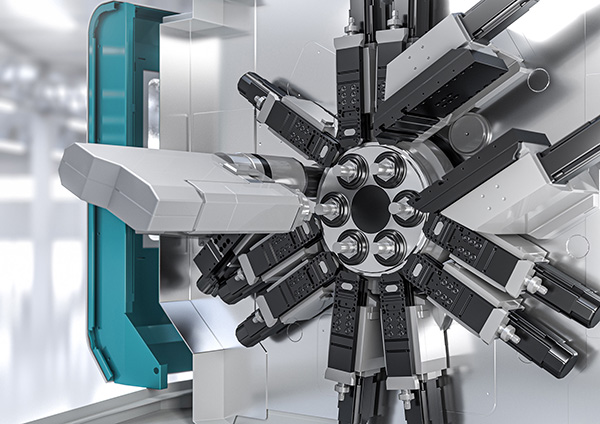 Index has released a newly developed version of the MS32 six-spindle automatic, with UK availability via sole sales and service agent, Kingsbury. Designed for the series production of precision turned parts from bar up to 32 mm diameter, the machine is quick to set, lowering the economical batch size, and has flexibility in the way it can be configured, extending its range of application. 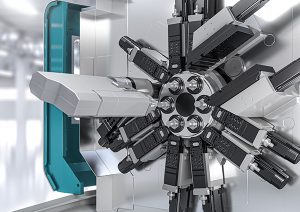 Notably, the main spindles have a higher maximum speed, up from 7000 to 8000 rpm, and over 50% more power at 19 kW. The multi-spindle machine can be equipped with six pairs of V-shaped cross slides and X, Y, Z axes at each spindle position, with the option of a simpler single-axis NC grooving or drilling/boring slide to serve any of the six spindles. The ability to select speeds and feeds independently at each spindle results in optimal chipping, maximum surface quality, extended tool life and short production times, even when processing exotic materials, says the company.
All cross slides now have a W serration that matches a similar feature ground into the tool holder, whether for a live or static cutter, facilitating its alignment to micron accuracy and speeding set-up. The operator can pre-set the holder externally, then place it on the slide and fix it in position using a quick clamping device from Index. Only a quick turn with the wrench renders the holder ready to use.
Another improvement relates to simultaneous rear end-working capability, as either one or two swivelling, C-axis synchro-spindles now position themselves in two NC axes on a pair of slide-ways, rather than one, and may be equipped with up to six tools, half of which may be driven.
For further information www.kingsburyuk.com