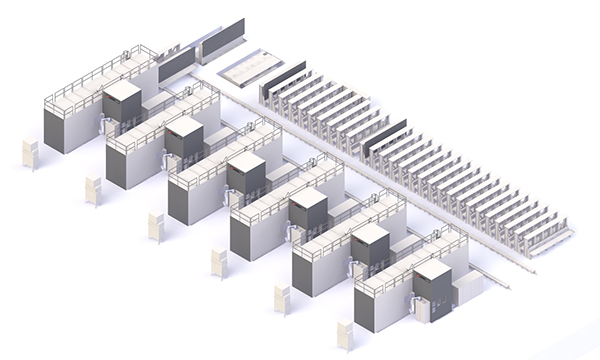 To avoid the possibility of engineers glazing over at the mention of Industry 4.0, “there is no better way to describe the potential rewards of the concept than by illustrating that better profitability and improved growth can only be achieved with customised digital manufacturing solutions”, says Starrag CEO Dr Christian Walti. 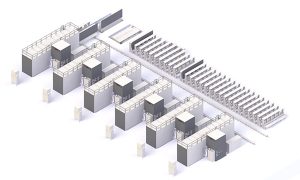 “And with Starrag’s Integrated Production System [IPS], users have available a modular solution that can be aligned with specific requirements, allowing individuals to effectively select their own à la carte solutions to realise the benefits of Industry 4.0 through automating and digitising their production.”
At the heart of IPS is a cell controller, proprietary to Starrag, which monitors machines and can guide and control the entire production process – in conjunction with a higher-level ERP system where applicable. The cell controller also ensures digital transparency by visualising system status, for example.
Developed in-house by Starrag, the cell controller is an open system that can link different system components, making it a very practical and cost-effective tool for customer-orientated Industry 4.0 solutions.
“IPS enables users to control and monitor their Starrag machines – standalone units through to flexible manufacturing systems and complete production lines – to ensure reliable production,” says Walti. “In addition, the technology enables us to support them in the complex task of using data in a networked production world to obtain added value.”
He adds: “Starrag has been using IPS components to develop wide-ranging Industry 4.0 solutions for a number of customers, including one company that invested in a flexible manufacturing system of six Ecospeed F2060 machining centres served by a rail-guided pallet shuttle system.”
For further information www.starrag.com 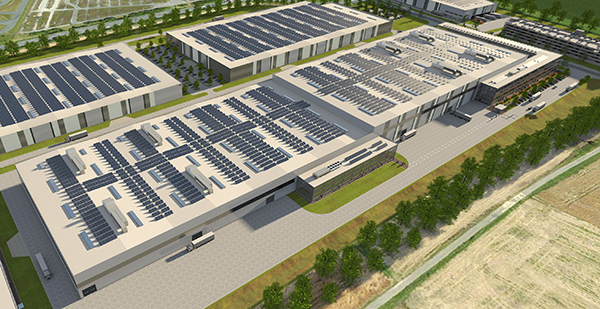 KraussMaffei Berstorff is planning for the future and will build a new plant for extrusion technology. 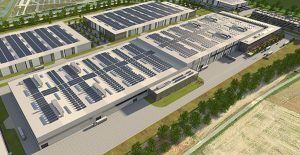 At the beginning of June 2019, the company signed a rental contract with VGP, a project developer for commercial real estate, thus firing the starting shot for the approximately 55,000 sq m production hall and office complex. Work for the plant in the Laatzen/Rethen Ost business park should be completed by the end of 2022. The new location will have a technical centre, production and office facilities, and provide space for up to 750 employees.
For further information www.kraussmaffeiberstorff.com

Arrowsmith Engineering of Coventry is capitalising on 20% growth over the past 12 months by investing over £200,000 in a Doosan four-axis machining centre and robotic cell. It is hope the move will boost production speed and increase capacity by 50%.


The company is using lights-out manufacturing to run a precision aero-engine part 24 hours a day, seven days a week, supplying more than 200 components every month to customers based in Spain and the US. Integrating robots into the process has removed the need for a second machining centre.
Managing director Jason Aldridge says: “I’m a big fan of automation and don’t’ sign up to the notion that it’s taking jobs; if anything it will make us more competitive so we can take on additional people. The Doosan CNC machining centre and collaborative robot system is our first investment in robotics, and has been configured to suit our specific requirements for 24-hour manufacturing on a complex component for the aerospace sector. It has removed the need for an operator to load and unload the parts, and this person has gone on to a different production process that is more skilled. This is just the start of what we are sure will be a continuous investment drive in robots.
“It’s made us 15% quicker and given us a 50% capacity boost; that’s some payback already,” he continues. “Automation shouldn’t be seen as something that only the big boys do; SMEs can access it cost-effectively and we need to ‘grasp the nettle’ in order to bring the UK’s productivity in line with our international competitors.”
For further information https://engtechgroup.com/ 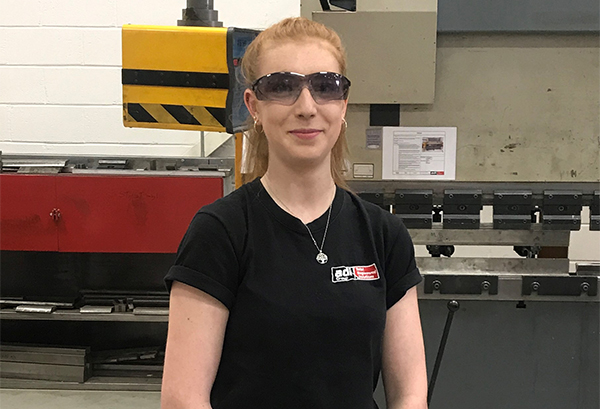 A young female engineering apprentice is celebrating after being named as one of the top 50 women engineers in the UK. 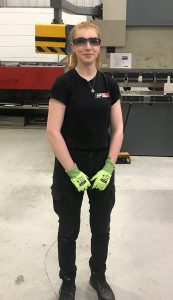 Abbie Beaver, 17, became the first female trade apprentice taken on by West Midlands multi-disciplinary engineering firm, the ADI Group, when she joined last September. The teenager had already completed ADI’s two-year pre-apprentice scheme aimed at inspiring local GCSE students to consider a career in engineering. Now she has been recognised by the Women’s Engineering Society (WES) after exceeding expectations in her current role.
For further information www.adiltd.co.uk 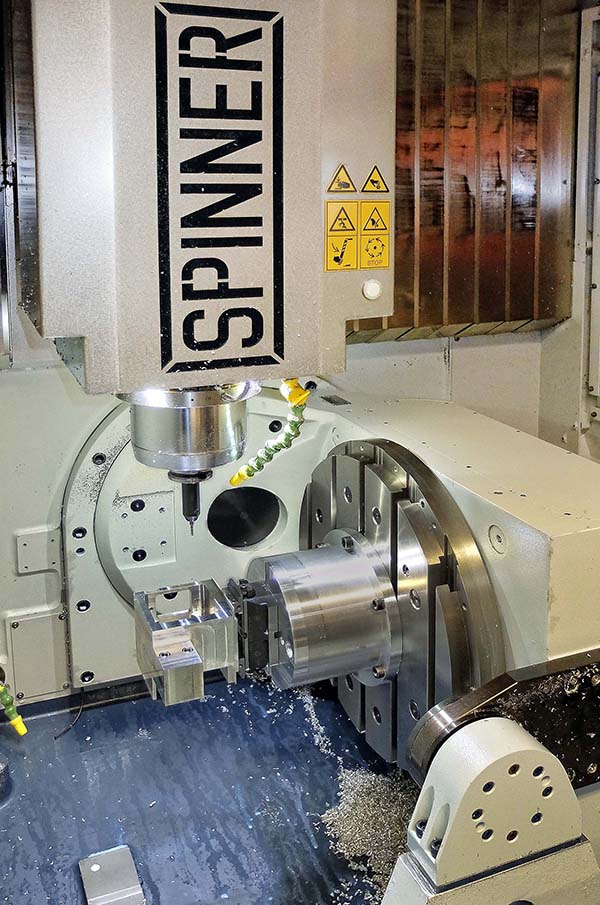 Traditionally a three-axis vertical machining centre user, Singer Instruments in Watchet installed its first five-axis CNC machine at the start of 2019 to streamline the manufacture of aluminium components. 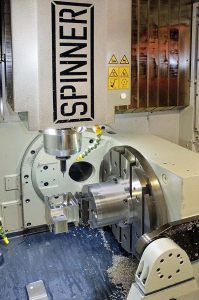 The German-built Spinner U5-630, a 40-taper machine, was supplied through sole UK agent Whitehouse Machine Tools, and is equipped with high-pressure coolant through the spindle and a separate clean tank, as well as Blum spindle-mounted workpiece probing and a tool-setting probe.
Cycle-time savings have been dramatic and there has been a considerable reduction in the number of set-ups needed across a raft of different parts. This positive outcome is a result of using the two additional rotary CNC axes provided by the swivelling trunnion and rotary table to reposition components automatically. In one case, a table for Singer Instruments’ Rotor automated screening instrument used in the biological sciences sector, is produced in three set-ups, whereas previously it required nine separate prismatic machining operations on a three-axis VMC. More typically, components formerly needing six operations are now produced in two.
Investment in five-axis capacity was instigated by Steve Maconnachie, CNC machinist at Singer Instruments. Maconnachie previously ran his own subcontract machining business with his brother in the Midlands and had used five-axis technology for many years. He was familiar with all the leading makes of machine, many of which were reviewed before deciding on the Spinner purchase.
“Some of our components are tightly toleranced to ±5 µm, so we maintain the temperature of our production area to within a couple of degrees,” he says. “It’s true that many of the five-axis machines we considered could hold this tolerance, as does the Spinner, whose price was also competitive. It was little more than half the cost of one of the other production centres shortlisted.”
For further information www.wmtcnc.com