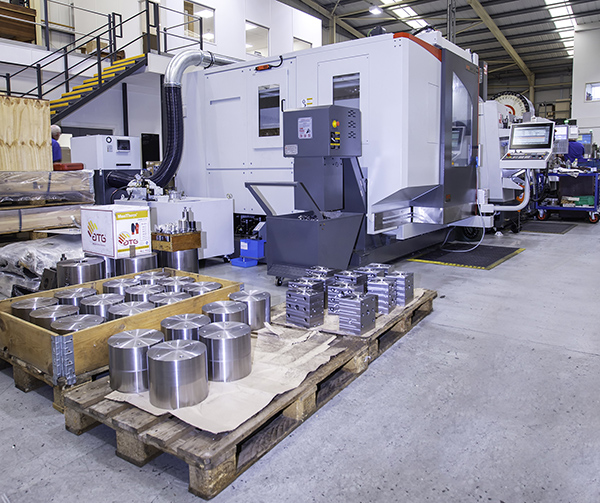 Since its formation in 1979, Newcastle Tool & Gauge (NTG) has adapted to change. Originally a tool room manufacturing press tools for local industry, NTG has evolved into a precision engineering machine shop.

Along the way, the company has gained a reputation as a preferred supplier to customers across a range of sectors, including oil and gas, power generation, subsea, and thermoforming. As its customer profile continues to change, so does its requirements for machine tools, and during 2018 NTG identified a need for simultaneous five-axis machining.
“A group of us visited MACH 2018 with the brief to look at every five-axis option,” says Mark Withycombe, operations manager. “We all came back from that trip of the same opinion – that the XYZ UMC-5X was the right option for us.”
Among the key features that drew the team to this conclusion were the use of a trunnion table that provided the weight-carrying capacity needed as well as ease of access for loading. Overall
build quality also impressed, especially when matched to the competitive price.
With the UMC-5X now installed, the initial expectations of the team at NTG are being fully met, with the build quality and accuracy of the machine helping to reduce cycle times. One particular job that would normally have taken six operations to complete, is now down to two, while the cycle time has been halved.
“The move to five-axis simultaneous machining with the XYZ UMC-5X is a first for us and it has definitely opened up new opportunities, with the capability of the machine allowing us to machine parts that we couldn’t have considered before,” says
Bryan Larvin, works manager.
For further information www.xyzmachinetools.com 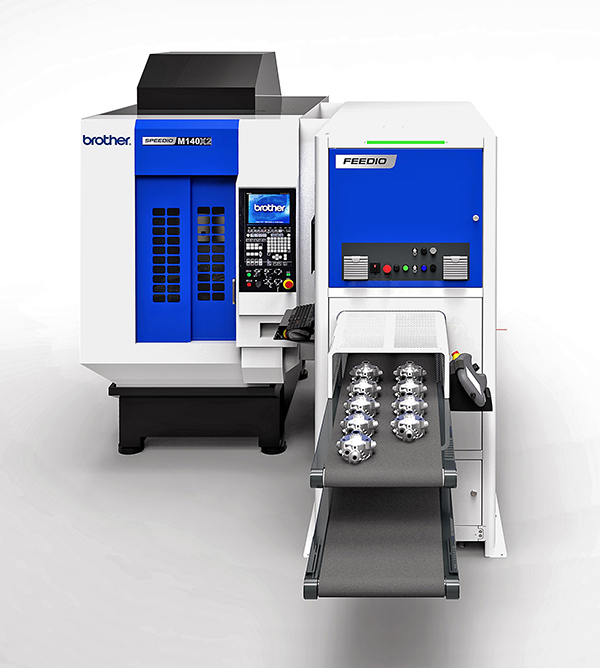 Andover-based aluminium die-casting company MRT Castings uses robotic systems in its foundry, but until now automation has not featured in the company’s machine shop, apart from a twin-pallet changer on machining centres from the Japanese manufacturer Brother, supplied through sole agent Whitehouse Machine Tools. 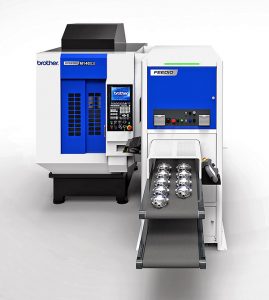 This situation is due to change following an order placed by MRT’s managing director Phil Rawnson at the Southern Manufacturing show in February for a Brother Speedio M140X2 mill-turn centre with Feedio robotic component handling system. The Feedio unit supplies raw material automatically to the machine and returns finished components. MRT’s new cell, which will be the first five-axis machining capacity on site, is due to be operational this month.
Rawnson says: “We had been looking to introduce automation into our machine shop for several years, as we see it as the future for our company. At present we operate a day shift with a few hours’ overtime in the early morning and evening. The Brother cell will add to this by allowing us to run lights-out for up to eight hours, depending
on component size and cycle times, as well as unattended during the day. We expect it to have a big impact on our productivity.”
The plug-and-play Feedio automation unit communicates with the machining centre via a Profibus interface. Feedio is supplied with a six-axis ABB robot and the manufacturer’s smart teach pendant incorporating a customised Speedio page.
MRT’s first family of components to be produced on the new automated equipment will be a selection of aluminium bodies for a range of LED light fittings.
Rawnson concludes: “We plan to target a wide range of different components for production in the new mill-turn cell.”
For further information www.wmtcnc.com 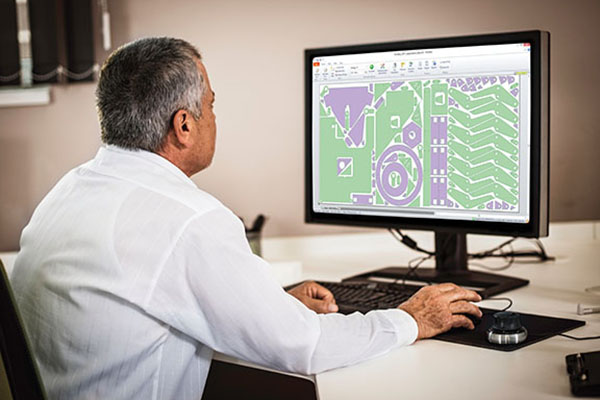 Hypertherm is relocating its CAM software content, migrating information previously found at HyperthermCAM.com to its global website at www.hypertherm.com. 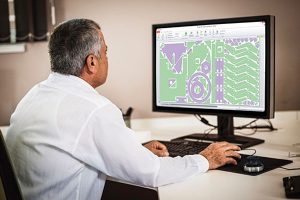 As part of the move, the company’s web team has worked to improve the user experience for customers of Hypertherm CAM software products like ProNest, Design2Fab and Rotary Tube Pro by re-thinking how content is presented. Information on Hypertherm’s CAM software products, customer case studies, trial requests and the product’s knowledge base, which includes training modules, videos, articles, troubleshooting guidance and more, is all now available.
For further information www.hypertherm.com 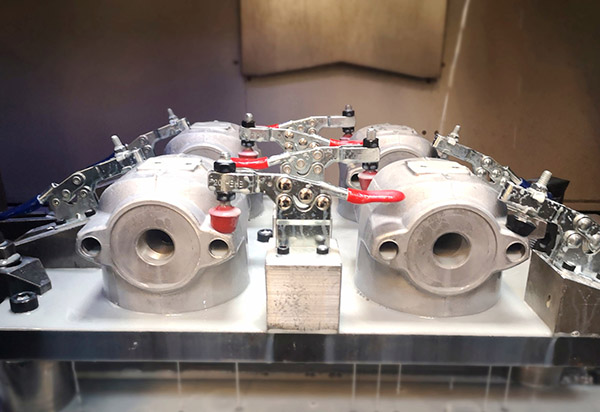 Around £250,000 of investment looks set to deliver a record-breaking year for a Black Country foundry. 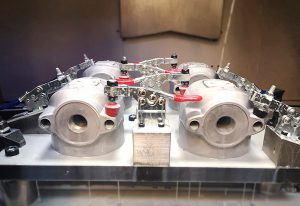 Midland Pressure Diecasting (MPD), which employs 65 people across two sites in Willenhall, has purchased a CNC vertical machining centre and a spark eroder to help with growing demand from clients looking to re-shore due to quality issues from overseas suppliers. The company says that over £1m of orders are in the pipeline, and the recent investment will ensure MPD has the capacity to complete in excess of £5m in sales by January 2020; its best-ever year since formation in 2000.
For further information
http://midlandpressurediecasting.co.uk/ 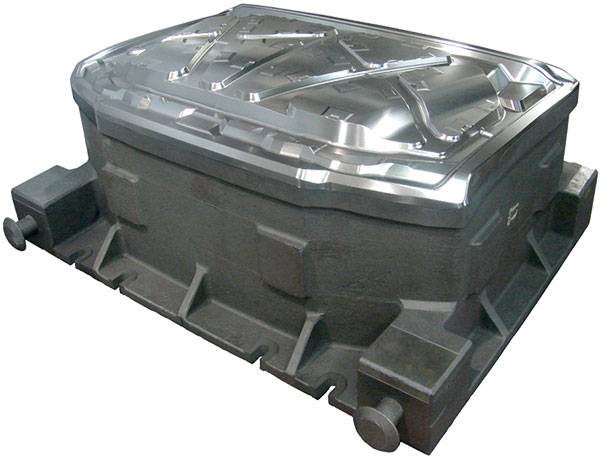 The Okuma MCR-S (Super) double-column machining centre, which is particularly suited to the machining of press dies, is being released in the UK via agent NCMT. Importantly, the machine also unites subtractive and additive manufacturing methods, allowing for process-intensive production. 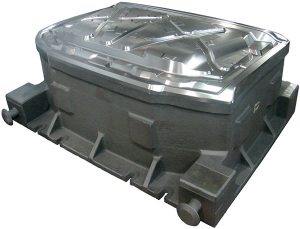 Okuma’s MCR-S possesses a cast-iron double-column structure that is equipped with Okuma’s ‘Thermo-Friendly’ concept. As a result, any unnecessary heating-up can be prevented, while thermal deformations are compensated. When manufacturing press dies, this factor is especially important because the machining process can often take days or even weeks, making it vulnerable to changes in temperature.
Using a swivel image sensor that rotates relative to the indexing angle of the tool means that accurate measurements of cutting-edge position can be provided, improving accuracy even further. This sensor also helps to ensure traceability by recording the captured images.
MCR-S machines possess a heavy-duty cutting capacity, reaching a chip removal rate of 710 cm3/min when face milling. Average continuous feed rates of 20 m/min for the X and Y axes, and 10 m/min for the Z axis, contribute to the machine’s productivity. In addition, the ServoNavi application autonomously maximises table acceleration according to component weight.
For process-intensive manufacturing, the machining centre is equipped with a laser that allows for additive manufacturing via laser metal deposition (LMD). This way, subtractive and additive manufacturing methods are combined in one machine, enabling manufactures to not only produce complex parts, but to repair defective workpieces. The laser can also be used for surface treatments, such as laser hardening.
For further information www.ncmt.co.uk