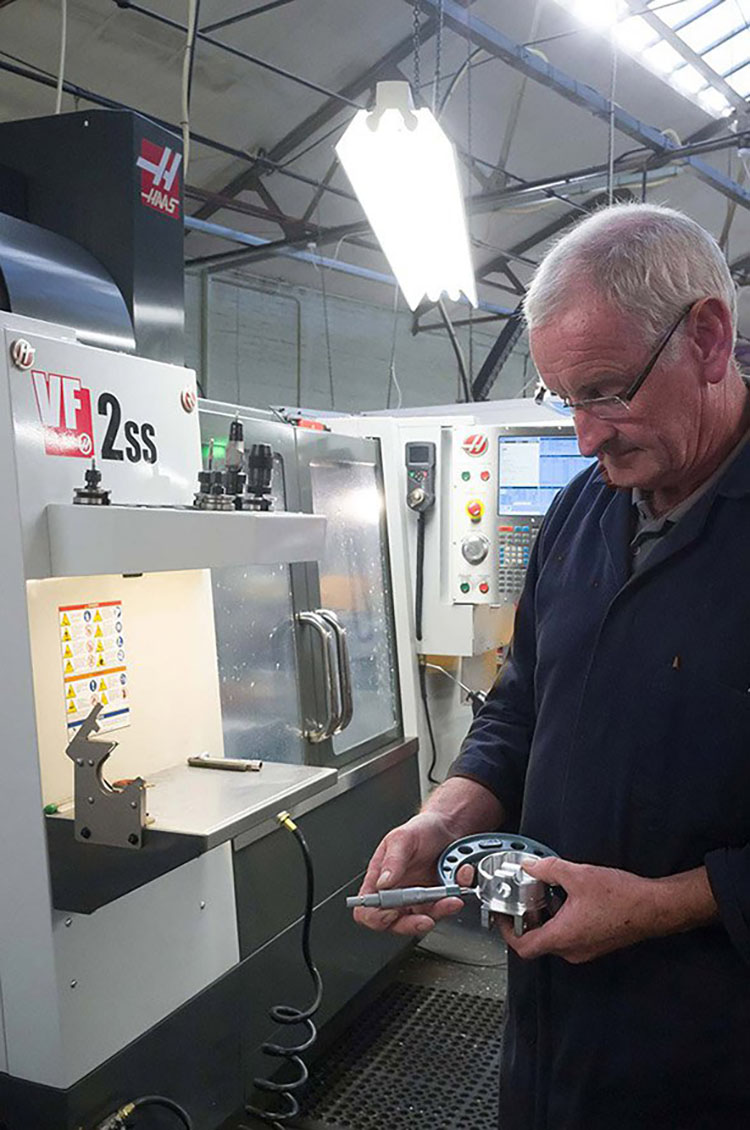 Around 10 years ago, Jan van Jaarsveld bought Clayton Precision Engineering and made the decision to concentrate on the aerospace industry. Today around 90% of the company’s business comes from this sector, including a long-term contract to supply parts and assemblies for the world’s largest manufacturer of ejector seats. 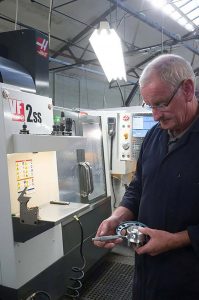 “The business is going from strength-to-strength,” he says. “Three years ago Clayton merged with another specialist engineering company, RA Fores Ltd. This merger dictated a move into a second unit, more than doubling our floor area, which we began filling with new Haas CNC equipment.
“We like the Haas machines; they’re quick, accurate and reliable and the back-up has been outstanding,” he adds. “Over the years, I’ve invested heavily in Haas; currently we have two Mini Mills, a VF-1 and seven VF-2SS Super Speed verticals. The most recent arrival is a five-axis VF-2SS with a trunnion table.”
The new five-axis machine is currently producing L168 aluminium components for ejector seats, reducing the number of operations from eight to just two. Furthermore, cycle times have been cut by 25%.
“It goes without saying that accuracy is vital when you’re dealing with parts that save lives,” says van Jaarsveld. “Our inspection department maintains quality control. All testing equipment is calibrated to national standards and we operate a TQM policy with recorded inspection undertaken at every stage of the job.”
Haas Automation’s VF-2SS has 762 x 406 x 508 mm travels, and comes as standard with a 12,000 rpm spindle and a 24+1 side-mount tool changer for tool changes that take less than 1.6 seconds tool-to-tool.
For further information www.haas.co.uk 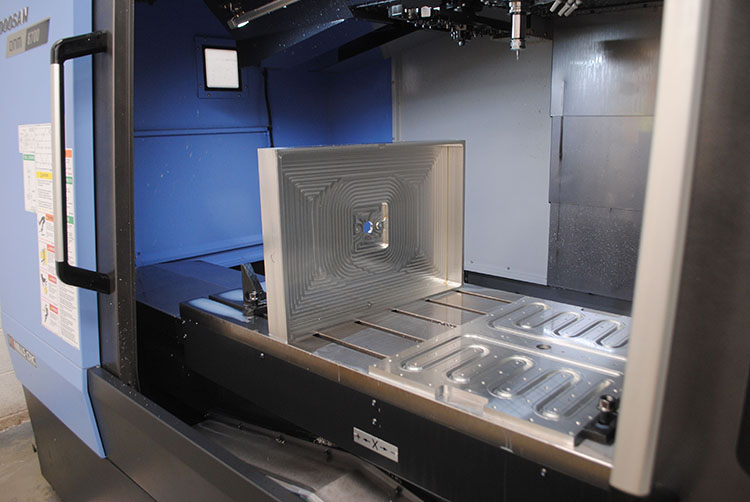 Ashbourne-based Thermoform Ltd, a manufacturer of bespoke vacuum and pressure formed plastic packaging solutions, has invested in a large-capacity Doosan three-axis VMC supplied by Mills CNC. The machine, a DNM 6700, was installed in the company’s toolroom facility in July 2017 and, just a couple of days following its delivery, was being put through its paces machining complex, precision prototype and production-ready aluminium mould tool parts.
These mould tools, when complete, are used by Thermoform to manufacture (at its adjacent 24/7 production facility) bespoke and often high-volume ‘thin-gauge’ plastic trays, clamshells, blisters and hinged containers for customers operating in the confectionary and bakery, meat, fruit and vegetable, pharmaceutical, toiletries, electronics, and DIY sectors. 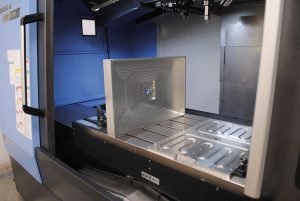 Thermoform manufactures some 70 million plastic parts annually, and demand for its products, fuelled by organic growth and new contract wins, has grown exponentially in recent years. This upsurge in demand was putting pressure on the company’s toolroom: in particular the in-house CNC machining capacity and capabilities.
“The investment in the DNM 6700 enables us to machine large, as well as multiple smaller parts, in one set-up,” says managing director Matthew Perks. “As a consequence, cycle times have improved and bottlenecks have been eased considerably.”
Although still early days, Thermoform’s investment in a new Doosan DNM 6700 vertical machining centre is already paying dividends. A recent example of the power and performance of the DNM 6700 has seen a reduction in cycle time when machining a specific mould tool component from 8 hours to just 48 minutes.
For further information www.millscnc.co.uk 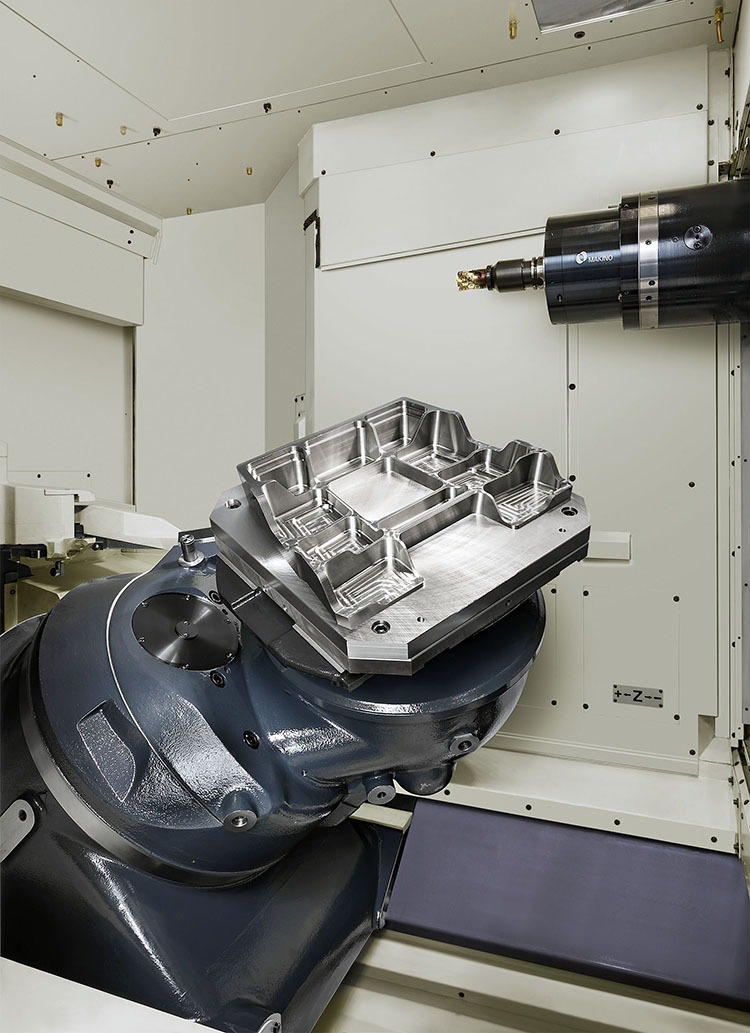 A new addition to the Makino family of five-axis machining centres is announced by UK and Ireland agent, NCMT. With a working volume of 730 x 750 x 700 mm, the a500Z horizontal spindle model features a rigid structure and low inertia, which is said to endow it with production efficiency similar to that of a four-axis machine. 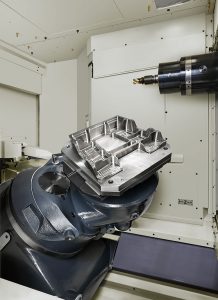 A one-piece base casting, slant-bed design and three-point support offer high stiffness and stability, while the swivelling table has minimal overhang. High positioning accuracy is aided by the short distance between the A-axis pivot point and the workpiece. Also assisting precision is a thermally symmetrical structure that is combined with heat removal from the 303 Nm HSK-A63 Makino spindle and core-cooled ballscrews, while direct-drive motors on the rotary axes are fitted with cooling jackets.
The ability to use inertia-active control during simultaneous five-axis metal cutting allows users to accelerate and decelerate workpieces measuring up to 630 mm diameter by 500 mm high, and weighing up to 400 kg. Additionally, the standard automatic tool changer accommodates up to 60 cutters and achieves a chip-to-chip time of 2.4 seconds.
With regard to chip and coolant control, contrary to conventional five-axis trunnion table set-ups, the a500Z has a wide trough located beneath the table. Coolant flow from a washing system that encompasses the pallet loading area prevents chips accumulating by ensuring they fall directly into the trough.
Automation is available for both pallet and parts handling, including the MMC2 and VIP, which employ six-axis robots. Standard automation systems available on the market can similarly be integrated with the machine.
For further information www.ncmt.co.uk 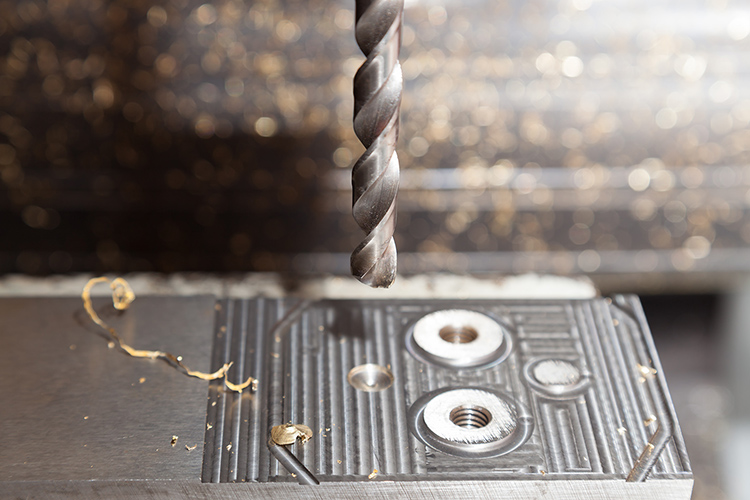 In order to meet demand for quick turnaround on low volume parts, and with the company’s original mill coming to the end of its life and now obsolete, Alstonefield-based Tractor Spare Parts Ltd placed an order for a two-axis XYZ SMX 2000 turret mill, specifying the optional DXF converter. 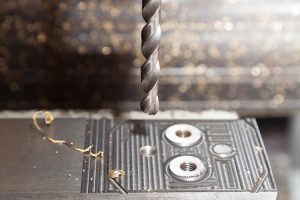 “For many of the parts we make I have to create new CAD files as drawings either never existed or the originals are long gone,” says co-owner Andrew Griffin. “The ability to then export the DXF file straight to the ProtoTrak control is a sizable advantage. The support available from XYZ is also a big plus. When the machine first arrived I struggled to get to grips with the DXF side of things, so XYZ sent an applications engineer to us here in the middle of the Peak District who spent time explaining the system. Everything fell into place and now it is second nature.”
Co-owner Joanna Griffin adds: “The tractor spares side of the business is all mail order via our website, but due to the nature of the parts we are producing and the age of the vehicles they are being fitted to, there may have been modifications along the way. Therefore, we tend to contact customers directly and discuss what they actually want. These conversations ensure that they get exactly the part they need and Andrew can tailor the manufacture of that component easily with the XYZ SMX mill. We are then confident to ship it halfway around the world in the knowledge that it will fit.”
For further information www.xyzmachinetools.com 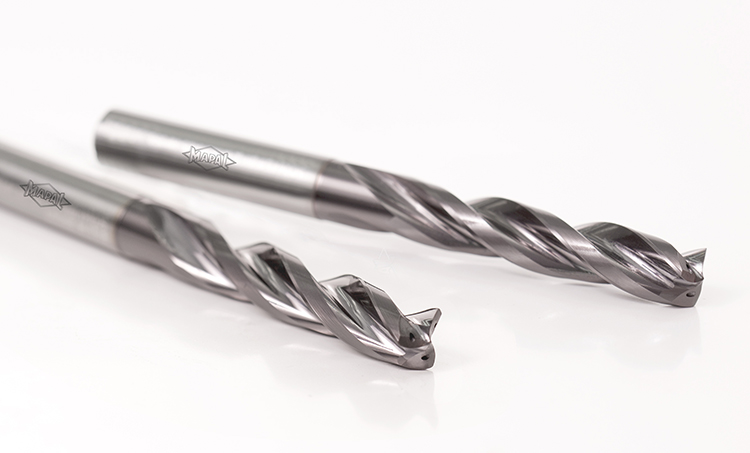 On Stand M1 at Advanced Engineering 2017 (NEC, 1-2 November) Mapal will demonstrate the extension of the company’s hole-making line with its new CPR500/510 replaceable-head reamer. 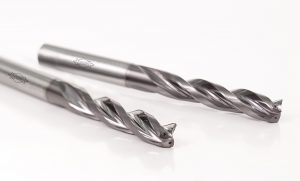 Incorporating optimised cooling and a CVD coating, the reamer (8-40 mm) has been developed for the machining of castings in sectors such aerospace. Complementing this new line will be a complete programme of ISO indexable inserts for boring steel, stainless steel and heat-resistant cast steel. The new series will be available in standard and special designs.
For further information www.mapal.com