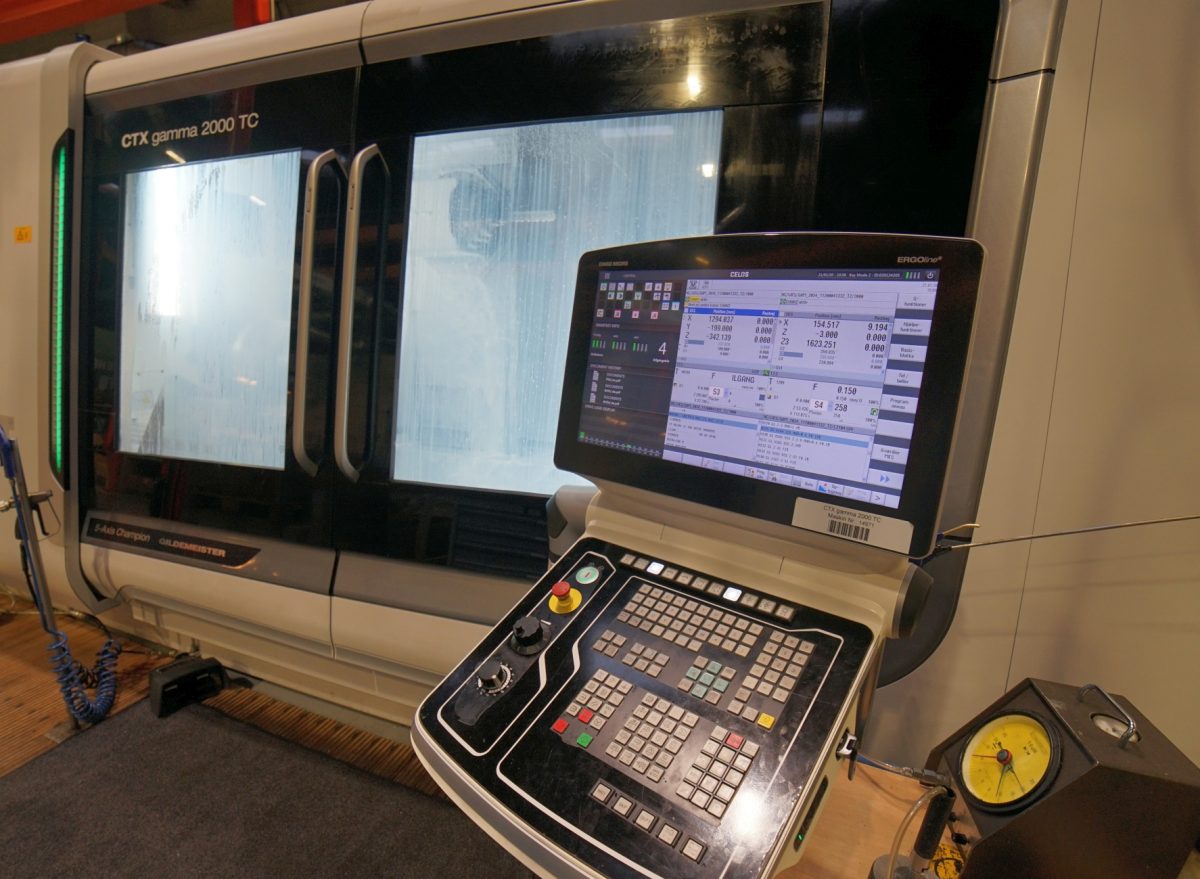 CGTech’s VERICUT simulation and optimisation software is providing a crucial step on the MAN Energy Solutions digital manufacturing journey. At the company’s Danish production facility, the software has reduced product prove-out times and minimised scrap levels, helping MAN Energy Solutions deliver on the promise to its customers of a sustainable future. 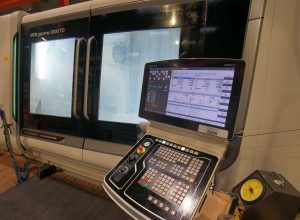 MAN Energy Solutions is a multinational company that produces large-bore diesel engines and turbomachinery for marine and stationary applications, including marine propulsion systems, power plant applications and turbochargers. The company was formed in 2010 from the merger of MAN Diesel and MAN Turbo, and is a subsidiary of the Volkswagen Group.
Employing a total of around 14,000 people at 120 sites across the globe, its T35 manufacturing facility located just a few miles from Copenhagen Airport produces fuel injection systems that require extremely tight tolerances components for new installs and service life replacement, as well as the refurbishment and retrofit of older vessels and static sites.
Until recently, this facility had lacked investment in digital manufacturing, as process owner – digital manufacturing, Mikkel Jon Hass, recalls: “In comparison to other sites we were behind in terms of technology and investment because there was no strategy for this segment. We just followed the same tried and tested path to produce components as a typical batch flow engineering machine shop.”
That all changed when, three years ago, a new management team began to influence the direction of the business and focus on its future with fresh ideas. “New manufacturing equipment started to be installed and my role was created,” says Hass.
His appointment marked the first time the business had anyone tasked with prioritising the changes to bring about digital manufacturing. During the investigative process of the various business requirements, Hass discovered that MAN Energy Solutions had an established preferred IT provider strategy which determined suitable software platforms.
He says: “Luckily, Vericut was also on the list, which made it a lot easier. So, the digital footprint was set without any further discussion. Vericut was the simulation system chosen globally by our German headquarter facilities in Augsburg, where they have been using the software for many years.”
The tolerances on certain company parts produced from tool steel (with very specific attributes) are very tight. To achieve these levels, the company operates high-specification machine tools, from multi-axis machining and turning centres, to superfinishing systems and jig grinders. 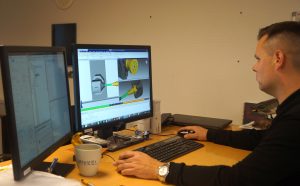 The machine shop runs on a continental five-shift system, but the CAM programmers are available for the day shift, which is when prove-out occurs. If the prove-out is not completed within one shift then the following two shifts cannot progress or make parts. This was one of the key reasons for investing in Vericut, and the software has helped significantly.
Providing some background, Hass, states: “Our machines and processes are very complicated, and that leads to many issues. Honed parts are often held to 3 µm on a parallel bore with a surface finish of 0.2 Ra that is at the absolute limits of what the machines can achieve.
“Before using Vericut it would be difficult to quantify the time required to prove-out any new components,” he adds. “We knew we had to get the new parts running, but nobody knew how long it would take, there was no transparency. They would allow months to get from the design phase to proven and ready for production.”
Now, prove-out has been reduced from typically taking around five days, a whole week effectively, to just a few hours.
“We recently had a prototype design go through that had six redesigns before being proven in Vericut, machined and measured in the quality department in just 24 hours,” says Hass. “With Vericut we aim for the prove-out to be a factor of the cycle time, so for a 1-hour cycle time we want to prove out in 2.5 hours; we are currently at 3 to 4 hours. This is the goal for us going forward, so everyone has to be open to new ideas and new methods.”
Multi-axis machine tools such as the two new DMG-Mori CTX Gamma 2000 machines represent the future strategy of the business. Where possible, the company will opt for two-turret, twin-spindle machines with a B axis, and a further three machines are already on order to replace older turning centres.
“For the first few years the new machines were operated just for turning,” recalls Hass. “No one could handle the programming complexities of the milling and drilling capabilities as they are very difficult to program safely. There are many opportunities for collisions between the tools, fixturing, machine structure and the workpiece.”
Today, Vericut is used to verify the post-processed CAM program to ensure it will run safely without crashing, and the staff to run these machines have been specially selected, not by skilled capability but by attitude and willingness to adopt new concepts. 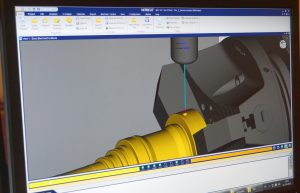 Prior to using Vericut, machine-tool crashes were seen as part of the operational risk, and were not usually identified during the prove-out as all the parameters were backed off and the process was being monitored very closely. However, when the parts went to production, errors that did not arise during the early stages were often highlighted. Part of the justification and ROI for investing in Vericut software came from the expected saving of one spindle per year.
“We have had several virtual crashes in Vericut, but nothing on the physical machines,” confirms Hass. “However, the real savings come from the prove-out time achieved.”
Another key part of Vericut software that is supporting MAN ES is the ‘Auto-Diff’ module, which enables programmers to compare a CAD design model with a Vericut simulation to automatically detect differences. Using this module in the production process can identify incorrectly machined areas.
Says Hass: “The process is to turn the blank to size and then mill the prismatic features and so on with following sequential operations. Some of this will be removed by the increased mill-turn capacity where we probe the component on the machine, but for some families of parts it is still the most effective route. Previously, if the parts required say four turning operations and two milling operations, and an error was made at any stage, then it would not be detected until the part had been finished, which wasted time and effort, effectively making scrap.
“Now we’re updating our manufacturing documents in NX and using Auto-Diff in Vericut to check the part stock for each stage of the manufacturing process,” he continues. “It is a great tool to provide confidence in the process and eliminate the risk of bad parts being unnecessarily progressed. If you make scrap you have to make the part again, so it is better to catch the error as early as possible to save your resources. Many of our parts are similar with just small detail changes and these can easily go unnoticed, which is why Auto-Diff is important.”
Thanks to CGTech’s Danish reseller, a total of 10 advanced machine tools on the shop floor at MAN-ES are accurately modelled in Vericut.
Accurate machining cycle times simulated by Vericut are providing better control for various cost centres within the business, and are fed into the company’s SAP ERP system.
For further information www.cgtech.co.uk