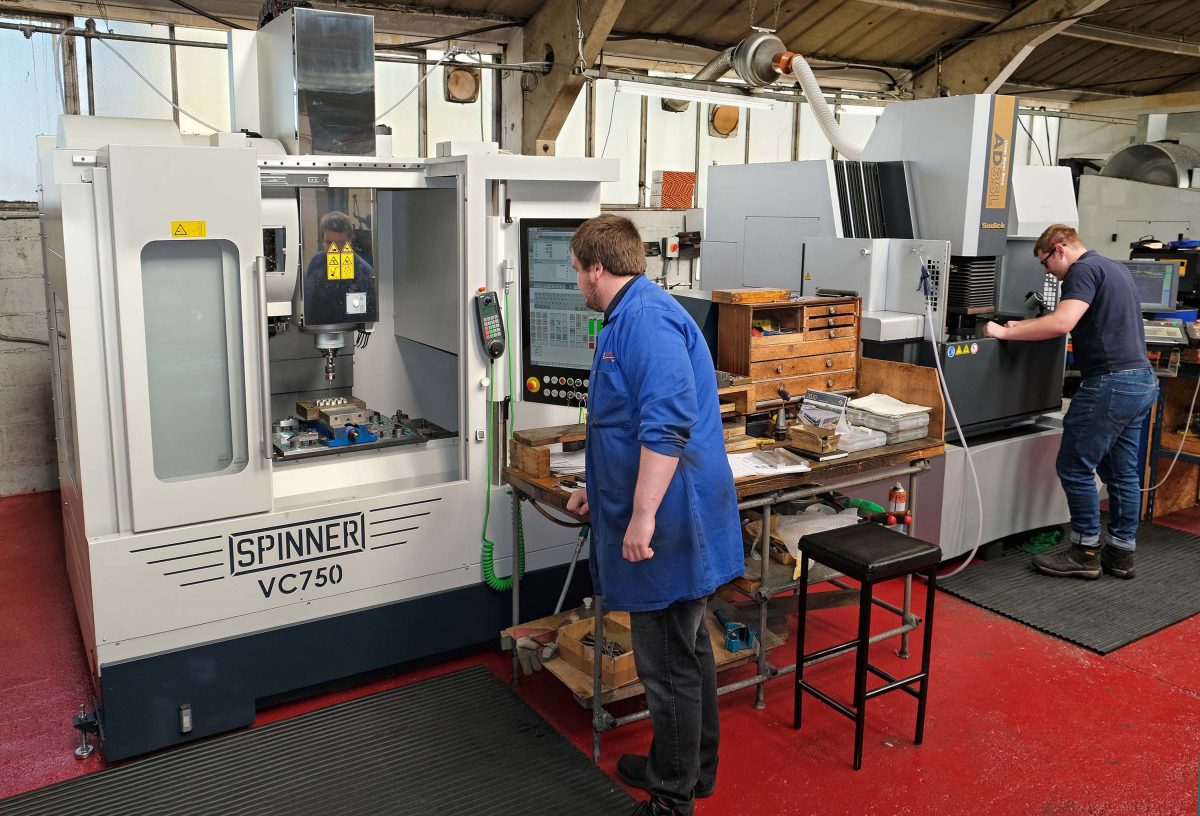 It was as recently as 2012 that manual plus two-and-a-half-axis CNC milling gave way to full 3D machining of plastic injection moulds on a three-axis vertical machining centre at family-run tool maker and plastic injection-moulding specialist Plasticom Group. Since that time the tool room has undergone a transformation, with 2020 alone seeing investment of £250,000, mainly for the purchase of a Sodick die-sink EDM machine and a German-built Spinner three-axis machining centre from UK sales agent Whitehouse Machine Tools. 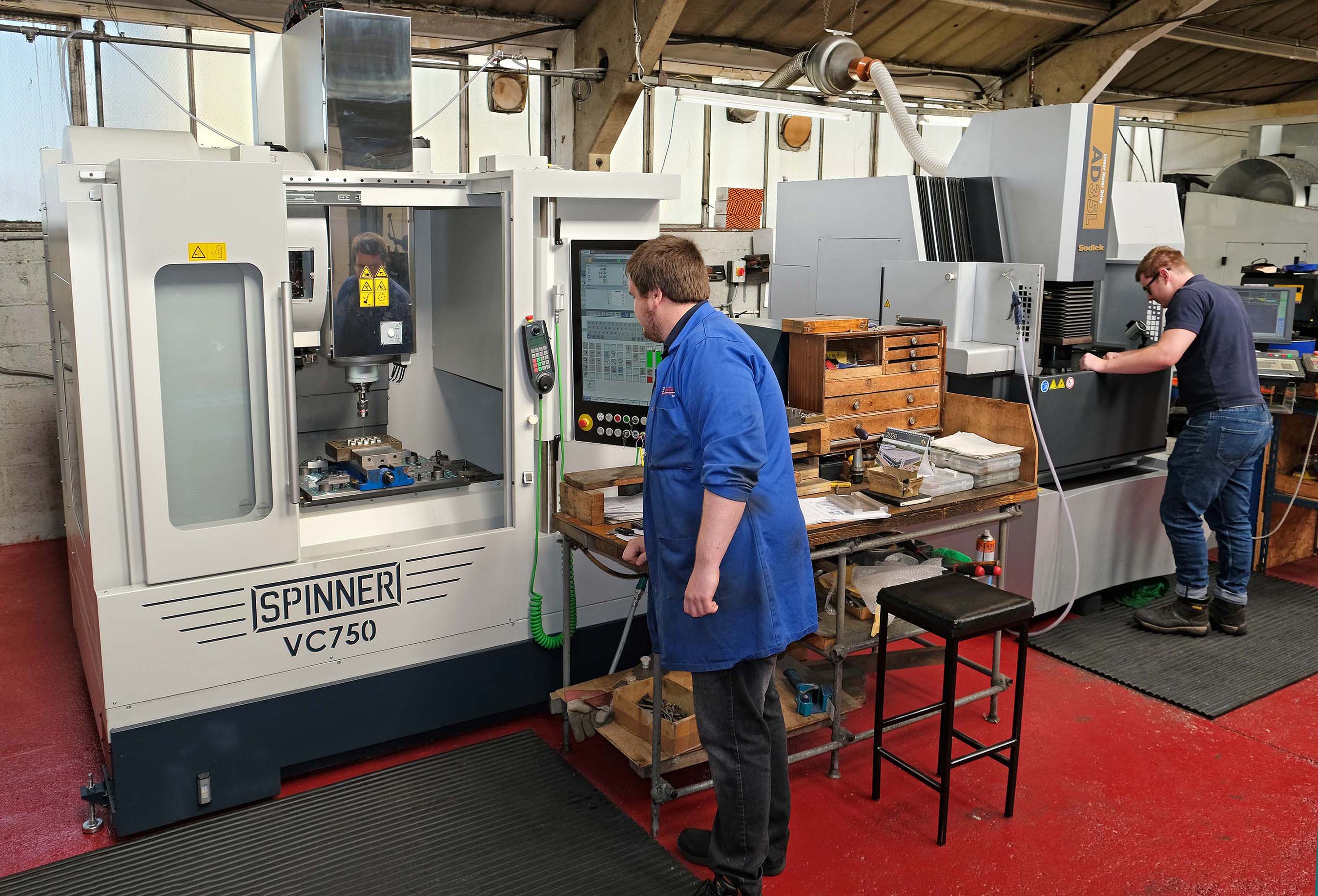 The arrival of the latter machine at the end of September 2020 coincided with the departure of a 25-year-old CNC milling machine. It fell to tool-room co-ordinator Ian Alexander to investigate the best replacement for machine. In total, he scrutinised three machines before selecting the Spinner due to the comprehensive specification of the standard version of the VC750.

Spinner’s VC750 machining centre includes linear scales, 22 bar through-spindle coolant, a swarf conveyor, Blum TC52 spindle probing, a 24-station BT40 tool magazine, a 12,000 rpm spindle, Siemens drives with up to 36 m/min feed rate and the latest Sinumerik 840D control with 24-inch Industry 4.0 multi-touch display. Alexander says that the equivalent package from other suppliers would have cost half as much again. 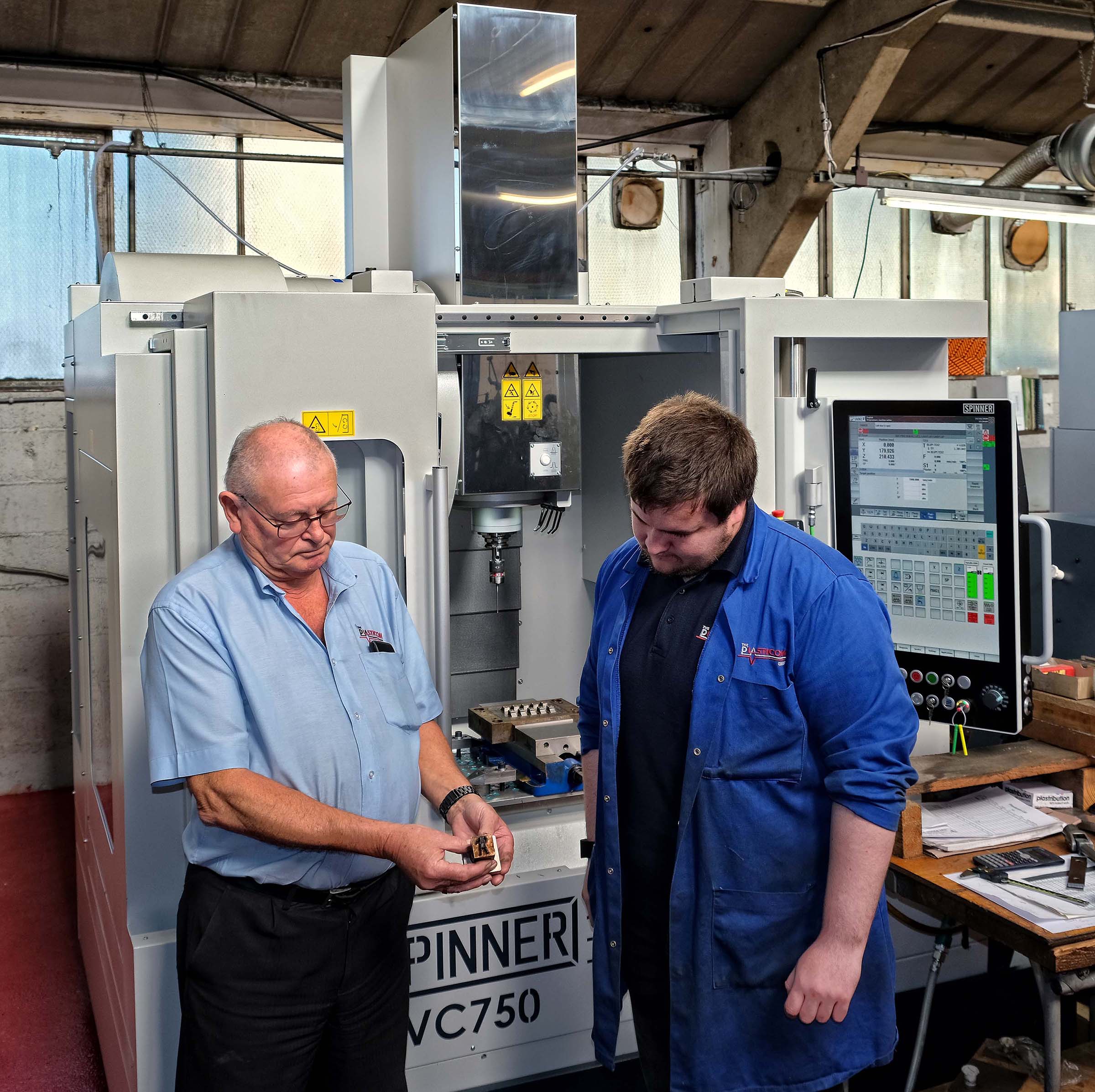 “The VC750 represented the best value for money by far, and the latest Siemens control is a real bonus,” he states. “It allows us to program cycles to produce complex forms directly at the machine, taking the load off our CADCAM department. We also like the rigid, cross-table, C-frame design, which results in superior cutting performance and component geometry. The ability to probe a part before it comes off the table and re-machine it if necessary is a big time-saver and makes us more competitive.

“The Spinner is between 30 and 70% quicker than our other VMC, depending on the type of component,” he continues. “I should say it halves cycle times on average due to faster axis movements, the extra rigidity – which allows heavier cuts to be taken without causing vibration – and the latest Siemens control. It offers so much more productive capacity that there will be a lot of spare time to take on additional subcontract machining, which at present accounts for only a few percent of turnover.” 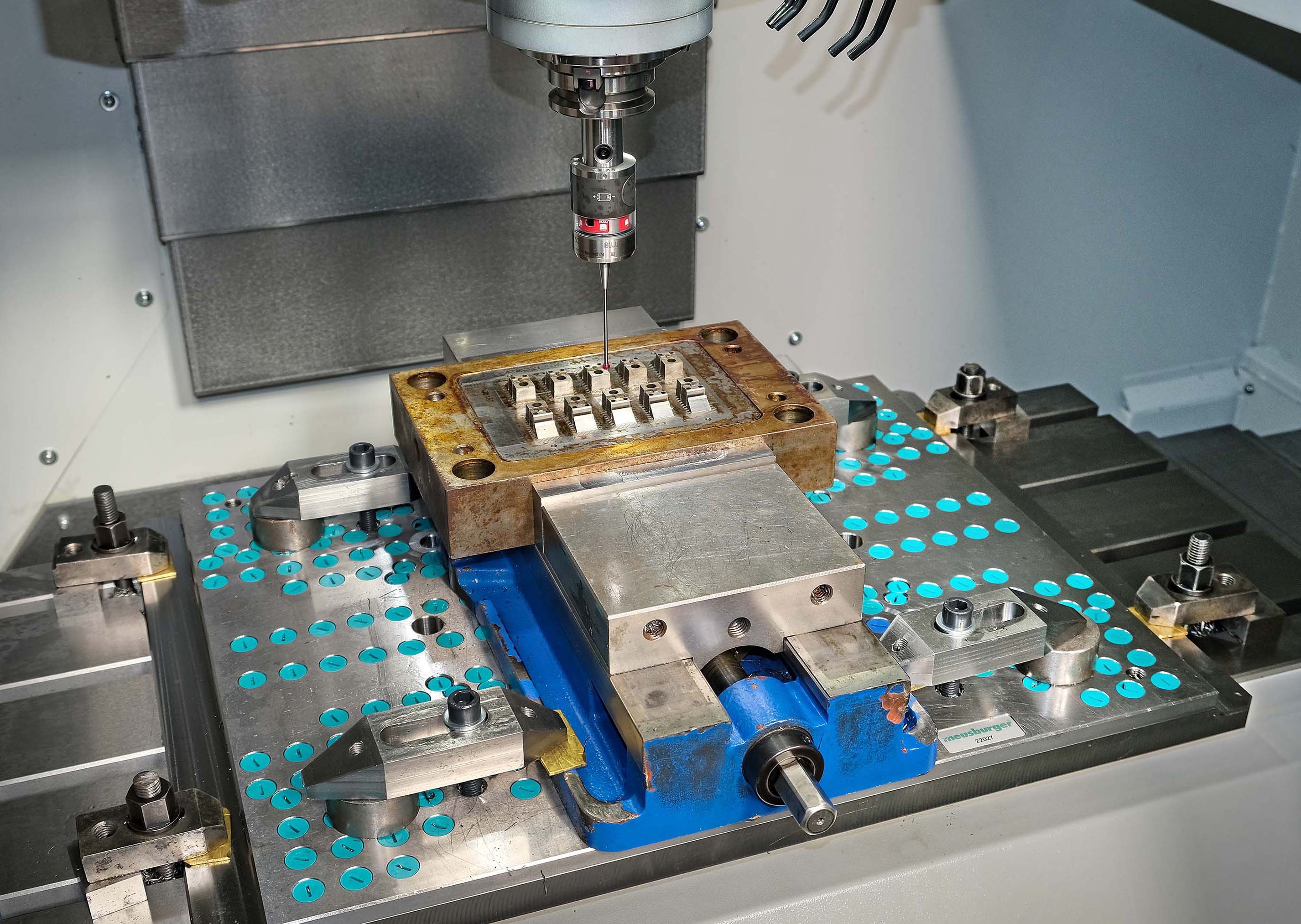 Operating from a factory of nearly 20,000 sq ft in Ashford, Kent, Plasticom has long-standing, high-profile customers that include household names such as Stanley Black & Decker, Games Workshop, Qualcast and Swann-Morton, as well as a host of smaller firms that call on its services. The company was invited in March to be part of the UK Government’s Ventilator Challenge UK consortium, and staff worked long hours under considerable pressure to ship 15,000 plastic ventilator parts to McLaren Racing against a very challenging schedule.

The company is ISO13485 accredited and has a class 7 clean room for the assembly of medical devices. Plasticom Group’s plastic injection-moulding capacity utilises machines rated from 20 to 530 tonnes, including automation, and extends to twin-shot moulding and over-moulding. The manufacture of press tools, vacuum forming tools and die-casting tools also forms part of its remit, while other services include ultrasonic welding, blister and other packaging techniques, and laser welding and printing. 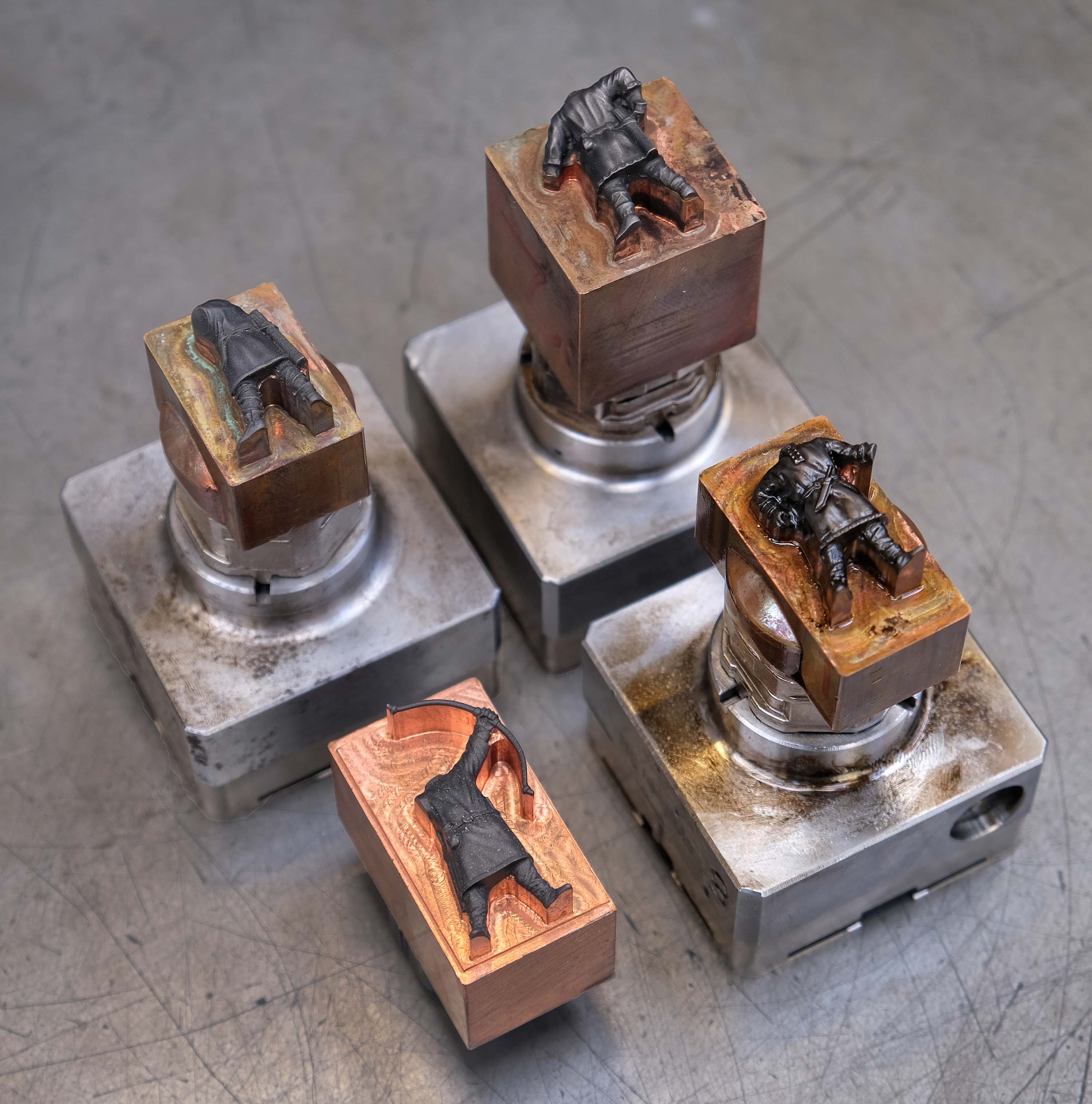 The 60-years-established company is owned by chairman Edwin Simmonds and his wife, Sonia, group finance director, who says: “More than four-fifths of the injection mould tools we make are used in-house to produce a wide range of parts for customers, a side of the business that accounts for a similar proportion of our turnover. Keeping the moulding section operating is therefore critically important, so we look to our machine-tool suppliers to provide prompt aftersales back-up.

“The service that we have received so far from Whitehouse has been excellent, both in terms of the technical input and the training,” she adds. “Our shop floor staff have had one week of tuition so far but no limit has been placed on the amount we will receive in the future, free of charge, which is unusual and a great reassurance.” 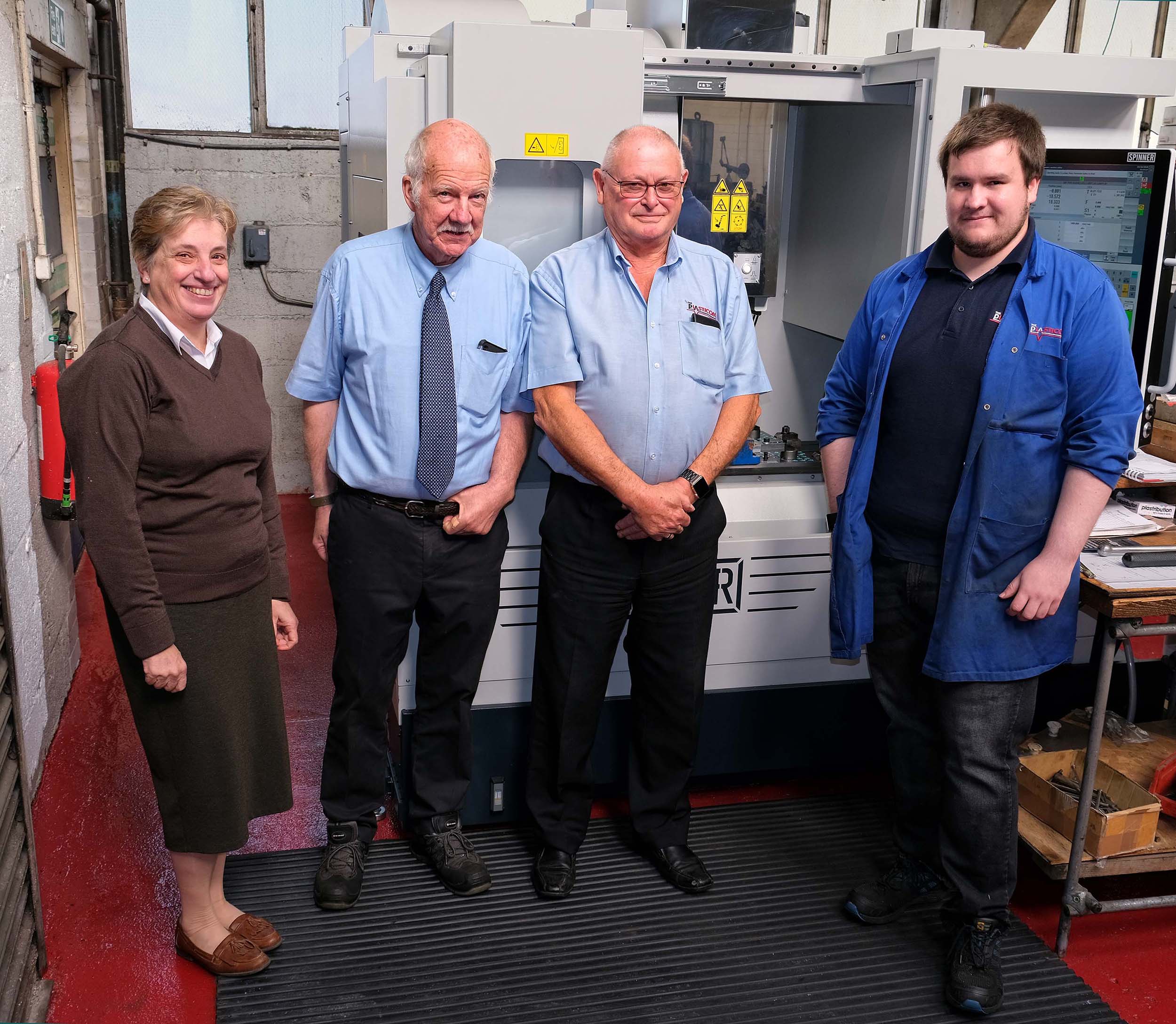 Alexander has adopted a policy of buying in bolsters from Meusburger to allow Plasticom to concentrate on the 3D milling and sparking of tools. A fixture sits permanently on the table of the Spinner VC750 so that operators can quickly clamp each new bolster prior to the machining of mould inserts within the 760 x 460 x 460 mm working envelope, which is large for the machine’s 2.6 x 1.7 m footprint.

He also advises that dimensional tolerances down to a few microns are routine and that the surface finish achieved is “fantastic”. In aluminium, as well as Stavax, a mirror finish is achievable using standard, mid-price, carbide end mills, requiring considerably less polishing overall.