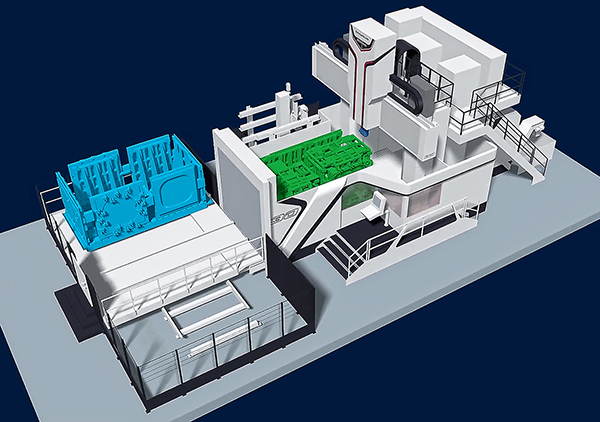 Decommissioning legacy nuclear waste silos on the former UK power generating site at Sellafield requires the machining of large numbers of ‘bins’ to close geometrical tolerances, thus ensuring they can be stacked safely. These bins are three-metre-cube, double-walled, box fabrications that are highly resonant and, to make their production even more difficult, are made from 6 mm thick duplex stainless-steel plate that tends to induce vibrations during milling.

One of the firms leading the Sellafield decommissioning work, Stillington-based Darchem Engineering, had been taking delivery of machined bins from Newcastle-based contract machinist BEL Engineering since 2017.

CEO Jonathan Lamb says: “We wanted to increase productivity but realised that further improvements to the machining process were impossible using conventional machinery and fixturing. When we tried to raise the speed of machining, chatter resulted and it was difficult to hold tolerance. So we engaged with Kingsbury to develop an entirely new machining concept in respect of both work holding and metal cutting, to improve cycle time and hence increase production rate and reduce cost.”

It was not an exercise for the financially faint-hearted. The two companies invested £500,000 in researching and developing an optimal solution for machining two variants of waste bin, known as a PFCS (Pile Fuel Cladding Silo) and an MSSS (Magnox Swarf Storage Silo).

Richard Kingsbury, MD of Kingsbury, says: “Duplex will seek out any weakness in a machining system. We considered every conceivable source of vibration, from the machine bed to the column, guideways, spindle, spindle-tool interface and cutting tools, including their grade and geometry. 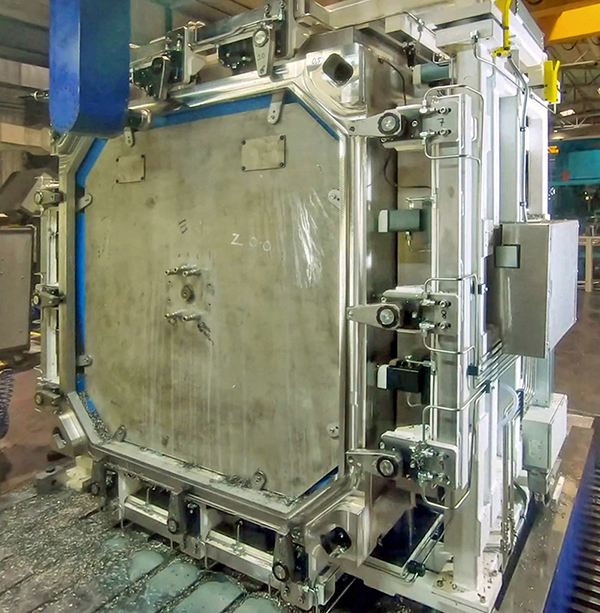 “We then turned our attention to a forensic analysis of how best to fixture the bins and it was here that we achieved a breakthrough,” he continues. “By inflating five airbags between the fixture and the box and five more inside the workpiece itself, we managed to muffle the entire unit so it could be milled at high speeds and feeds without vibration. A final piece of engineering involves hydraulically rotating the 12 swing clamps around the face of the fixture – one by one – out of the way of the approaching cutter so that at any time 11 are engaged to maximise rigidity.”

To understand the natural frequencies of the MSSS bin, the company performed modal analysis in 12 different but repeatable locations around the fabrication. A tap test on a fully fixtured bin, with 32 touch clamps and three push clamps engaged – in addition to the 12 swing clamps and with the internal and external airbags inflated – showed that the vibration amplitude fell to below 0.1 g in under 17 ms on average. That is much less time than the four hundredths of a second it takes successive inserts on an eight-tooth milling cutter rotating at 176 rpm to engage with the metal being machined.

The agitation induced in the material during the cutting process has therefore completely dissipated in the elapsed time between one tooth engaging with the workpiece and the next, an outcome that is impossible to achieve under conventional clamping conditions. This solution prevents any resonance occurring and avoids amplifying vibration, thus eliminating chatter and consequent dimensional inaccuracy and poor surface finish. In effect, the resonant frequencies of the bin are now altered to such an extent that the hollow workpiece has properties similar to those of a solid cube of metal. 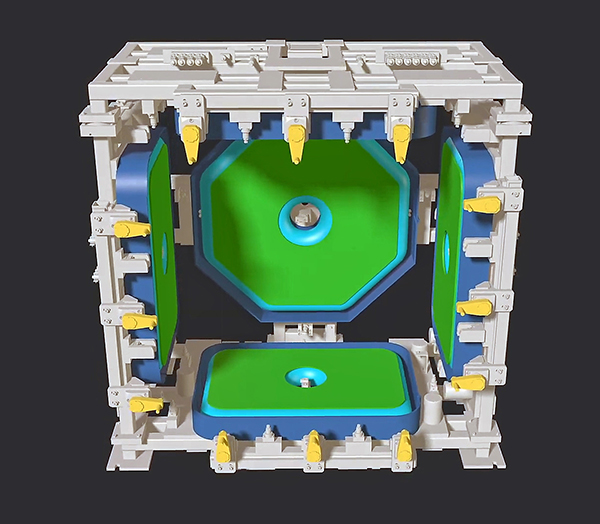 The project started in March 2018. A Taurus 30 machining centre from one of Kingsbury’s principals, Waldrich Coburg, was the chosen machine-tool platform for the project, and final trials took place at the manufacturer’s factory in Germany in late 2019 and early 2020. Lamb witnessed these trials and was convinced it would save cost and help Sellafield hit its box production rate as legacy nuclear material extraction ramps up over the coming years.

In mid-2020, the UK’s Intellectual Property Office granted Kingsbury an industrial patent covering the design of the novel fixturing system, based on its ability to damp the structures during milling.

The machine has a cast-iron base and incorporates a static column and moving table, a configuration that lowers the centre of gravity and increases stability. The 400 x 400 mm cross section of the ram provides the rigidity needed when machining the lower part of the component at maximum extension.

A hydrostatic guideway with a film of oil between the slide and moving assembly supports each axis. Irrespective of speed and applied load, the distance between the faces remains constant, while the system distributes an unchanging volume of oil to further help suppress vibration. The spindle employs a large bearing pack and an HSK125-B tool interface, providing excellent rigidity and machining capability. 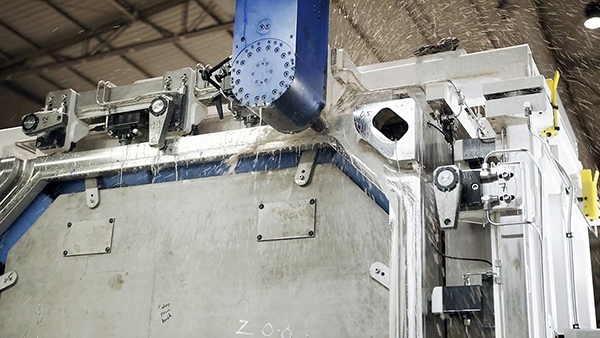 The solution developed for the MSSS box applies equally to the MSSS skip and the PFCS box, each of which takes advantage of its own fixture, complete with airbags. Automation on the Taurus 30 sees two fixture assemblies capable of holding six different part variants for both boxes. It means that a complete ship set of parts needed for all MSSS and PFCS bins are fixtured across the two pallets. While one pallet is within the machining area, the operator has free access to unload and then reload to the fixture assemblies on the other pallet, so downtime is limited to the pallet changeover time.

Lamb concludes: “I’m certain that the combination of Kingsbury’s patented fixture solution and the Waldrich Coburg Taurus machining centre will provide Sellafield with a reliable and cost-effective long-term solution for the manufacture of the MSSS and PFCS boxes.”