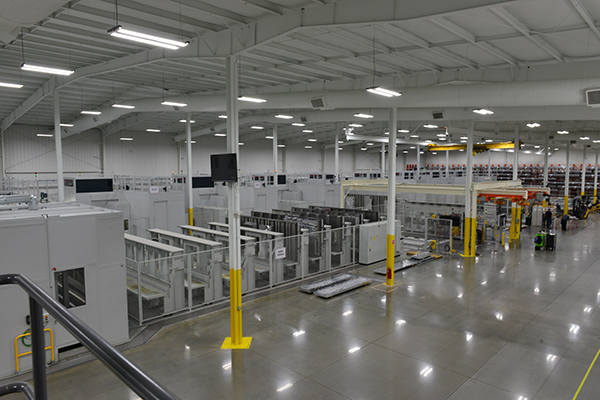 Today, more than half a century after singer Gene Pitney put America’s southern central state of Oklahoma on the world map with his hit song ’24 hours from Tulsa’, another phenomenon is bringing global recognition to the area – Orizon Aerostructures. 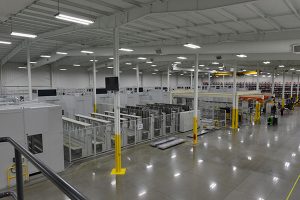 Orizon Aerostructures is a manufacturing and technology company that is building something unique in the Midwest with six locations and 763 employees dedicated to aerospace manufacturing and complex sub-assemblies. The company has almost 780,000 sq ft of production space at sites in Kansas and Missouri, as well as Oklahoma, including four machining locations which between them utilise 100 CNC machines (50 of which have five axes or more). But it is the company’s newest plant in Grove, a little under a 90-minute drive from Tulsa, where a new tune in manufacturing excellence is being played.
In a purpose-built factory that is part of a total investment of $50m in 10 Ecospeed F2060 machines, Orizon has installed a flexible manufacturing system (FMS) based around nine Starrag five-axis Ecospeed machining centres. And it is setting new standards in the machining (predominantly milling) of aerostructures.
The FMS – the largest integrated system of its type in the western hemisphere – is enabling the company to achieve: at least a 30% reduction in machining times across all the parts, compared to former methods; a massive improvement in surface finish with much less deburring and polishing requirements; and a good revenue-to-capex ratio.
Using the Ecospeed, it is possible to convert a 550 kg aluminium billet into a 24 kg complex structural part in less than four hours when the machine is running at a maximum cutting volume of
up to 10,000 cm3/min. 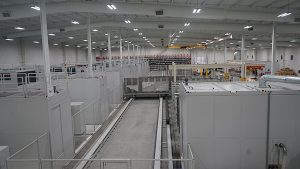 Incorporating the nine high-speed (50 m/min traverse rate) Ecospeeds that are fed by an automated rail-guided, 18-station pallet system and completed by an integrated washing/drying cell, the FMS is manned by just five people on each of the two daily shifts (for 24/7 operations). A range of aerostructures is produced, primarily wing spars, skins and bulk heads.
CEO Charlie Newell says: “In October 2016, we began dreaming of building something unique, and building it in just 12 months: a new factory to house a new FMS that would produce machining efficiencies to surpass anything we’d ever encountered. Working from the start with Starrag, together we have created an unbelievably formidable and highly successful partnership for the world-class machining of aerostructure parts. It was clear, even before the first machine sale, that Starrag was willing to listen and to share and support our vision. Starrag has done this by, for example, offering excellent levels of knowledge transfer and assisting us to develop the appropriate processes around our business systems.
“These include standardising machining operations across all the parts and, for instance, the use of online diagnostic tools that enable us to ‘interrogate’ the system or individual machines via smartphones, iPads or desktop computers at any time of the day or night,” he adds.
Online diagnostics are just one aspect – and benefit – of Starrag’s Integrated Production System (IPS), a modular digital platform that offers users a suite of functionality to meet individual tasks, including: cloud-based solutions help users analyse and optimise processes more specifically to further increase productivity; and a machine production system that monitors manufacturing in real time and protects against incorrect operation/collisions.
“We chose Starrag Ecospeed F2060s, each with a Sprint Z3 parallel kinematic machining head and an angular milling head, because the machine produced everything Starrag said it would in terms of metal removal, reliable uptime and excellent surface finishes,” says Orizon president Henry Newell.
It was not, however, a case of Orizon simply placing an order for the initial six machines for the FMS. The company first installed a stand-alone Ecospeed with the Z3 head to test the machine’s effectiveness and efficiency on production parts.
Orizon’s original Ecospeed F2060 sits alone in its own area, enabling the factory floor to host the FMS, which began development as a six-machine system. The first F2060 for the FMS was installed in January 2017, followed two months later by the pallet changer, and the system was in production by October 2017. A year later, three additional Ecospeeds were added and, importantly, these latter three machines did not add any labour overhead to the system; just revenue. 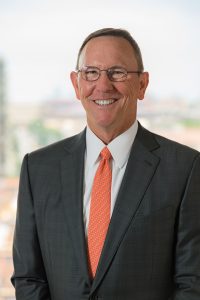 Starrag’s Ecospeed F2060 has travels in X, Y and Z of 6300 x 2500 x 670 mm (spindle in horizontal position) and traverse rates of 50 m/min in each axis. In addition, the ±45° A/B axis is complemented by a 30,000 rpm, 120 kW spindle that offers a torque of 83 Nm. The specification is additionally enhanced on the highly dynamic machine by acceleration rates of up to 1 g in all five axes, and jerk up to 200 m/s³.
The load/unload station sees the parts loaded manually and clamped by a mixture of vacuum and mechanical clamps, with the pallet in the horizontal position. Once loaded, the pallet is tilted 90° and moved into the 270-ft long FMS, with the cell controller ‘deciding’ which machine will process which pallet.
With common tooling held by each of the Ecospeed’s 129-station tool changers, meaning that any F2060 can machine any part in any order, the cell control system provides for flexible manufacturing. Orizon worked closely with Starrag to standardise the tooling and machining speeds and feeds, as well as programming routines, to enable this high-level flexibility.
After machining, the pallet moves to the wash/dry station where high-pressure wash nozzles direct angled jets to reach every corner of a part before an air blast is used for drying. That said, by using MQL, workpieces enter the wash station bearing a relatively low amount of swarf/cutting fluid. Upon unloading, the pallet returns to the horizontal and each part is removed from the system for deburring, then on to a CMM for 100% inspection.
Orizon operators undertake basic maintenance routines, which are complemented by Starrag’s Service Plus preventative maintenance scheme, where an annual fee covers every eventuality and guarantees service response times, inspection and repair.
For further information www.starrag.com