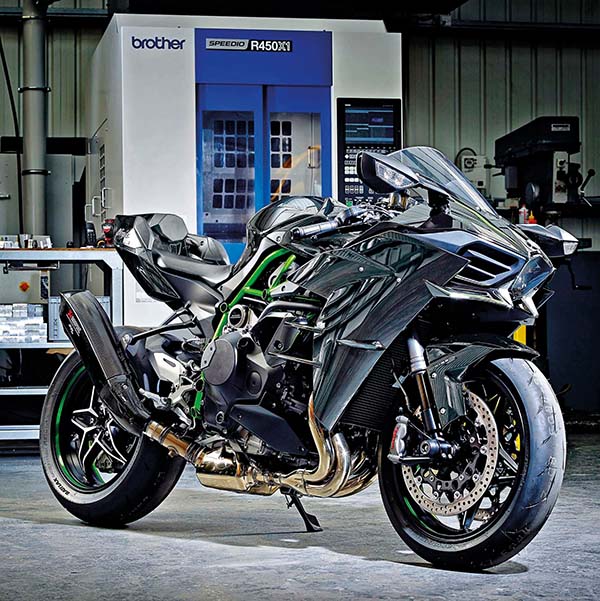 Automated machining cells are the route to high production output in a small footprint with minimum operator attendance, and in hot pursuit of this goal is Alford, Lincolnshire-based Drury Precision Engineering. Although the firm carries out a small amount of subcontract machining, its main business is the production of its own globally-recognised motorcycle accessories for road and racing bikes, which it markets under the Evotech Performance brand name.

In the area of turn-milling, Drury has long used a bar-fed, single-turret lathe, and there has been a succession of different makes on the shop floor. In place of this lathe today is a more efficient Biglia B438-Y2 twin-spindle turn-mill centre with two Y-axis turrets, also supplied by Whitehouse Machine Tools.

The company decided in early 2015 to transition from conventional 40-taper machining centres to 30-taper models to raise production efficiency in line with rapidly increasing demand for its Evotech products, which are mainly produced by taking light cuts from aluminium billets of rectangular cross section.

First to be delivered was a Brother Speedio R450X1 twin-pallet, 22-tool, 30-taper machine for three-axis work. Output from the machine equalled that of two 40-taper machining centres. A typical crash protector, for example, took 20 minutes to machine instead of 40 minutes. This dramatic improvement was due to the minimisation of idle times through linear rapids, tool change and pallet change all taking place simultaneously, coupled with fast ATC and APC, a 16,000 rpm spindle and 200-block look-ahead in the Brother control. 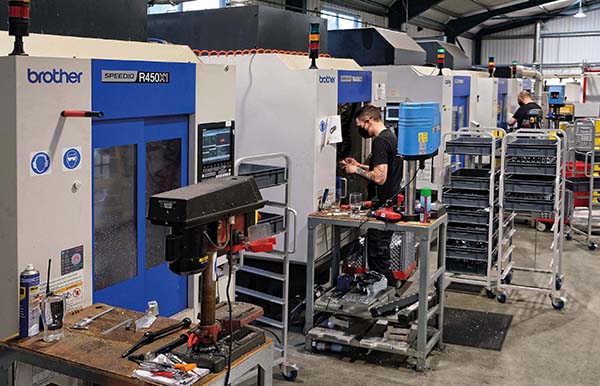 The tool change in particular is so fast, delivering a chip-to-chip time of typically 2 seconds, that Drury has not only boosted production output but additionally been able to allow its designers more flexibility in SolidWorks. A couple of extra tools are introduced into a cycle, for instance, to add cosmetic features with very little time penalty. To do this on a 40-taper VMC would have unacceptably impacted productivity.

The doubling of throughput and the extra design flexibility were a revelation for Drury. Unsurprisingly, there are no longer any 40-taper machines on site and four further 30-taper Speedios followed the R450X1. The company’s first R650X1 arrived soon after, equipped with a Nikken two-axis table to provide five-axis machining capability.

Next to take its place on the shop floor was another three-axis R450X2, a three-axis R650X1 and, at the end of 2019, a five-axis S700X1 with Nikken table to provide a larger working volume. This machine was originally reserved for prototyping but was diverted into production due to ever increasing demand. All five machines sit in a line on the shop floor and are manually operated.

In early 2020 the three engineers who jointly run the company, Dan Rack, Chris Vines and Nick Cooper, recognised that prismatic machining capacity needed to be increased further, but space on the shop floor was tight. So in March that year, having had good experience with the other Brother machines, they purchased a Speedio M140X2, another five-axis machine, and decided to automate it with a Feedio component storage and robotic handling system developed jointly by Brother and ABB. 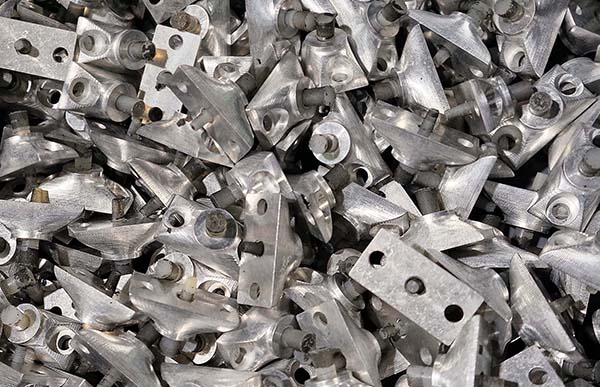 The Feedio is designed specifically for Brother machines, rather than being a generic solution provided by a third party, although a couple of other potential automation suppliers were briefly considered at the outset. The unit communicates with the machining centre control via a Profibus interface, while a smart ABB teach pendant incorporating a customised Speedio page is available for programming the six-axis robot.

Notably, the Feedio version supplied with this machine at the outset had a pair of standard, 2 m long conveyors, which are positioned one above the other. However, Drury soon realised that insufficient components could be accommodated to last for the whole of the ghost shift. So to avoid losing night-time hours, the company asked Whitehouse to extend the conveyors to 4 m in a simple exercise that took less than a day. The extra capacity also had the effect of allowing the entire weekend to be utilised for production. In fact, when machining certain parts, up to three days’ uninterrupted production is possible without manual intervention.

A camera and PC built into the Feedio unit allow the robot to detect the position of billets on the upper input conveyor. After machining, components return to the output conveyor below. This particular cell is for Op 1 work on parts weighing up to 10 kg in batches from 100- to 2,000-off; the completion of Op 2 taking place on the manually-loaded Speedios. To ensure system reliability, the M140X2 has been equipped with two Blum probes, one to check the tool and the other to confirm the correct loading of each billet before machining commences.

Careful attention is paid at the component design stage to maximise Op 1 time and thereby minimise the amount of Op 2 metal cutting. In one instance, Cooper, who manages the machining department at Alford, achieved a 9.5-minute Op 1 and a 22-second Op 2. So far, the company has produced around 50 different component types in the cell. 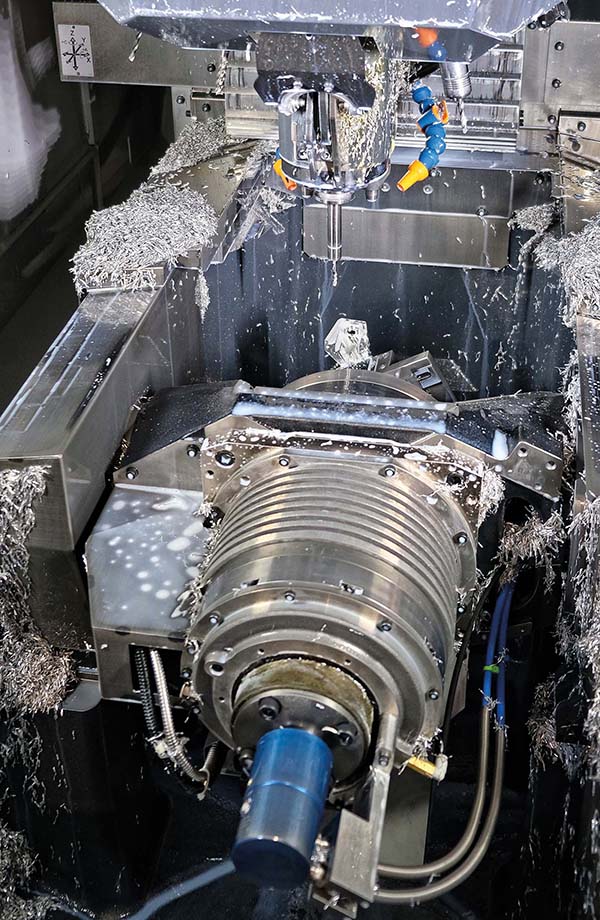 Nearly one year later, the two other automated Speedio cells arrived. One was a larger three-axis S700X2 with a 700 x 400 x 300 mm working volume, a Schunk pneumatic centric vice and a 4 m Feedio system capable of handling heavier components up to 20 kg, again for Op 1 work. The other was an additional five-axis M140X2, but this time fitted with a System 3R WorkPartner 108-pallet storage and handling system. Supplied as a turnkey installation by Whitehouse, the latter is a closed cell to target Op 2 inefficiencies within the factory. Six motorbike parts required in left- and right-hand versions were identified as ideal for production in this cell. They are set up permanently so that both Op 1 and Op 2 are completed automatically, unattended for up to 20 hours.

The former turning machine at Drury, which dated back to 2016, was capable of turning components up to 65 mm diameter from bar. However, its single turret meant that productivity was low and the machine was inefficient at producing small turned parts. So the decision was taken to concentrate on the in-house turn-milling of sub-38 mm diameter components, which accounts for around one-third of throughput, and outsource the remainder of turned parts production.

Drury considered two alternatives but decided in favour of the Biglia B438-Y2 due to the high level of service it receives from Whitehouse on the prismatic machining side. Other points in favour of the Biglia were the ready availability of a post processor and the machine’s ability in its standard configuration to extract up to 150 mm long components without the need for special handling equipment, which would have introduced delay at the end of some cycles.

The machine is the most recent to be installed by Whitehouse at the Alford factory. It has proved to be highly efficient at producing spacers for bar ends and crash protection brackets, for example, in a cycle time of around 1 minute compared with 3 minutes previously. Rack advises that every turned and turn-milled part seems to be produced in around one-third of the time it took before on the single-turret lathe.

Although turning in Drury’s factory has always been automated by a bar feeder, the inception of automatic loading and unloading of prismatic machined parts has seen a step-change in production efficiency. Six years ago the company employed 22 staff, yet today with only three extra operators and in the same shop floor area, turnover has more than doubled.