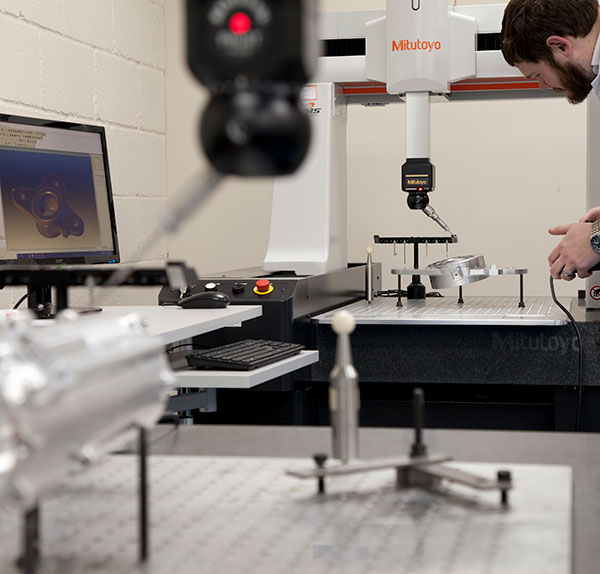 ESL Group quality engineer Dave Humphrey says: “We have used Mitutoyo CMMs for over 20 years and been very impressed with their ease and speed of use, as well as their reliability and accuracy. In addition, we always receive excellent service from Mitutoyo UK.
“Recently, we found the need to further increase our inspection capacity,” he adds. “Having installed a Mitutoyo Apex S CNC CMM less than two years ago, on contacting Mitutoyo UK it was interesting to hear about the technical improvements made to the new Mitutoyo Crysta Apex V CMM range.”
Although ESL Group considered that advances in areas such as software enhancements meant that the new CMM represented a further step forward for Mitutoyo, before committing to purchasing a Crysta Apex V machine, the company followed its normal commercial practice of considering the merits of other CMM brands in terms of their capabilities and price. As previously, the new Mitutoyo CMM proved to be the most attractive option and an order was placed.
“Our new Crysta Apex V and the existing Mitutoyo CMM are now located in our environmentally temperature-controlled quality department,” says Humphrey. “As the new machine is an evolution of its predecessor, it was easy for our three quality department staff to quickly become accustomed with its operation, and already they are able to swap from machine to machine with ease.”
The Mitutoyo CMMs have become the mainstays of quality provision at ESL Group, which uses them to perform first-off in-process and final inspection routines, and a multitude of other high-precision measuring and inspection tasks, such as the generation of full FAI and SPC reports.
For further information www.mitutoyo.co.uk