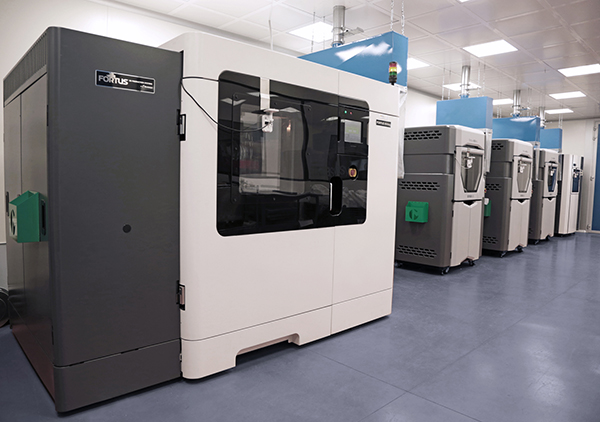 Marchesini Group S.p.A. is an Italian manufacturer of automated packaging machinery and an established supplier to some of the biggest names in the pharmaceutical, cosmetic and food industries. As one of Stratasys’ largest customers in Europe, the company has revealed how it has embraced an entirely customised production business model to meet the needs of the international packaging sector – with its arsenal of industrial-grade Stratasys 3D printers at the heart of its manufacturing operation. 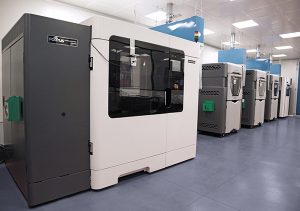 Headquartered in Pianoro, Marchesini Group has a dedicated 3D printing facility featuring 10 Stratasys production-grade FDM 3D printers – a large-scale Fortus 900mc, four Fortus 450mc and five F270 systems – as well as two PolyJet multi-material 3D printers. The technology is used throughout the design, development and manufacture of the company’s flagship cartoning machines, as well as several other packaging lines. Every machine produced is tailored to a specific industry or customer’s production process, which is critical in ensuring optimum performance and efficiency when deployed in the field.
“At Marchesini Group we say that ‘extra-ordinary is our ordinary’, meaning that we are faced with challenging, entirely customised projects on an almost daily basis,” says Mirko Fortunati, who is responsible for co-ordinating the mechanical workshops at Marchesini Group. “However, producing complex, bespoke parts with traditional manufacturing methods has proved extremely costly and
time consuming, which is no longer suited to the growing demands of today’s packaging manufacturing industry.
“Importantly for our business, Stratasys additive manufacturing has enabled us to overcome these issues and adopt a customised production model,” he continues. “Integrating industrial-grade FDM 3D printers into our production process has drastically reduced our part lead times from several weeks to a few days. Added to that, we can cost-effectively produce the exact quantity of parts we need, without requiring expensive tooling or machining. Having this on-demand production capability enables our engineers to take advantage of the greater design freedom enabled by 3D printing, which has empowered Marchesini Group to achieve higher-quality results for our customers.” 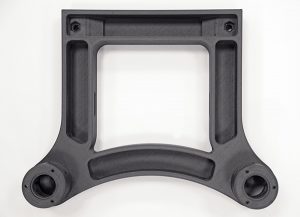 Importantly, this on-demand production capability also extends to maintenance and repair. With its packaging machines installed at customer locations throughout the world, the company is now able to quickly and cost-effectively 3D print customised replacement parts on-demand with no minimum order requirement. Not only does this allow Marchesini Group to deliver spare parts to customers in record time, it eradicates the need for costly storage facilities of spare inventory.
The team at Marchesini has 3D printed thousands of functional parts and components for its packaging machines, including protective cases, cable support systems and junction boxes, to name but a few. These applications are particularly important for the company’s robotic packaging systems, where every single component matters in order to ensure the robot’s agility, precision and speed of movement. This is an area where high-performance 3D printing materials have made a big impact.
“Using tough thermoplastics such as Stratasys’ FDM Nylon 12CF filament or ULTEM 9085 resin in place of traditionally machined metal components, has enabled us to reduce the weight of some parts by at least 30%,” explains Fortunati. “This not only increases the speed of movement and productivity of the robot for our customers, but it lessens the rate of degradation. In addition, these 3D printing materials comply with specific industry regulations, which importantly enables us to expand this technology into even more production applications – helping us to further innovate our products for customers.”
Marchesini Group is also using Stratasys PolyJet technology to produce components for applications requiring the combination of two or more materials.
“One great example of this technology is for the production of grasping pincers, which are designed to handle light items such as package leaflets or smaller jars,” explains Fortunati. “With the advanced multi-material 3D printing capability, we can produce complex designs that combine hard and rubber-like materials in a single print – something that would typically take multiple processes to create, costing us time and money.” 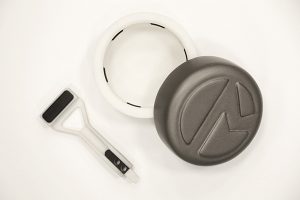 The battery of Stratasys 3D printers within Marchesini Group’s additive manufacturing department is currently running round the clock.
Fortunati concludes: “It’s fair to say that additive manufacturing is an integral part of Marchesini Group production. In 2019 alone, we recorded a total of 22,480 hours of operation for our FDM 3D printing equipment – equating to almost 15 hours a day. And for our two PolyJet 3D printers, a total of 1700 hours of operation, the equivalent of about 8 hours a day. As we continue to expand these technologies across our design and production process, we can expect these figures to be even higher in the future.”
Established in 1974 by virtue of the shrewd intuition of Massimo Marchesini, over the years the company has grown from a small, local business into a major industrial enterprise, thanks to a continuous process of mergers and acquisitions of complementary companies. Despite its present-day multinational dimension, the group has never betrayed the human spirit and artisan production that characterised its early days, and these traits still exist today alongside the latest innovations in robotics and digitalisation.
For further information www.stratasys.com