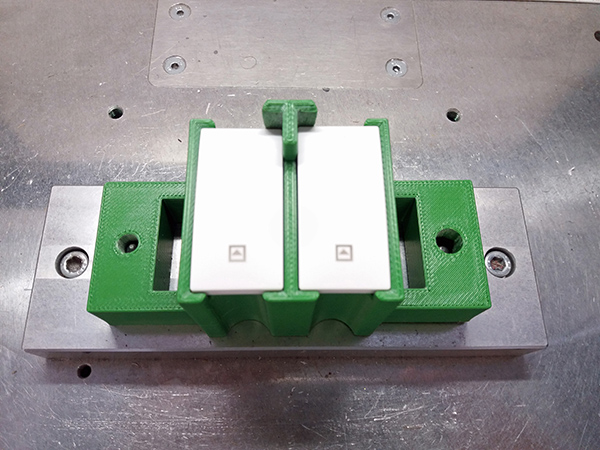 Over the past year, industrial giant Schneider Electric has embarked on large-scale Industry 4.0 implementation across its worldwide operations. Named the ‘Smart Factory’ project, the company is strategically deploying cutting-edge technologies and the benefits of the Industrial Internet of Things (IIoT) to drive process optimisation. Designed to increase operational efficiency and reduce costs for its customers, the initiative has been rolled out to every factory across the globe, with each plant challenged to embrace innovation and drive digital transformation. 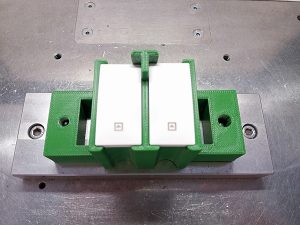 One of the company’s shining lights has been the Puente la Reina plant in Navarra, Spain, which has strategically adopted Stratasys FDM additive manufacturing throughout its production process. The plant is reporting significant efficiencies across its tooling operations in particular, which has led to the management team receiving high-level recognition within Schneider Electric. In fact, the Puente la Reina plant was recently named winner of the internal European-wide ‘Smart Factory’ Schneider Electric competition – recognising the acceleration of the plant’s Industry 4.0 transformation for the vast quantities of 3D printed manufacturing tools produced, the outstanding time and cost savings achieved, and newly optimised supply chain efficiencies.
“In the past year, using Stratasys FDM additive manufacturing we’ve achieved a saving of about €20,000 in the production of assembly-line tooling alone, which has easily paid off our original investment in the F170 3D printer,” says Manuel Otamendi, industrialisation and maintenance manager – global supply chain at Schneider Electric’s Puente la Reina plant. “With this technology we’re able to produce new high-performance production tools in just one day, whereas it would have taken at least one week to outsource the same tools previously. This reduces our dependency on suppliers and gives us much more control over tool production, which has increased the overall flexibility of our manufacturing process and accelerated our time-to-market for many products.” 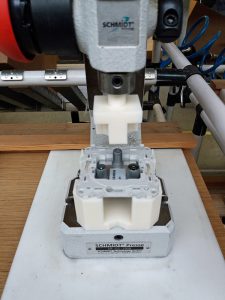 Purchased through Stratasys’ local partner, Pixel Sistemas, Schneider Electric’s industrial-grade Stratasys F170 3D printer is deployed for a range of tooling applications, including assembly-line tools, jigs, fixtures, robot grippers and other end-of-arm tools – all of which were previously outsourced to third parties and produced using expensive injection moulding or CNC processes. The F170 has become a staple workhorse on the Puente la Reina factory floor, cranking out over a hundred new production tool designs a year.
One such example is the production of grippers for robotic arms on the assembly line. Leveraging its F170 3D printer, Schneider Electric has come up with new application ideas for the grippers to not only improve the performance of the robots, but secure major cost savings.
“It’s not uncommon for aluminium parts of the mould to break when they collide, and when they do, they are very expensive to replace,” explains Otamendi. “To circumvent this issue, we’re now able to replace costly aluminium grippers for robotic arms with 3D-printed alternatives. Not only does the 3D-printed tool offer the same mechanical performances as the traditional tool but, importantly, it ensures protection of more expensive aluminium parts when the moulds collide. Should the 3D-printing tool break, we can quickly 3D print a low-cost replacement within hours.
“To put the cost saving into perspective – outsourcing a machined gripper would previously cost €200 per tool,” he continues. “Now, we can 3D print one on-demand for around €100. The ability to also reduce the complexity of our supply chain is very important to us right now, so having this on-demand production capability in-house is essential.”
Having enjoyed significant cost savings and a more streamlined production workflow since integrating Stratasys FDM additive manufacturing, this has had a positive knock-on effect on the plant’s overall manufacturing efficiencies and reduced time-to-market in key areas.
“Additive manufacturing has transformed the way we work and changed our entire mind-set in terms of the way we think about doing things in the future,” explains Otamendi. “While we will continue to use our F170 to further optimise the tooling process, we’re actively exploring how to leverage other high-performance FDM materials in the Stratasys F123 3D printer series to address final end-use part applications on the production line. The increased application use of this technology will play an important role for us in achieving our digital transformation objectives.”
As a multi-material printer, the F170 is a fully-featured prototyping tool, with the capacity to load two material reels simultaneously. The machine is part of the F123 series, and includes advanced features like Fast Draft mode for truly rapid prototyping, and soluble support to prevent design compromise and hands-on removal. 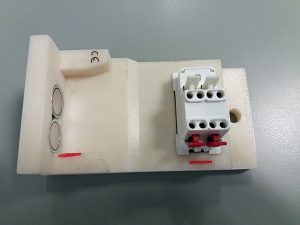 Yann Rageul, director manufacturing solutions EMEA at Stratasys, says: “As we work our way through the global pandemic, we’ve seen clear indications that additive manufacturing can play a key role in enhancing the traditional supply chain and conventional production lines. With business leaders seeking to re-optimise their operations, we expect to see an increase in companies adopting the technology at a strategic level, such as Schneider Electric, who continue to successfully drive digital transformation across the business.
“Not only does additive manufacturing enable Schneider Electric to increase flexibility within production and reduce dependency on suppliers, it also opens up the ability to make significant operational efficiencies across product development,” he adds. “While this may be a common objective for most businesses, the impact of COVID-19 has amplified its importance even further.”
For further information www.stratasys.com