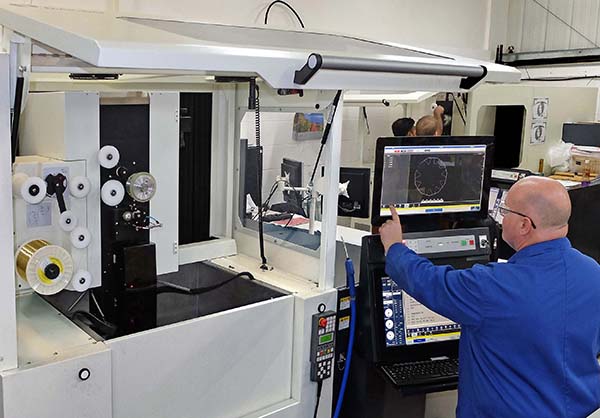 Aldershot-based FT Gearing supplies the global defence and aerospace sectors with gears, miniature gearboxes and safety-critical components for wing-surface actuators, engine controls, instrumentation and fuel pumps. Many years ago, the manufacturer tried broaching the bore profiles in steel worm shafts to transmit the drive to thrust reversers, but the length-to-diameter ratios were too high and the tools broke frequently. 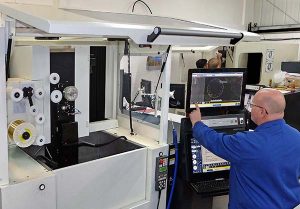 So the company put the work out to a wire EDM subcontractor in the Midlands. The service was expensive, partly because the firm needed to have Nadcap (National Aerospace and Defence Contractors Accreditation Program) approval, which is a requirement of primes such as Boeing and Airbus, as well as tier-one aerospace companies, all of which FT Gearing supplies.
Today, the situation has been turned on its head following the arrival over an 18-month period of three Makino wire EDM machines at an FT Gearing satellite facility close to the company’s main facility. The machines were supplied by NCMT, UK agent for the Japanese machine builder. Within six months of the first arriving, the gear specialist had gained Nadcap approval, while the latest EDM machine installed mid-2017 provides capacity for internal development projects and a subcontract wire-EDM service.
Managing director Graham Fitzgerald, who started the business with his father Des in 1978, says: “We chose U3 wire eroders from Makino after we employed a skilled EDM machinist that has a lot of experience operating machines of the same make and rates them highly. He says that ISO programming on the Fanuc-based control is far easier than on some other EDM machines that employ two languages; the macros are simpler to create and operations like rotation and mirror imaging are straightforward.”
For further information www.ncmt.co.uk