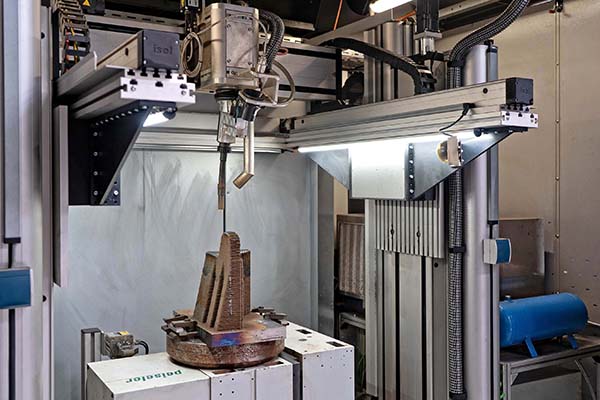 The Intercity Express of the German state railway Deutsche Bahn (DB) is a continental European system of high-speed trains renowned for their comfort and reliability. Occasionally things go wrong, however, as happened last year when two rail carriages needed repair.

Both required a new secondary roll stop, a heavy steel component bolted to the underside of each passenger car that limits lateral play on tight curves to ensure safe cornering.

Secondary roll stops are safety-critical parts with a method of manufacture which rail engineers are reluctant to change. Nevertheless, DB was forced to do just that, as the component is not a regular service item but an accident repair part and therefore not normally held in stock. Two were needed quickly, although the usual supplier was quoting 10 months to deliver the castings, after which they still had to be machined by the usual subtractive process. Moreover, the quote was for a minimum order quantity of four castings.

Florens Lichte, DB’s head of additive manufacturing, says: “Apart from the extended lead-time for delivery, we would also have had to pay serious money for the initial tooling. None of this was an option for us. We needed to reduce the downtime of the railcars drastically to get them back into service quickly and economically. So we decided to 3D print the components using the WAAM process.

“A co-operation was set up with Gefertec, which manufactured the parts at its headquarters near Berlin,” he continues. “We were able to reduce the lead-time by five months, added to which the overall cost was 30% lower.” 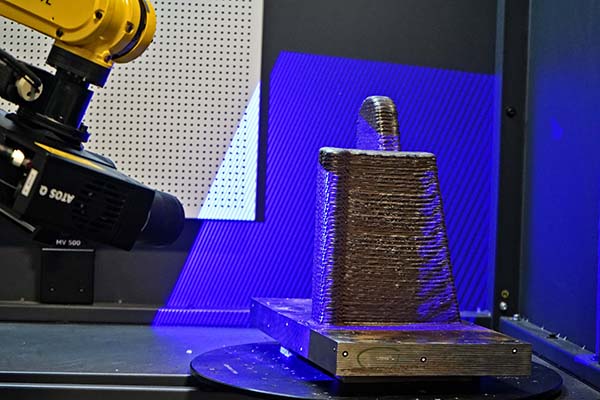 Tobias Kruemberg, CEO of Gefertec, which is represented in the UK by Kingsbury, adds: “Our company produces WAAM three- and five-axis CNC metal 3D-printing systems, alongside a subcontract manufacturing service. The benefit of our technology is that many kilograms of metal can be deposited in a relatively short time. When DB came to us, we saw the additive manufacture of their secondary roll stops as ideal for our technology. It’s perfect for the rapid production of high-value metal parts in small quantities at reduced cost, so this application amounted to a sound business case.”

The two components were duly produced on an arc405 five-axis WAAM machine in a cycle time of 36 hours each. The raw material is standard welding coil that does not require the safety precautions associated with powder-bed layer-by-layer fusion technology. In this case, 1.2 mm diameter SW 100S NiMoCr wire was used to produce two high-tensile, fine-grain structures each measuring 250 x 216 x 312 mm and weighing 36.3 kg.

It is at this point that detail on the finalisation of the original project is lacking. So Richard Kingsbury, managing director of Kingsbury, decided to produce a video recreating the manufacturing process in its entirety, including interviews with the decision-makers involved. 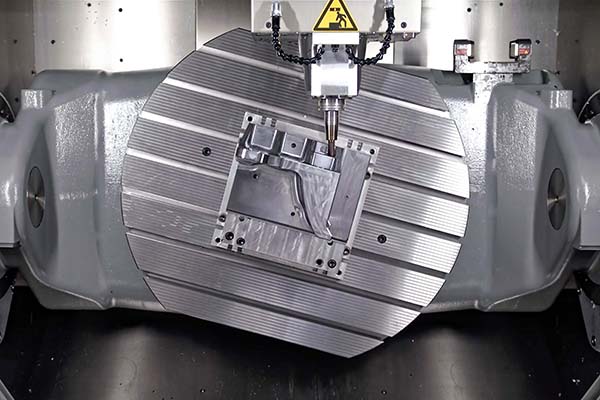 He says: “When Gefertec described this application to me I found it so compelling that I wanted to document the project. It brought home to me how additive manufacturing is progressing year-on-year into an ever more practical, low-cost alternative to subtractive machining. So, on behalf of Gefertec, and in co-operation with another of our principals, machining centre manufacturer Hermle, as well as 3D metrology equipment supplier GOM UK, we’ve produced a video detailing the whole process.”

Kevin Hawley, director of GOM UK says: “We became involved in this reconstruction when a 3D-printed sample component identical to the DB secondary roll stop arrived from Gefertec. So that the subsequent machining could be optimised, we created scan data from the part by first taking the CAD model and putting it into our virtual measuring room software.”

The part was scanned in about one hour on the rotary table of a GOM ATOS ScanBox optical 3D measuring machine. When complete, it was possible to understand the part geometry and compare it with the CAD model to detect if there were any deviations. It was then an easy matter to ensure that the 3D-welded, near-net-shape component could be cleaned up satisfactorily when machined. 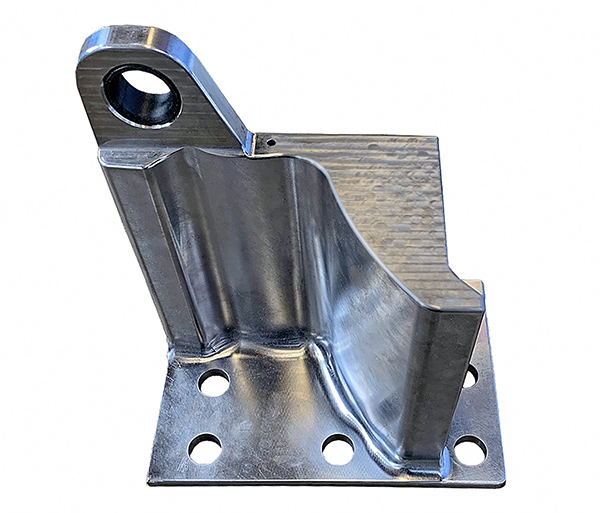 Dan Castles, business development manager – automated solutions at Kingsbury, says: “We took delivery of the 3D-printed component and the STL data file from GOM. The file was loaded into our CAM system to help us prepare a program for the machining process, which was completed on a Hermle C 650 five-axis vertical machining centre. It was more accurate to do it this way, using actual scan data rather than the theoretical CAD model, as the tool paths could be optimised to the exact form of the welded part.”

The procedure avoided air cuts and no safety passes were needed, as there was no chance of overloading the spindle by taking a heavy cut. It ensured that the part was machined back to net shape in one hit, in a cycle time of around seven hours. The machining time was considerably shorter than would have been required on the original casting and vastly less than trying to mill the part from billet.

Kingsbury concludes: “At the outset, because this is a safety-critical component, there was a lot of investigation, development and design of processes at DB before they could realise the completed part. What was originally a 10-month lead-time for castings was halved once the WAAM route was taken, but in reality we showed during our reconstruction that the process can be condensed into a matter of days, despite having to work with COVID-19 restrictions.

“If a current manufacturing process involves a lengthy lead-time of hard-to-machine material, be it cast, forged or billet, an economical Gefertec solution may be a viable commercial alternative to subtractive machining.”

The video is available at
https://kingsburyuk.com/3DMP