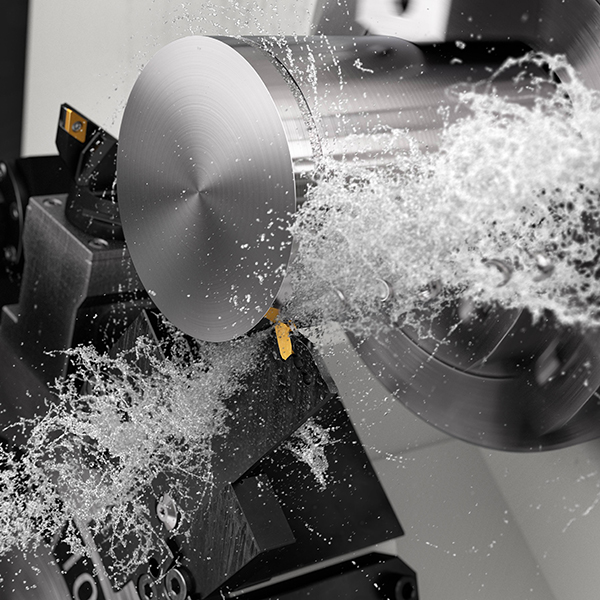 Sandvik Coromant has unveiled a new blade for its CoroCut QD parting-off system, which in combination with new process methodology, improves the tool’s stability by realigning the resultant cutting force. Among the benefits said to be available are improved productivity, enhanced surface quality and reduced noise levels. 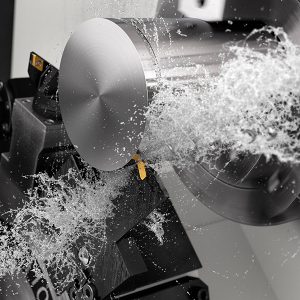 In conventional parting-off tool configurations, the capability of feed motion in the XZ plane is an inherent limitation. When performing parting operations, the resultant vector of cutting forces is inevitably directed sharply across the tool’s cross-section, leading to high loads and potential deformation.
As a remedy for the situation, Sandvik Coromant has developed a solution that takes advantage of capability in modern turning centres and multi-task machines to feed the tool in the Y direction. In the new concept, the top face of the insert is placed parallel to the end of the blade, as if rotating the insert seat 90° anti-clockwise. The new blade cuts its way into the workpiece with its front end, which roughly aligns the resultant vector of cutting forces with the longitudinal axis of the blade. FEM analysis confirms that this process eliminates the critical stresses typical to conventional blades and increases blade stiffness by six times compared with standard designs. With enhanced stiffness, customers can increase feed rates or use a longer overhang without losing stability.
The new CoroCut QD blades come in widths of 3 and 4 mm. Standard length versions (in both 3 and 4 mm widths) are offered for parting up to 120 mm diameter, as well as an extra-long 4 mm wide blade for parting up to 180 mm diameter.
For further information www.sandvik.coromant.com