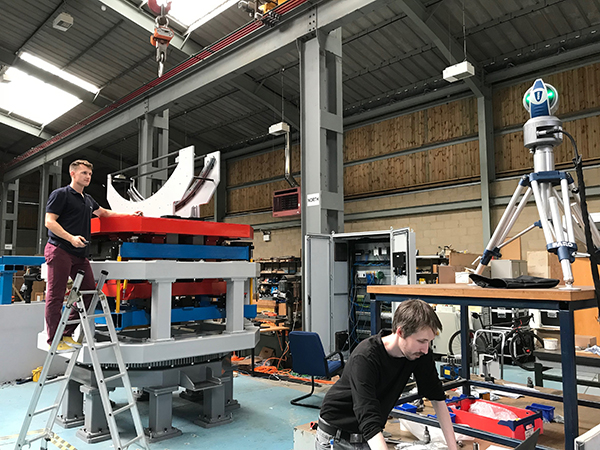 The latest metrology innovations are proving popular at Sussex-based Ate Aerotech, which specialises in aerodynamic test equipment, typically for wind tunnels used in the motorsport and aviation industries.

Before a wind tunnel test is undertaken, it is vital to calibrate the positional accuracy of the system’s various movable elements, which enables the company’s control algorithms to achieve the required intricate and precise profiles. Faced with the need to perform 3D metrology procedures in such a large-scale environment, Ate Aerotech recently searched for a precise, non-contact co-ordinate measuring system that could provide high levels of calibration accuracy, along with ease and speed of use. Having considered several options, Ate purchased a VantageS laser tracker from Faro, which was to be incorporated into one of its systems for a Chinese client.

The laser tracker soon proved its ability to provide the required challenging levels of accuracy over long distances. Ate Aerotech staff perform wind tunnel calibration tasks by plotting the position of each of the system’s moving parts at their start positions. Then, when each element is traversed throughout a predetermined grid pattern, a series of further readings is taken. The precision of the captured data allows micro adjustments to be made so that the maximum accuracy potential of each Ate Aerotech system can be realised.

Many other uses have been found for the laser tracker, so much so that the company has since invested in a further unit for its own use.
For further information www.faro.com