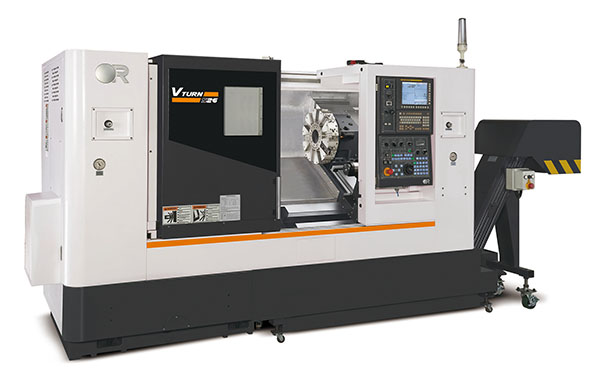 The existing Victor Vturn-26HD has long been pitched at manufacturers with a need for a mid-sized turning centre that delivers power, precision and reliability. Now, Victor CNC has added to this line with the arrival of the Vturn-S26. 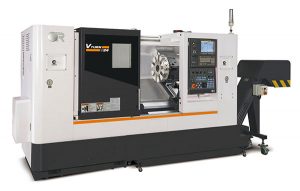 Complementing the existing Vturn-26 HD and VT-A26CM, the new arrival has been re-engineered to provide a host of features that include the option of a servo-powered C axis to offer driven tooling stations. This new facility gives end users the option of the cost-effective two-axis Vturn-26HD workhorse, or the more flexible three-axis Vturn-S26.
As with all Victor CNC machine tools, the foundation for the Vturn-S26 is a large, sturdy single-piece slant-bed. The single-piece design eliminates the possibility of coolant leakage, while the 30° design lowers the centre of gravity to enhance rigidity and performance. In addition, the new configuration provides a large swing diameter that enables end users to load larger billets.
The performance of the Vturn-S26 is encapsulated in its 18/24 m/min rapid feed rates and thrust force of 1441 kg/f that reduces chip-to-chip times and elevates productivity. Further contributing to productivity levels is the 12-station live tooling turret. The BMT-65 turret has an indexing time of just 0.8 seconds, while the 4.5 kW motor delivers live tooling speeds of 4000 rpm with high levels of torque, rigidity and repeatability generated from Victor Taichung’s own turret configuration.
Despite its nimble and productive performance, the Vturn-S26 offers a spindle output of 22 kW with 574 Nm of torque, which permits heavy-duty cutting.
For further information www.victorcnc.com