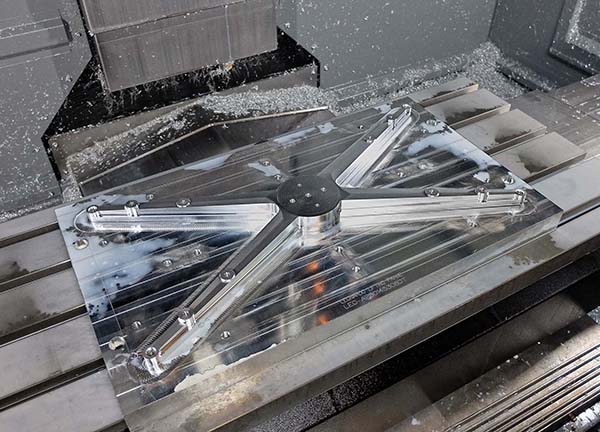 Almost every component machined on the five Hurco three-axis machining centres at Scottish subcontractor Euro Precision is programmed on the shop floor with the assistance of user-friendly menus in the machines’ WinMAX control software. 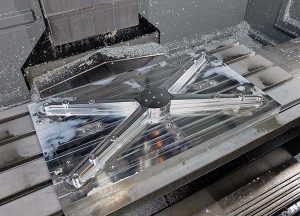 If a profile is relatively complex, as is the case about half the time, it is imported as a DXF file generated in CAD, which the Hurco control reads directly. Sometimes, using the NC Merge feature within the control software, conversational cycles programmed via the CNC touchscreens are combined with data blocks created in an offline CAM system to define more intricate 3D features.
Euro Precision’s production manager Mark Ramsay says: “The Hurco software is very versatile, easy to use, and fast at producing three-axis prismatic machining cycles. So all of our quick turnaround work requiring a lead-time of, say, two weeks, goes through these machines. We simply take a drawing down to one of our setter-operators and very often they have the job running within an hour. It is faster than if we had to wait for the offline department to produce the program in our Esprit CAM system, as there is usually a backlog of work for our five-axis machines.”
Established over 25 years ago originally as Technicut (in Auchterarder) by Liam Torrance, who in 2009 took over Qualtronic located in the company’s current 30,000 sq ft premises located in Glenrothes, Fife, Euro Precision specialises in supplying complex precision components and assemblies. The current tally of Hurco machining centres at the subcontractor’s production facility includes a VM1, VM2 and VMX24 with WinMAX twin-screen control predecessor, Ultimax. Previously in operation at Technicut, these machines have been joined by a VM30i and a VM20i with a 4th axis.
For further information www.hurco.com