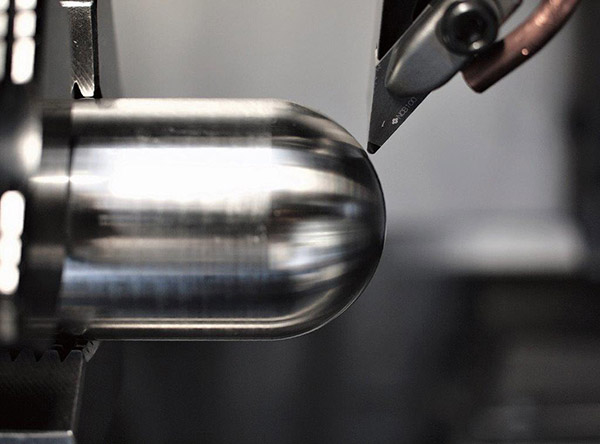 NCB100 from Sumitomo Electric Hardmetal is a newly developed cutting tool material specifically for hard-to-machine, high-specification workpiece materials. The use of NCB100 enables tool life to be increased by a factor up to 50 times when compared with more traditional carbide cutting inserts, says the company. 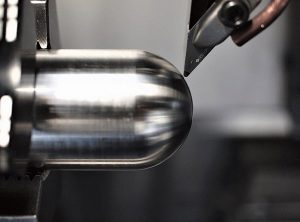 Sumitomo has introduced its first cutting insert produced from NCB100, an ultra-hard binder-less polycrystalline cubic boron nitride (BL-PCBN) cutting material, using a newly devised method of direct conversion sintering. Binders and the volumes used in producing cutting inserts can have a significant influence on mechanical and thermal properties, and hence performance, an area that Sumitomo’s binder-less development is said to overcome.
NCB100 has high levels of hardness, strength and thermal conductivity that will surpass conventionally sintered PCBN compacts containing binder materials, says Sumitomo. As a result, NCB100 creates high orders of wear resistance and stability from the cutting edge of the insert. This capability is critical when machining difficult, non-ferrous materials such as titanium alloys, cemented carbides, hard ceramics, and Ni-based heat-resisting and cobalt-chrome (Cr-Co) alloys used in medical applications.
Sumitomo reports that NCB100 has been proven in finish-turning trials against established carbide grades, where significant levels of tool life improvements have been achieved despite inserts being run at cutting speeds up to 200 m/min. The material has also been found to be highly stable when finish-turning Co-Cr alloys used, for instance, in medical hip joints. In addition, the insert material can be applied to
high-speed milling applications such as the finishing of titanium alloys and nickel-based heat-resisting alloys, at speeds up
to 700 m/min.
For further information www.sumitomotool.com