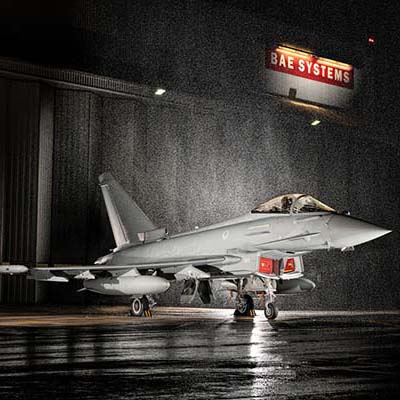 The German Air Force has placed a £1.3bn order with BAE Systems to support the production of 38 Eurofighter Typhoon aircraft. Work will commence in 2021 at BAE Systems’ sites in Lancashire, maintaining continuity of Typhoon production through to the mid-2020s and sustaining high-value engineering roles in the north of England. More than 5000 BAE Systems employees directly support the Typhoon programme in the UK, underpinning a further 10,000 jobs in the UK economy as a whole.

BAE Systems will deliver more than a third of the components for each of the new Typhoons ordered by the German Air Force, including the aircraft’s front fuselage and tail. These parts will also include a number of 3D-printed components, such as the environmental cooling system for the Typhoon’s next-generation radar. The Airbus plant in Manching, Germany will undertake final assembly.