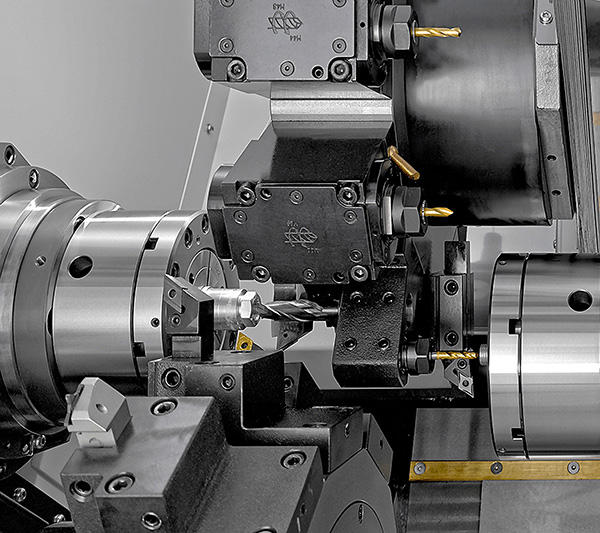 A second pair of Miyano BNE-51MSY turn-mill centres from Citizen Machinery UK has been installed at contract machinist Unicut Precision of Welwyn Garden City. Joining two identical twin-spindle, twin-turret lathes with live tooling and a Y axis supplied at the end of 2017, the latest arrivals form the mainstay of efficient production for complex components used in the hydraulics industry, which accounts for a large proportion of Unicut’s business. 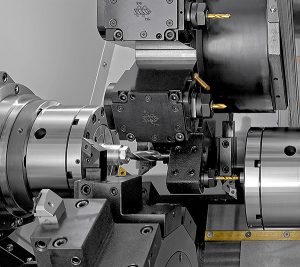 Unicut was established in 1990 by 24-year-old Jason Nicholson and a partner, who has since left the company, in a double garage in Barnet. Back then, the company had just £5000 to spend on second-hand manual and cam-controlled machines, but progressed to CNC turning in 1993. In 2017 the company diversified into prismatic machining with the purchase of a multi-pallet machining cell, followed quickly by a second. A third cell is now on order for delivery later in 2019, which will be a record year for capital investment at £2.3m.
Over the years, Nicholson has bought 104 CNC lathes, 93 of which were either Citizen Cincom sliding-head models or fixed-head lathes from Miyano, which merged with Citizen in 2011. Today, Unicut operates 22 Cincom lathes with up to 13 CNC axes, 80 cutting tools and 138 bar coolant pressure, as well as eight Miyano machines deploying up to 72 cutters. The machines are usually replaced every five-to-seven years, to take advantage of the high residual value of the lathes at that age.
While turning machines have been sourced mainly from this supplier, each purchase is rigorously analysed by Nicholson with respect to machine cost and achievable cycle times to ensure lowest cost per part and the most rapid return on investment. Ease of machine integration and use, and the desired quality of component, are also paramount considerations. Additionally, prompt provision of service is an important deciding factor. 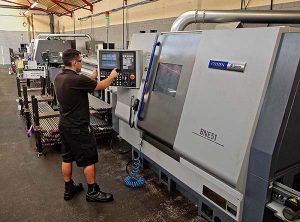 In 1999, the first Cincom sliding-head lathe was delivered to Unicut, a 12 mm bar auto, and within a year three more were installed, followed three months later by a 32 mm model. The first Miyano appeared on the shop floor in 2002. The CNC lathes replaced cam-controlled turning machines, which had all gone by 2003. CNC equipment was by then achieving similar cycle times to cam-type lathes, with the added advantages of higher quality and unattended running, including overnight, leading to much higher profitability.
To distinguish Unicut from other subcontractors, Nicholson decided early on to adopt a different business model by approaching OEMs, analysing their main cost drivers, investigating the possibility of re-engineering components for more efficient production, establishing desired cycle times, identifying machine tools needed to produce parts within those times, and then proposing to make the required capital investments, subject to the manufacturer’s commitment to a fixed-term contract. Strategic supplier status is what Unicut seeks in its business relationships with customers, and 80% of throughput at the Welwyn Garden City factory is produced on this basis.
For machining larger diameter parts, a 51 mm capacity Miyano costs about the same as a top-end 32 mm Cincom sliding-head model. Unless a high component length-to-diameter ratio dictates otherwise, Nicholson prefers the fixed-head option based on a number of factors, including rigidity, thermal stability, value for money and speed. Bar capacity is greater, offering more flexibility; spindle power is higher, leading to increased productivity; cycle times are comparable; access is easy for setting up, despite the compact machining area; and the Mitsubishi control supports superimposed machining whereby three tools can be in cut at the same time, a facility regularly used at the Welwyn Garden City facility for elevated levels of productivity. 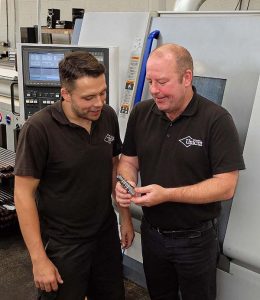 Once a BNE-51MSY is set, Nicolson says that it will produce a run of say 1000 components to very high accuracy without having to touch the machine by the simple expedient of including macros in the program to offset tools automatically after a predetermined number of parts have been produced. Tolerances down to ±2 µm can be held and surface finish is described as impeccable. He favours the Mitsubishi CNC system fitted to Miyano and Cincom lathes due to its flexibility and ease of operation using the drop-down menus and comprehensive graphical support. Citizen’s
off-line Alkart Wizard software helps to ensure jobs quickly enter production. However,
for larger production runs, time can generally be cut from a cycle by tweaking the program at the control.
Citizen’s operating system in the CNC system fitted to one of Unicut’s Cincom sliders features patented LFV (low frequency vibration) software that operates in two CNC axes simultaneously, allowing stringy swarf to be broken into shorter chips of a length to suit the material being cut and the swarf conveyor. The feature is popular with operators, as it enables uninterrupted production without having to stop the lathe due to ‘bird nests’ clogging the workpiece and tools.
Citing a 320 stainless steel part that was previously impossible to run unattended, even during the day yet is now routinely left to run lights-out with LFV, Nicholson says: “The feature is easy to use and does not require any special skill set. The software can be switched on and off, either manually or within a program, and parameters can be adjusted. It is especially good for processing plastics unattended, as well as other difficult-to-machine metals such as Duplex and titanium. It just works.”
In conclusion, he shares his thoughts on the current buoyancy of the subcontract machining sector due to the weakness of the pound against overseas currencies. This factor has cut 20% from the price of components that Unicut exports and boosted turnover, despite raw material, and indeed the equipment on which to machine it being more expensive. The firm’s first order from China
was delivered in August this year and exports overall currently account for 40% of turnover, up from 10 to 30%
in previous years.
For further information www.citizenmachinery.co.uk