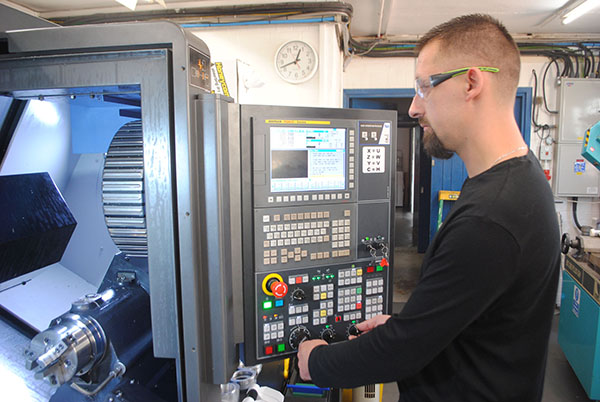 A series of seemingly unrelated events came together to create a win-win situation for a Mills CNC machine user and a CNC Training Academy customer. 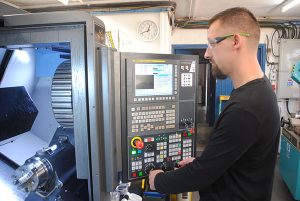 Earlier this year when Kettering-based hydrant flow meter manufacturing specialist, Langham Industrial Controls, was seeking a new member of staff to operate its recently acquired FANUC-controlled Doosan Lynx 220 LSYC lathe, the company approached Mills CNC, who supplied the machine, as well as members of staff at the CNC Training Academy (a division of Mills CNC), to see if they knew, or had trained, someone who might be interested in taking advantage of such an opportunity.
It just so happened that, just a few weeks earlier, the CNC Training Academy had trained Krzysztof Zasadzki, a man who, for many different reasons, had made a positive and favourable impression on academy staff. Zasadzki was offered the position and started work at Langham Industrial Controls in May 2019.
Says director Nigel Langham: “I contacted the CNC Training Academy to see if they knew anyone who could be suitable for the setter/operator position. Krzysztof was mentioned in glowing terms.”
Since May 2019, Zasadzki has attended further courses (Fanuc Manual Guide i) at the CNC Training Academy. In only a few months he is now setting up, operating and programming the Lynx 220 lathe.
The 8” chuck Lynx 220 lathe at Langham Industrial Control is equipped with a sub-spindle and driven tools, and has Y-axis capability. Since being installed back in 2016 the lathe has been busy machining high accuracy components in small volumes from a range of different materials that include aluminium, steel and plastics.
For further information www.millscnc.co.uk