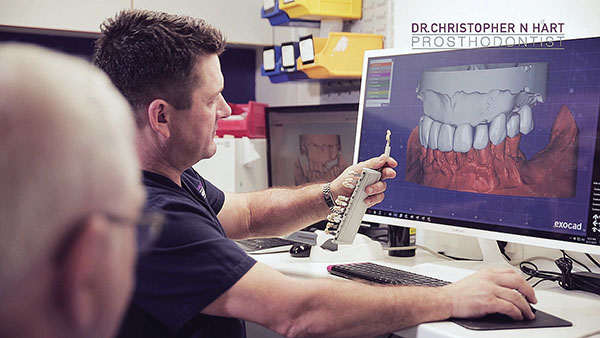 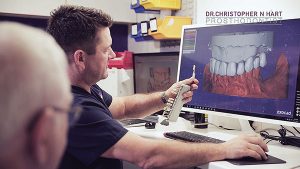 An experienced prosthodontist specialising in pioneering practical and cost-effective solutions, Hart has made a name for himself as an innovator and leader in his profession. Once he has gained his Bachelor of Dental Science from the University of Melbourne, Hart built up expertise in a variety of patient care environments by working as a dentist. After earning his Master of Dental Science degree, he was selected to be part of an international team of implantology scholars, an accolade that took him to the University of Bern in Switzerland, where he was mentored by world-renowned faculty member Professor Daniel Buser, both at the university’s dental medicine clinic (ZMK) and its department of surgery.
Upon returning to Australia and working in both private practice and hospital settings, Hart discovered that he could not find adequate prostheses to serve the functional needs of oncology patients. So, he decided to make those parts himself. Thus, PartMaker was born in 2012. Describing himself as ‘an engineer trapped in a dentist’s body’, Hart’s entrepreneurial spirit is driven by his passion to make a real difference in the appearance, comfort and confidence of patients. 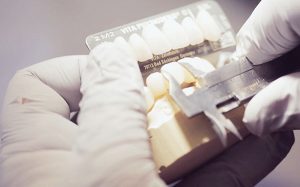 “Before we started making our own components, we were heavily modifying existing parts,” he states. “That means we were basically butchering really well-made parts in order to remedy simple problems, like patients not being able to open their mouths wide enough to accommodate available screwdrivers.”
The solution was obvious. Hart started making his own parts and instruments.
“Back in 2012, we started making everything with milling machines,” he says. “I even went to night school and earnt a certificate in CNC programming, so I could get a better understanding of manufacturing technology.”
Hart never intended to buy a lathe, but he found that the dental implants and maxillofacial hardware he needed to produce, were beyond the capabilities of simple milling.
“With so many dental parts being too long or too short, and with existing systems going in and out of fashion, I really saw a need for bespoke, custom dental and biomedical parts,” he says.
Implants require turned components, so among PartMaker’s early purchases were a Tornos ENC 264 four-axis lathe and a Tornos Delta 20. 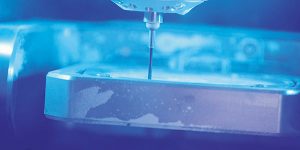 “Being new to Swiss-type turning and CNC machining as a whole, we had a pretty small wish list of parts to make. Peter Staebner at Tornos agent SwissTec Australia was instrumental in helping me get our first few parts made with the Delta 20. I would go into the shop after work and Peter helped me at the weekends, and we got our wish list accomplished.”
Before too long, Hart saw that Tornos Swiss-type technology opened up a whole world of possibilities. However, even running the Delta 20 all day, the company was limited in the parts it could produce. Enter the simple and ergonomic Swiss GT13, offering easy access to all tool positions and designed to drive the successful production of long and short parts.
“It has six linear axes, so it allows us to make some parts that we can’t produce on the Delta 20, and we can use 99% of our existing programming with the new machine,” says Hart. “The Swiss GT13 is so much easier to use than our old machine.”
Accommodating up to 30 tools, including 12 rotating tools, the Swiss GT13 has a Y axis that increases machining capability in secondary operations and allows some complex workpieces to be produced without reworking.
Hart points out that the new machine is slashing PartMaker’s cycle time on many parts simply because of the additional access it provides: “It’s easier to set up and its cycle times are significantly faster. In fact, because of the easier access, we’re saving 40% in cycle time on a lot of components. I know we’re not using our Swiss GT13 to its fullest capabilities yet, but that’s the goal. It’s already optimising our manufacturing. Now that we have two machines running, our ability to keep on top of orders is significantly improved. It has enough tool positions that we’ve got it set up to produce families of parts for our three main lines.”
Moreover, Hart is impressed with Tornos TISIS communication and programming software: “With TISIS, it’s a lot easier to generate programs for our parts because we’re really just assembling programming modules. The software is easy to use and I estimate that it is saving us 50% in time spent on programming because we’re not writing a new program for every different component to be produced.”
To say that Hart is pleased with his purchase is an understatement. One example, he says, is the “amazing job” the new machine does with an original PartMaker dental abutment featuring a complex taper geometry, external threading and a milled octagon. The component, with its M1.4 thread to a depth of 4 mm through a 1.2 x 1.5 mm deep hexagon, is easily executed with the addition of the Swiss GT13. In fact, PartMaker has become so productive with its Swiss GT13 that Hart has ordered an optional bar feeder. 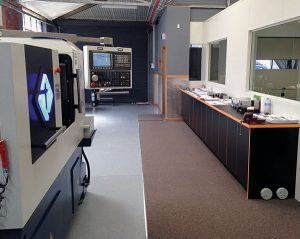 “We’re achieving results that we thought existed only in technical drawings,” he says. “For the past five years, we’ve been relying on our own homemade bar feeder, but today we’re chewing through the bars a lot faster.”
With Tornos technology, SwissTec expertise and his own ingenuity, Hart looks to the future with confidence: “I have a dream for PartMaker to end up with six Tornos lathes and four milling machines. Of our customers, half are international, from the US, Canada, Taiwan and Mexico. With the increasing uptake of CADCAM in dentistry, dentists are realising the possibilities of what’s available from dental implant companies, so we know the potential for custom machining is there.”
For further information www.tornos.com