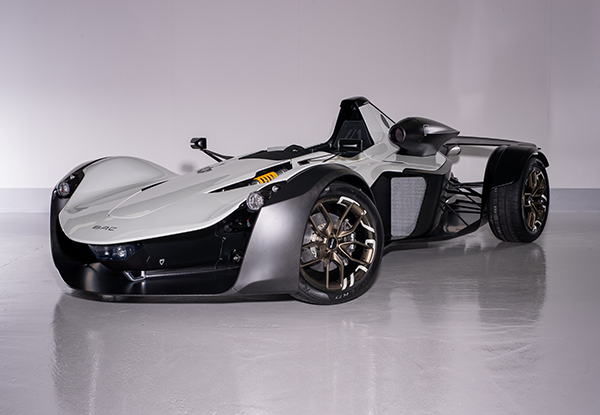 So, how can the production of a fully functional air intake prototype be reduced from two weeks to just a few hours using a Stratasys F900 3D printer? Well, for the answer, just ask Briggs Automotive Company (BAC), the British manufacturer of the recently launched Mono R, which has revealed the impact that additive manufacturing is having on the design and production of the latest edition to the BAC elite supercar offering.
When faced with detrimental delays to the design process of an essential airbox, the team at BAC turned to Stratasys FDM additive manufacturing to produce fully functional prototypes in record time and improve final, on-road performance. 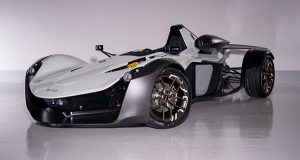 The Mono R is the company’s most complex car to date, comprising years of thought and thousands of hours of research. Mono R weighs just 555 kg and is the first production car in the world to incorporate the use of graphene-enhanced carbon fibre in every body panel. In order to meet the necessary criteria, the design had to be lighter, more efficient and slicker than any preceding supercar. The team faced a significant challenge, one which could not afford any hiccups.
One such challenge was the design and testing of the Mono R’s innovative air intake. Essential for the car’s cooling and on-road performance, the airbox features extremely complex and unique geometry, with the final part needing to be produced entirely in carbon fibre. Such rigorous demands meant that the production of a prototype using traditional methods presented a huge hurdle for the team. Naturally, the aim was to avoid lead times and costs from potentially spiralling, while ensuring no compromise to the performance and functionality of the prototype itself.
The final design of the airbox required expensive tooling, while the carbon-fibre production process proved labour intensive. It quickly became apparent to the design team that creating a prototype using traditional machining was simply unfeasible. 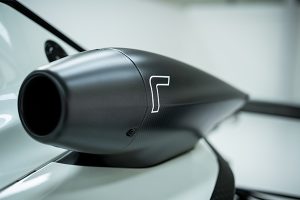 Ian Briggs, BAC design director, explains. “The lead time to produce one prototype of the airbox using traditional machining methods surpassed two weeks. If there were any problems with the prototype produced, then any design iterations would add double that amount of time. This was a delay we just couldn’t afford.”
The team at BAC turned to additive manufacturing as the solution, and sought the help of Stratasys and its UK platinum partner, Tri Tech 3D. Using the Stratasys F900 production 3D printer, the team produced the airbox in just a few hours, which was then fitted to the car and put through its paces to assess the part’s design and performance.
“Access to quick, efficient, industrial-grade additive manufacturing was a game-changer for this development process,” states Briggs. “Within hours we were able to produce an accurate 3D-printed prototype of the airbox and install it on the car for testing. This enabled us to reduce our design-to-manufacture time significantly.”
However, it was not just turnaround times that the team had to consider. The Mono R can reach top speeds of 170 mph, with its power surpassing 340 bhp and its power-to-weight ratio reaching 612 bhp-per-tonne. As such, every aspect of the design was crucial to the success of the car. With temperatures expected to surpass 100°C degrees, any prototype produced needed to withstand intense conditions during test drives.
Thanks to the engineering-grade materials accessible on the Stratasys F900, the team was able to produce the prototype in Stratasys’ Nylon 12CF material. A carbon-fibre reinforced thermoplastic that
can endure temperatures of over 140°C, Nylon 12CF offered the design team the chance to test the prototype in as close a material as possible to the real thing.
“Access to the carbon-fibre reinforced Nylon 12CF was integral for this development process,” explains Briggs. “The prototype was as close performance-wise as if we had produced the prototype in carbon-fibre reinforced plastic made from a mould. It also withstood the tests on the track with ease.”
The overall appearance of the Mono R is 20 mm lower and 25 mm longer than its predecessor, meaning that every single millimetre matters. In order to effectively test the airbox, it needed to be accurately fitted to the car, with no room for error. However, the geometry of the airbox was complex – and incredibly large.
“The freedom of design offered by Stratasys’ industrial 3D printers was essential for the airbox,” says Briggs. “We were able to tweak the design and not worry that the final 3D-printed version wouldn’t match the exact size or geometry we needed. Today, our team at BAC has shifted its mindset to design with additive manufacturing in mind. 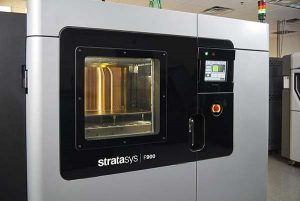 “The development of the Mono R needed ultimate precision, something to which additive manufacturing lends itself perfectly,” he adds. “We saw this first-hand with the use of Stratasys’ industrial system in the production of the airbox, and for the first time its effects were felt throughout the car. This is just the beginning for BAC in discovering what additive manufacturing can offer us as a design team, and how we can continue to push the boundaries of our industry.”
For further information www.stratasys.com