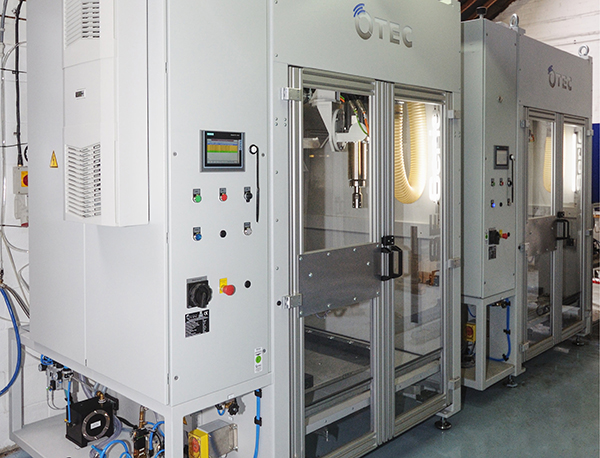 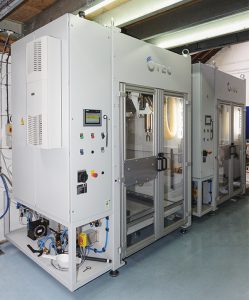 Fintek operations manager Jamie Phillips says: “The difference Pulsfinish makes to mass finishing is substantial. Pulse finishing produces rapid relative motion between the media and workpiece by quickly changing the rotational direction of the work-holding heads in a programmed and controlled way. High-speed acceleration and deceleration increases the finishing forces exerted on the workpiece, making it possible to accurately and evenly deburr, round and smooth surfaces from Rpk 0.2 µm to 0.1 µm, in under a minute.
“The pulse-finishing equipped SF machine is ideal for meeting the needs of the aerospace, high level motorsport, automotive, medical device and tool making industries,” adds Phillips.
Another important sector where ‘Pulsfinish’ is set to make a difference is the mass finishing of additively manufactured components. Recently, Fintek used the system as part of an Innovate UK sponsored research project that brought together a team of experts under the leadership of Croft Additive Manufacturing (CAM). The project also included Liverpool John Moores University (LJMU) and the Manufacturing Technology Centre (MTC).
In addition to Fintek’s subcontract services, the company is also the UK agent for OTEC Präzisionsfinish’s range of centrifugal disc, drag and stream-finishing systems. Everything from stand-alone units to fully automated systems for inline production are available from Fintek, along with process media, consumables and expertise.
For further information www.fintek.co.uk