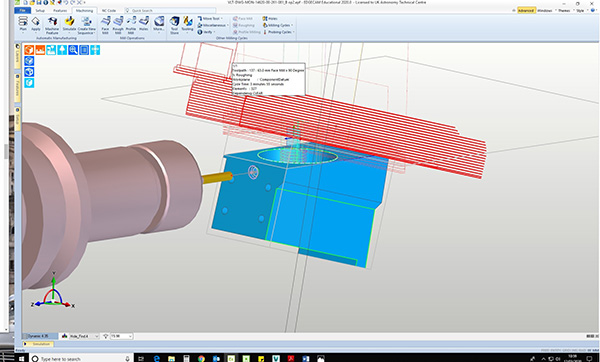 The UK Astronomy Technology Centre is working on two separate instruments that will teach astronomers far more about the universe than is known at present. Some of the parts are manufactured using tool paths created by Edgecam CADCAM software, and then measured to high accuracy using a Hexagon Global CMM. 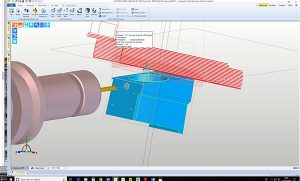 The instruments will be fitted into the VLT (Very Large Telescope) at the Paranal Observatory in Chile – one of the most productive ground-based telescopes in the world.
One instrument is known as MOONS – Multi-Object Optical Near-infrared Spectrograph – which looks at many astronomical objects simultaneously, while gathering information from them all. The 75 mm square components for the precise calibration system which forms an essential part of the instrument, took a couple of hours to program with Edgecam. With the parts being used for holding optics, calibration was vital to ensure the incoming light source goes to the correct place. This outcome was achieved with the ATC’s Hexagon Global CMM, which checked the bores and positional tolerances of the components in the assembly.
The other instrument is ERIS – Enhanced Resolution Imager and Spectrograph – which will use the VLT’s adaptive optics to remove distortion from the atmosphere as the team hunts for planets outside the solar system.
The mechanisms for ERIS had to be within 10 µm for everything to line up, and the ATC used the CMM to guarantee that accuracy. Each individual mechanism was placed on shims attached to the optical bench. Measurements were taken to determine the centre of the mechanism and to make sure it was square and parallel. Shims were machined to bring the mechanism into the correct position, before the mechanism was rechecked. When the team was completely happy with each one, all components were placed together and a final optical check was performed.
For further information www.hexagonmi.com